The Black Triangle Incident: The US and British military keep the details of the plane that crashed at Boscombe Down in 1994 under wraps 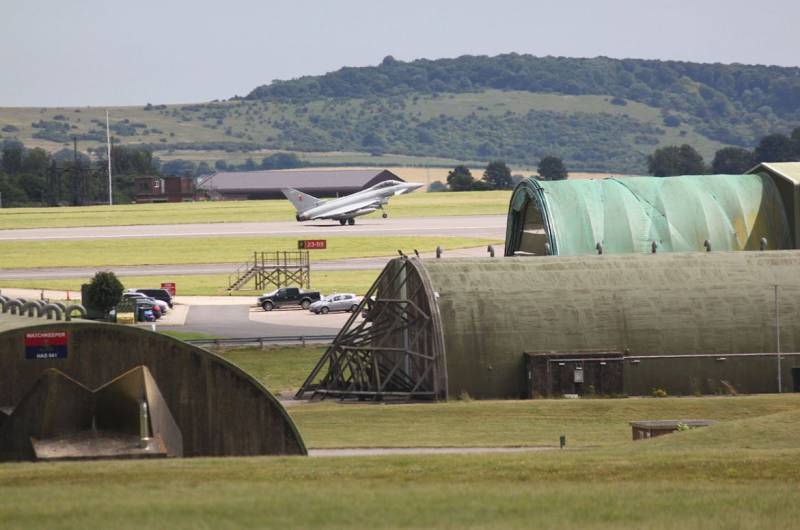 On September 22, 1994, the British living in settlements near the Boscombe Down air base reported an incomprehensible noise that was approaching the area of ​​the base. The next day, residents again reported hearing a noise similar to that of a freight train. In principle, there was little surprise in such a noise, given the specifics of the airbase, but about everything in more detail.

The Royal Air Force's Boscombe Down Base has long been the main site for testing and evaluating new British military aircraft. aviation... In 1917, the base was built, and then the British Center for Research and Testing of Aircraft and Weapons began to operate it.

In Boscombe Down, promising aircraft were tested and recovered foreign aircraft were studied in order to analyze foreign experience and technologies of aircraft construction. During the period under review, the first half of the 1990s, the base was operated by the Defense Assessment and Research Agency (DERA).

September 1994: exciting events at the airbase

But back to the events of the third decade of September 1994. On the evening of September 26, as a result of an unknown aircraft malfunction, the runway of the Boscombe Down airbase was stopped. The wrecked plane was quickly covered with tarpaulins, and ambulances surrounded it. Eyewitnesses said that the rear of the aircraft was raised, which could indicate a breakdown of the nose of the aircraft. The aircraft was moved to a hangar, where it remained for the next two days.

Eyewitnesses then reported the arrival of a British Army Special Operations Force at Boscombe Down. According to some reports, an Agusta A109 helicopter belonging to the SAS (Special Air Service) covert airlift unit and a Chinook helicopter from the 7th Royal Air Force Squadron, also involved in supporting the British Special Operations Forces, arrived at the airbase.

It was also reported that several unusual aircraft had arrived at the airbase. Among them was, for example, the US Air Force C-12 Huron, which is used by the Department of Defense for priority air travel throughout Europe. In addition, a Boeing 707 flew to the base. According to some reports, the last aircraft purchased by the US government in 1992 was used for the secret needs of the US Central Intelligence Agency and the US Air Force Special Operations Command.

On September 28, 1994, eyewitnesses accidentally saw how a partially covered aircraft was removed from the base hangar. It was charcoal gray with tilted twin tail fins and was about the size of a large fighter. But no one could identify the model of the plane. Its removal from the hangar followed the arrival of the US Air Force C-5 Galaxy at the base.

Of course, the British War Department, like the Pentagon, denied the incident at Boscombe Down airbase. However, the information leaked, and unnamed officers of the Royal Air Force acted as newsmakers of the British and American media. That is, the information about the event was received by the journalists practically at first hand. Today they write about it in The Drive.

Scout, transport plane, or something else?

According to Brett Tingley, the crashed plane could have been one of quite a few reconnaissance stealth aircraft used by the US Air Force. Eyewitnesses of their flights called such airplanes nothing more than "black triangles" - because of their color and specific shape. 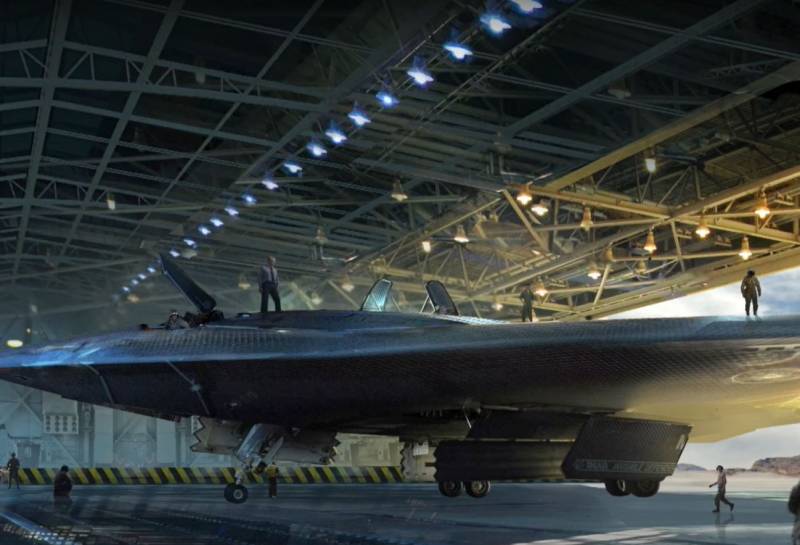 At the same time, there was no convincing evidence of the existence of a new reconnaissance aircraft. Moreover, just during the period under review, satellites were actively developing, which were much more effective than traditional aerial reconnaissance, and the popularity of the latter was steadily declining. American aircraft designers could not fail to take into account current trends, so it is possible that the incident at Boscombe Down occurred with the TR-3A subsonic tactical aircraft.

As Tyler Rogoway emphasizes, such aircraft did exist in the first half of the 1990s. In addition, at that time, work was underway to create small, stealthy tactical transport aircraft for the needs of special operations forces. They also had to go unnoticed to covertly deploy spetsnaz units to carry out top-secret missions.

Another analyst, Thomas Newdick, admits the possibility that the plane crashed at Boscombe Down could be a foreign-made aircraft, somewhere captured and rebuilt at a British air base for study. After all, the center located at the airbase specialized, among other things, in the restoration of foreign aircraft.

Joseph Trevithick, having sent a journalistic request to the US CIA, received a rather interesting reply: a responsible CIA official advised him to contact the Department of Defense and the Air Force for further comments. However, the Air Force Security Center said they were unaware of any incident at a British airbase in 1994. Nor were there any intelligible answers from the British War Office and the Royal Air Force of Great Britain.

It turns out that almost thirty years later, the incident at Boscombe Down is still a mystery under seven seals. And this allows us to make a variety of guesses and build the most unimaginable versions as to what kind of secret plane the British and Americans were hiding and why there is still silence about it.