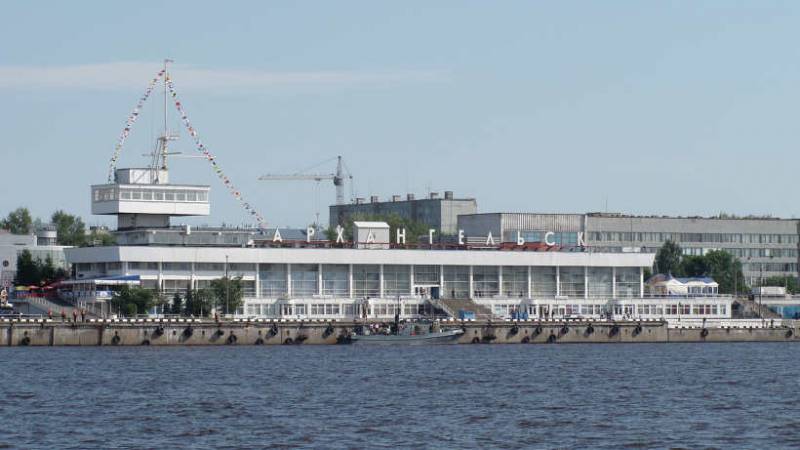 The development of the Arctic was always very difficult for the Soviet and Russian statehood history... First of all, these are gigantic expanses that occupy 18% of the territory of Russia, where no more than 2% of the country's population live. In absolute terms, this is about 2,4 million people.

The initial logic of the leadership of the Soviet Union boiled down to large-scale development of the Arctic with the construction of large processing plants and infrastructure development. That is, to put it simply, no one really thought about the payback of projects and, moreover, about what the further operation of the erected would cost.

It is for this reason that many cities have appeared in the Arctic zone, in which people live in extreme conditions all year round - Salekhard, Naryan-Mar, Norilsk and many others. By the way, 40% of the total population of this entire region of the Earth lives on the territory of the Russian Arctic. At the same time, the total area of ​​the world Arctic is about 25-27 million square meters. kilometers, of which Russia owns only 3 million.

To understand the imbalance that formed during the Soviet era, it is enough to look at the settlements of the Arctic territories of Canada and Russia. In Northern Canada, partly related to the described region, there are about 100 thousand people. In Danish Greenland, there are just over 55 thousand. In the Russian Arctic, we repeat - about 2,4 million people. The infrastructure created in Soviet times is now a serious burden on the Russian budget. Yakutia, Chukotka and the Arkhangelsk region have been subsidized regions of the country for many years. The rest are either middling or barely making ends meet. There is only one exception - the Yamalo-Nenets Autonomous Okrug, which from year to year demonstrates an enviable growth rate of welfare. 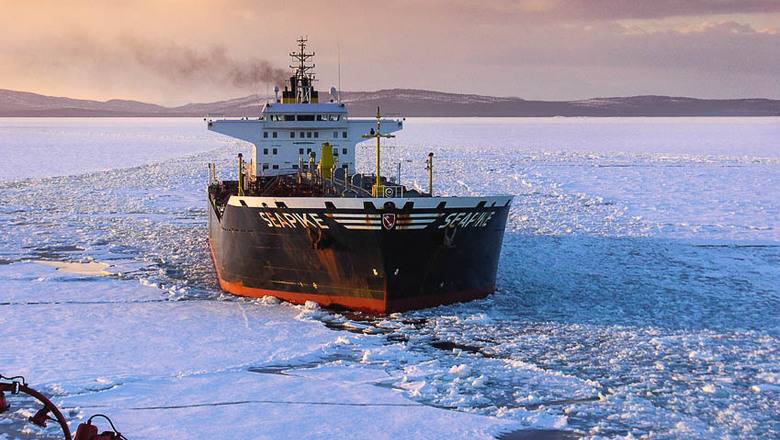 With such a costly legacy, Russia needed to do something. Nobody was going to leave the Arctic to its own devices - the natural resources here are of global importance, which have not yet been fully explored. But no one was going to continue the development according to the "Soviet model". Attracting private investors who know how to count money and risks turned out to be one of the ways out.

In 2002, in addition to government agencies, Lukoil, Rosneft and Gazprom were included in the Council for the Problems of the Far North and the Arctic. From the practice of building cities with hospitals, kindergartens, schools and everything else, they moved to compact rotational camps with autonomous power supply. It turned out that it is much cheaper not to cut roads in the permafrost to the continental Russian south, but to deliver the mined by sea to Murmansk or St. Petersburg, for example. Or directly for export, bypassing Russian ports.

Global warming, which is driving the Europeans crazy, played into the hands of the nascent Northern Sea Route. The ice gradually began to recede, simplifying not only navigation, but also the extraction of natural resources on the shelf. However, it turned out to be beautiful only in theory.

Since 2015, the Russian leadership has planned to develop the region according to the model of localized centers - Kola, Arkhangelsk, Nenets, Yamalo-Nenets, Vorkuta, Taimyr-Turukhansk, North Yakutsk and Chukotsk. It would seem logical - the creation of such “growth points” on the Arctic map will save resources and time. The concept said, in particular

"Focal type of development on the basis of large deposits of strategic types of minerals, both today and in the future, remains the only acceptable in the Arctic."

But already in September 2020, an updated strategy appears, providing for the development of the Russian Arctic region as a single macroregion. This means that the Russian leadership is partially returning to the Soviet model of the widespread settlement of the Arctic. This is largely due to the hopes for the development of another regional megaproject - the Northern Sea Route. The state's plans for it are simply grandiose. The task was set to compete with the Suez Canal and its own Trans-Siberian Railway. 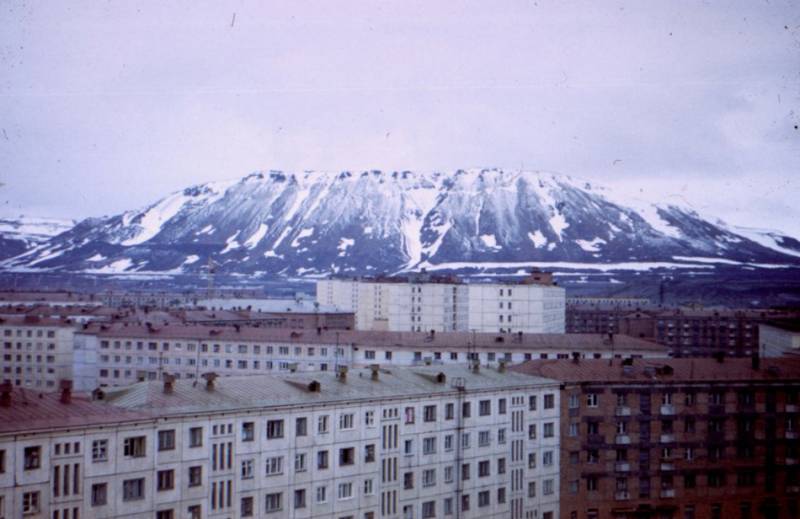 Arctic Norilsk. Source: muzeiludei.ru
When the container ship Ever Given closed the Suez Canal on March 29, Russia began to advertise the reliability and benefits of the Northern Sea Route. If you take an icebreaker with you, then there is simply no place to get stuck on it. But for now, shipping merchant ships across Russia's northern coastal edge is very risky and challenging.

In 2018, a container ship Venta Maers passed through the Vladivostok - Busan - St. Petersburg route as an experiment. Since then, no one has dared to repeat such a journey. This indicates poor development of the route, difficult navigation conditions and low final profit. So far, transport operators see no commercial interest in using the Northern Sea Route. The presence of ice reduces the average speed of cargo ships, and the benefits of a short distance no longer seem so real.

In general, there are a lot of interesting things about the calculations of the benefits of using the Russian northern route relative to the route through the Suez Canal. At a speed of 15 knots, a conventional container ship from London to Yokohama along the Northern Sea Route will reach in 18 days. That's two weeks faster than a similar speed across Suez. But such a speed cannot be achieved on the Russian route - a maximum of 9 knots. At this rate, the container ship will sail through the northern seas for exactly the same 32 days as through the Suez Canal. But that's not all.

Container ships must enter ports to replenish supplies at least every 3-4 thousand kilometers. And the Russian sea route so far cannot offer anything of the kind. The operator of a cargo ship is forced to take on board more provisions and fuel, which means less payload. The benefits of a shorter route (40% shorter than the Suez route) are offset by high associated costs. For example, for the services of an icebreaker, without which there is still nothing on the Northern Sea Route.

Experts say there is not a single major port from Vladivostok to Rotterdam itself capable of receiving world-class container ships. The advertised port of Sabetta on Yamal is fully occupied by the LNG project. Now, to successfully pass world-class container ships along the 3000-mile zone of the Russian coast, 16 major ports must be built! Each port is not only a receiving terminal, but also a lot of dredging and filling works.

In addition to these problems, the Northern Route lacks icebreakers - from the new series, only Arktika is still in service. For now, there is hope for rapid global warming, when there will be less ice and the average speed of ships' passage will correspond to the world ones. 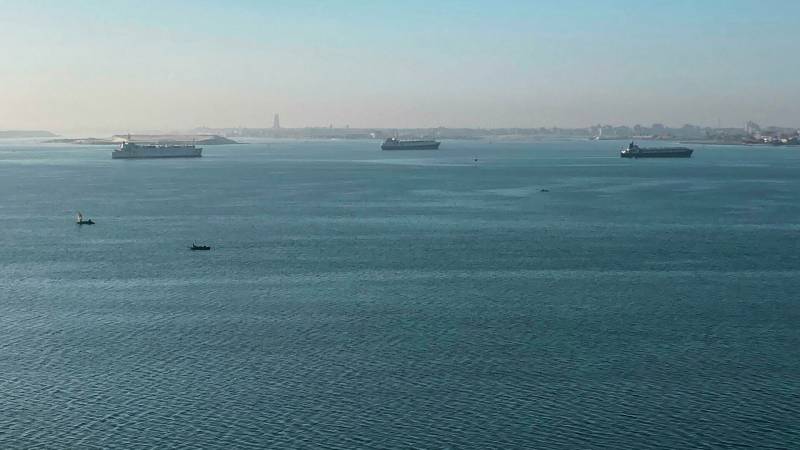 Something similar is dreamed of by government analysts off the coast of the Russian Arctic.
Source: © AP Photo / Sam Madgy
Meanwhile, the government is painting very bright prospects for the Northern Sea Route. By 2024, the cargo turnover on the highway should grow from the current 33 million tons to 80 million. And by 2035, in general, jump to 160 million tons, of which 10 million should be in transit. The most interesting thing is that the figure of 80 million tons should be achieved through export from the inner territories of the Arctic.

The main problems will be associated with the extremely poor development of the eastern part of the Arctic sea route. In fact, there is nothing to the east of Norilsk and will not be for many years. There is no infrastructure, no production facilities, no large ports. For example, Chukotka will be connected to a single Internet network only by 2024, when an underwater optical fiber is pulled up to the region.

The construction of all this in total will cost the Russian budget hundreds of billions of rubles with vague prospects for recoupment. That is, in the future there is no real production and mining base that would allow increasing the cargo turnover on the Northern Sea Route to 80 and, moreover, 160 million tons. The hope for the transit of goods, as we can see from the example of the pilot 2018, is not particularly visible.

Returning to the title of the article, let's try to answer the question: does Russia need the Northern Sea Route? Let's even clarify whether it is needed in the modern sense?

Russia runs the risk of creating a cumbersome structure, investing gigantic funds and facing the lack of demand for the Northern Sea Route. The transformation of the Arctic into a mega-region, its merger with the Far East will gradually turn into an analogue of the Soviet "construction of the century". It will be a pity to abandon this construction site in the future, and there will be no strength left to bring it to the end.

Unfortunately (or fortunately), the Arctic region is not intended for hundreds of thousands and, moreover, millions of people. Too expensive for both health and budget. Only compact living in workers' settlements and a rotational work method.

And the Northern Sea Route is an excellent highway for the quick and inexpensive export of Arctic hydrocarbons and other minerals. No more.

Ctrl Enter
Noticed oshЫbku Highlight text and press. Ctrl + Enter
We are
Situational analysis of the death of the MH17 flight (Malaysian Boeing 777), made on the basis of engineering analysis from 15.08.2014Results of the week. "God forbid to see Russian revolt, senseless and merciless!"
Military Reviewin Yandex News
Military Reviewin Google News
102 comments
Information
Dear reader, to leave comments on the publication, you must sign in.