Depleted uranium munitions: history and consequences of use 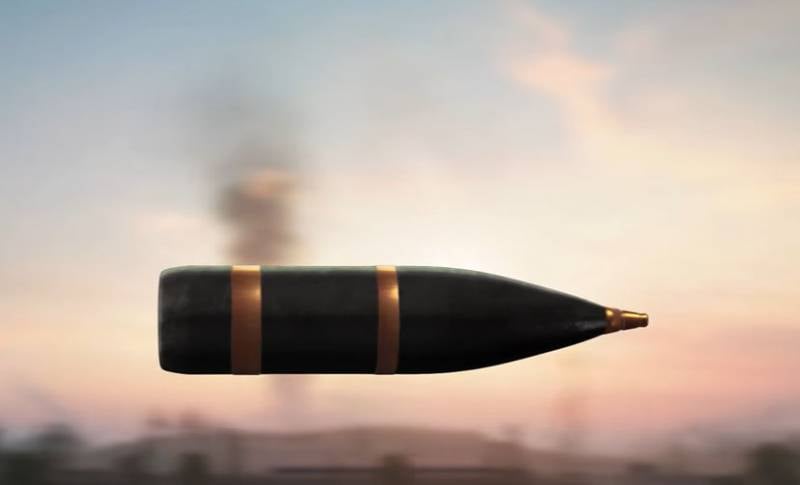 The armies of the Alliance countries used depleted uranium munitions between the 1990s and 2000s.

Scientists suggest that this is the reason for the increase in the incidence of cancer among NATO military personnel and residents of regions where such ammunition was used to strike. Experts have repeatedly argued that depleted uranium is radioactive and therefore causes serious health problems.

The US Defense Department, in contrast, says that depleted uranium ammunition cannot have a significant impact on human health, citing information from the World Health Organization.

Let's try to understand stories and the consequences of the application.

Uranium has fourteen isotopes, of which three can be found in nature. The main characteristic of radioactive materials is the half-life, different isotopes of uranium have different characteristics of this kind.

A fine fraction of uranium can ignite in the air; under a sharp mechanical effect, uranium particles glow. In the first half of the 20th century, it was believed that uranium is rarely found in nature, but in fact this is not true. Soil up to 25 cm deep can contain up to a ton of uranium per square kilometer of the deposit area.

Depleted uranium is obtained in the process of making fuel for reactors and materials for nuclear weapons... Obtaining such fuel, natural uranium undergoes an enrichment process, for this the amount of the U-235 isotope is increased in it, with the help of which the process of nuclear fission takes place. After the enriched uranium is removed, a compound called depleted uranium remains, as it contains small amounts of the isotopes U-235 and U-234.

Since many countries have accumulated large amounts of depleted uranium as a result of enrichment, it is relatively inexpensive, and this is one of the reasons for its use in the production of ammunition.

A great advantage of uranium for armor-piercing ammunition is its property of igniting upon impact and penetration of armor. Here there is such a feature: the stronger the physical properties, including electronegativity, differ between the core metals from uranium and armor protection, the more durable their connections are formed, as a result, a large amount of heat is created. Small fragments ignite, can lead to a fire in the stock of combustible military equipment and an explosion of ammunition.

Nowadays, depleted uranium armor-piercing ammunition is one of the main ammunition for tank and anti-tank guns in the American army.

Uranium also has such a property as the ability to self-sharpen, called ablative shearing, as a result of which the projectiles acquire a shape that facilitates the penetration of armor. The previously used tungsten in such conditions was significantly inferior to depleted uranium. Also, the price of depleted uranium cores is about three times less than tungsten cores.

During the NATO war against Yugoslavia, Tomahawk missiles were actively used, the warhead of which contained about three kilograms of uranium, which, when exploded, turned into a cloud of small particles, spreading several tens of meters from the explosion site.

During the Gulf War, the US Army also used such depleted uranium munitions. Up to a million shells of 30 mm caliber and almost fifteen thousand shells from tank guns were fired.

On the consequences of the use of such ammunition

Despite the US position and their assertions that the use of depleted uranium munitions does not cause significant harm to the human body, there is a harsh reality that does not fit with their optimistic conclusions.

For example, Serbia, which was subjected to bombing, is an example where the consequences of the use of such ammunition are now manifesting. There, hundreds of children are diagnosed with oncological diseases every year, out of 400 who fall ill every year, 60 people cannot be saved. Such a number of oncological diseases had never been observed in Serbia before the NATO bombing. A similar situation has developed in Iraq, where in the deserts were found the remains of radioactive ammunition dumped aviation during the period of hostilities. Iraqi children also began to suffer from hitherto unknown and rare diseases that are associated specifically with the American bombing.