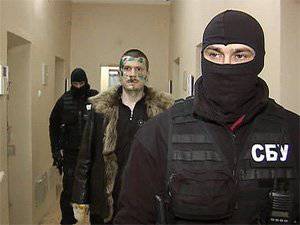 In Russia and Ukraine continue to investigate the scandalous case of the attempted assassination of Vladimir Putin. The night before it became known that Ukraine had given Russia one of those suspected of preparing a crime, Ilya Pyanzin.
According to Channel One, Pianzina was taken to the detention facility in Lefortovo the day before. He will be questioned by the FSB investigators. Pianzin currently claims that he is innocent, and the confessions he gave earlier were taken out of him under pressure.


Lawyers for Pyanzin tried to challenge the decision on his extradition, which was taken by the Prosecutor General of Ukraine. Nevertheless, the Malinovsky District Court of Odessa recognized the decision of the prosecutor’s office as lawful, and this week its verdict was confirmed by the court of appeal of the Odessa region, to which Pianzin’s defense appealed.

The scandal in connection with the preparation of the assassination attempt on Putin broke out in the pre-election period, just before the vote. In early February, Ilya Pyanzin, a citizen of Kazakhstan, and Adam Osmayev, a citizen of Russia, were detained in Odessa. They were accused of preparing an assassination attempt on Vladimir Putin, which was to be held after the presidential elections in Russia.

In Odessa, participants in the alleged terrorist group were engaged in training, and Osmayev, who was wanted for terrorism in Russia, served as an instructor. “In general, I was initially asked to just train two people. The ultimate goal was to come to Moscow and try to make an attempt on Putin,” he said. Then Osmaev also refused his testimony.

This terrorists and stung. Everything happened like in a movie: an explosion took place during the assembly of the bomb, as a result one of the group members Ruslan Madaev was killed. After that, the security services went out on the trail of the criminals and detained them, and Pyanzin and Osmayev confessed.

Osmayev has so far managed to avoid extradition to the Russian Federation due to the intervention of the European Court of Human Rights (ECHR). The complaint, which was sent by his lawyers, said that in Russia he could be subjected to torture, and the ECHR recommended that the extradition process be temporarily suspended.

Ctrl Enter
Noticed a mistake Highlight text and press. Ctrl + Enter
We are
Odessa, 2 May. We remember and remember ...
22 comments
Information
Dear reader, to leave comments on the publication, you must to register.