"Attacked from a height of 20 km": Exercises to intercept carriers of hypersonic weapons were held in the Arctic 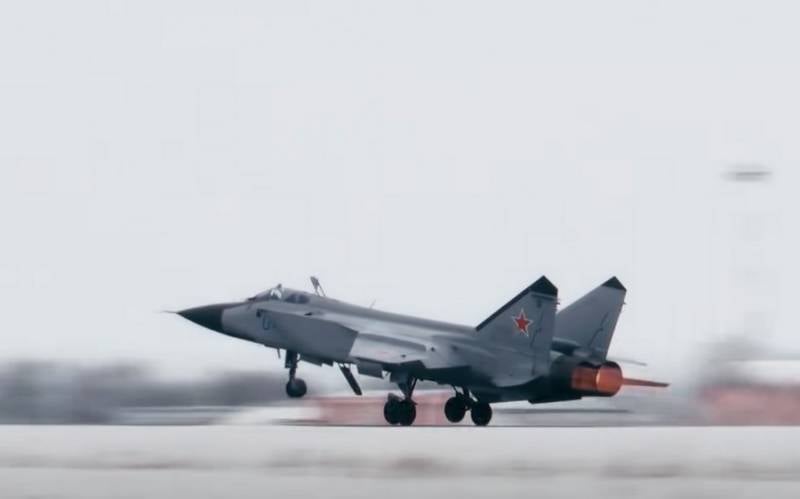 The Russian military department pays considerable attention to organizing the defense of the country's northern borders.


As reported "News" with reference to the Ministry of Defense, in the Arctic, they worked out the interception of hypersonic weapons.

The Russian military conducted exercises to intercept carriers of hypersonic weapons of a mock enemy in the Arctic. Long-range interceptors MiG-31BM of the Pacific Ocean were involved in the exercises. fleet, which, having taken off from Chukotka, destroyed targets imitating strategic bombers of a conventional enemy.

It is emphasized that the interception of targets took place in the stratosphere in the Arctic Circle. The MiG-31BM was attacked from an altitude of almost 20 km at a speed of Mach 2,5.

The Ministry of Defense noted that in the North, the closest time for the arrival of a strategic aviation, as well as various US missiles, so the intercept exercises will continue.

As Honored Test Pilot Colonel Igor Malikov said, flights in the North require special training from pilots due to weather conditions, as well as the proximity of the pole, which distorts the readings of navigation devices. The absence of landmarks on a monotonous surface covered with snow, in the event of a failure of instruments, can lead to the fact that the pilot simply gets lost.

The military department stressed that the MiG-31BM is perfect for operations in the north of the country. Due to its speed, flight range and armament, the aircraft is capable of intercepting the enemy at distant approaches, preventing missile launches.
Ctrl Enter
Noticed oshЫbku Highlight text and press. Ctrl + Enter
We are
Reports from the militia of New Russia for 27-28 September 2014 of the yearYuri Drozdov: Russia prepared the role of the sacrificial calf
Military Reviewin Yandex News
Military Reviewin Google News
10 comments
Ad