Energy Union: Ukraine asked Qatar to help it with the construction of an LNG terminal 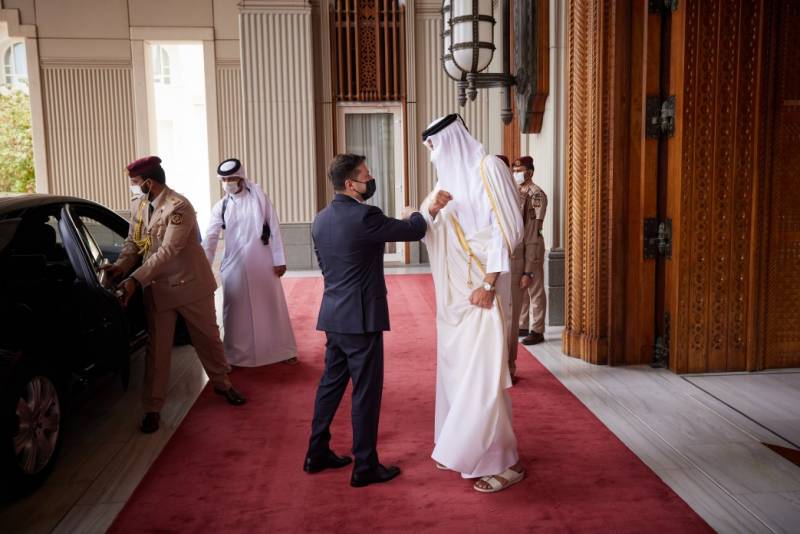 Some details of the trip of Ukrainian President Volodymyr Zelensky with a delegation to the Middle Eastern state of Qatar have become known. According to the latest information, an "energy alliance" has been concluded between Qatar and Ukraine, which ultimately involves the supply of liquefied gas from a Middle Eastern country to one of the Ukrainian ports by sea.


The corresponding memorandum was reportedly signed by the Ministry of Energy of Ukraine and Qatar's state oil and gas company Qatar Petroleum. On the basis of the memorandum, Qatar promises Ukraine "to help with the construction of an LNG terminal."

Also, according to the latest data, Ukraine has requested assistance from Qatar in the exploration and production of gas. It is reported that Kiev expects Doha to invest in gas projects to be implemented on Ukrainian territory, as well as direct gas supplies from Qatar using LNG tankers.

The official document says that Ukraine "intends to continue along the path of diversifying energy supplies." From the doc:

This will help Ukraine's sustainable economic development and energy security.
Noteworthy is the fact that this memorandum is designed for three years - exactly for the period during which Volodymyr Zelenskyy will remain the president of Ukraine. At the same time, it was added that the memorandum could be extended for another three years. Apparently, during this period, the Ukrainian authorities intend to build an LNG terminal on their territory to receive the aforementioned Qatari liquefied gas.

It should be recalled that several years ago in Ukraine they already announced plans to create a terminal for regasification and storage of LNG. It was planned that it will be a special vessel, which will be located in the area of ​​the Odessa seaport. The project was never implemented, as they say in Ukraine, because of the position of Turkey. Ankara prevents large LNG carriers and regasification vessels from passing through the Bosphorus and Dardanelles.

In this regard, it will be interesting to follow the position of Turkey in 2021.