US Army orders remote controlled mines to attack tanks from above 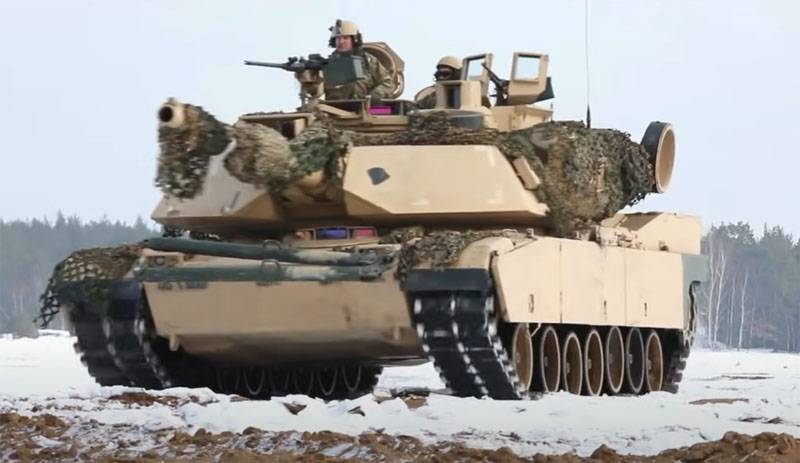 The US Army Arsenal in New Jersey posted an announcement for a contract to produce "top attack systems." This is the CAVM anti-vehicle ammunition system, which has a three-stage structure and includes ammunition for "attack from below", "attack from above" and a network architecture that links these components into a single system.


According to the author of The Drive, Joseph Trevithick, the attack system from above will consist of the main strike ammunition Common Anti-Vehicle Munition, the DLM upper launch module, the RCS remote control station and the obstacle planning tool that will determine the exact desired location of minefields.

The net mines themselves must be capable of effectively engaging targets up to 164 feet away. As for the remote control system, the US military wants it to be able to monitor up to 12 separate minefields, each of which has an area of ​​up to 400 square feet (about 000 square meters). Individual remote control stations must be connected via bi-directional data links.

Such an organization of communication will allow you to quickly receive information about the state of minefields, including whether any targets were hit or whether individual mines were out of order. Operators will be able to turn on and off minefields based on their own needs, allowing passage through the mined territory of their own or friendly vehicles, as well as clearing mines in the event that civilians or their soldiers suddenly find themselves in the minefield.

The military has not yet specified how the so-called top assault mine will work, but it is known that such systems were acquired by army units earlier. The ordered CAVM ammunition is expected to have increased lethality compared to the previous generation M93 Hornet and XM204 top attack warheads.

Recall that the M93 Hornet ammunition was put into service at the very beginning of the 1990s. They use acoustic and seismic sensors to detect targets, after detecting the object, the ammunition is activated. It explodes over the approaching enemy vehicle.

At one time, the US military planned to integrate the M93 Hornet into various mining systems that could be installed on trucks or used from helicopters. But this goal was never realized, so the Hornet remained predominantly a manual system, which made it difficult to use it on a large scale.


As for the XM204, there is even less information about it. The ammunition is known to be fired from a ground-mounted launcher. At the same time, there is no doubt that the experience of previous mining systems will be used in the development and implementation of the new system.

The main task of the military remains the creation of such a mining system that would be controlled remotely and would minimize the risks of so-called friendly fire and rika for the civilian population. Moreover, as we know, the United States did not sign an agreement on the elimination of antipersonnel mines. At the same time, Barack Obama, when he was President of the United States, banned any use of anti-personnel mines outside the Korean Peninsula, where minefields are one of the most important components of South Korea's defense against the DPRK.

However, the aggravation of the global military-political situation requires the United States to make new decisions in the field of anti-tank mines. The American military takes into account the new capabilities of Russian and Chinese armored vehicles, increased armor protection, and, accordingly, wants to have in their arsenal the latest mines that could cause significant damage to armies using Tanks and armored vehicles of the latest generations.

Therefore, regardless of the policy of the White House, the military will continue to work on further improving mines, taking into account all the latest trends in the technology of production of tanks and armored vehicles and the tactics of tank and infantry attacks.

Ctrl Enter
Noticed oshЫbku Highlight text and press. Ctrl + Enter
We are
Summary of the week from voenkor Mag about events in the DNI and LC 21.04.18 - 27.04.18List of CIA-funded Russian public organizations
Military Reviewin Yandex News
Military Reviewin Google News
30 comments
Information
Dear reader, to leave comments on the publication, you must sign in.