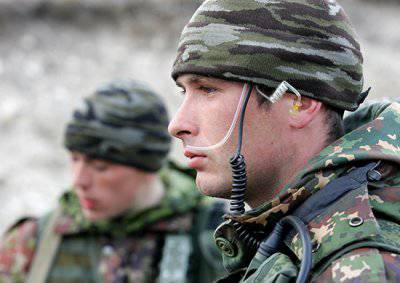 RIA News. The Russian military together with Canadian and US Aerospace Defense Command (WKO) colleagues at the international watchdog Eagle-2012 will “beat off” an attack by conditional terrorists who “seized” a passenger airliner in the United States, the head of the Eastern press service told reporters on Monday Military District Colonel Alexander Gordeev.

The Vigilant Eagle Exercise will be held from 27 to 29 in August. Their goal is to refine the interaction between the Armed Forces of the Russian Federation and the North American Aerospace Defense Command (NORAD) in the event that terrorists seize passenger airliners, "said Gordeev.
For the first time, such exercises were held in 2010.

Units of the armed forces of Russia (part of the Eastern Military District), the USA and Canada are involved in the exercises. The headquarters of the command is located in Khabarovsk, Petropavlovsk-Kamchatsky, Colorado Springs and Anchorage (Alaska).

Representatives of the Eastern Military District have already flown from Khabarovsk to take part in the exercises.

“The first group, led by the commander of the Air Force and Air Defense Command of the Eastern Military District, Major General Sergey Dronov will act as part of the main headquarters of the leadership in the city of Colorado Springs (Colorado). The second group, led by the head of the Air Defense and aviation BBO, Major General Sergey Zhmurin, will participate in the work of the auxiliary headquarters in the city of Anchorage (Alaska), "said a spokesman for the military.

The North American Aerospace Defense Command (NORAD) is an integrated aerospace defense system of the United States and Canada, the main tasks of which are to ensure the control of the air and near-Earth space of North America, early warning of air and space attack, air defense and anti-missile defense of the two countries.
Military Reviewin Yandex News
Military Reviewin Yandex Zen
21 comment
Ad