"As part of the rearmament program": the Marines of the Black Sea Fleet received a large batch of new BTR-82A 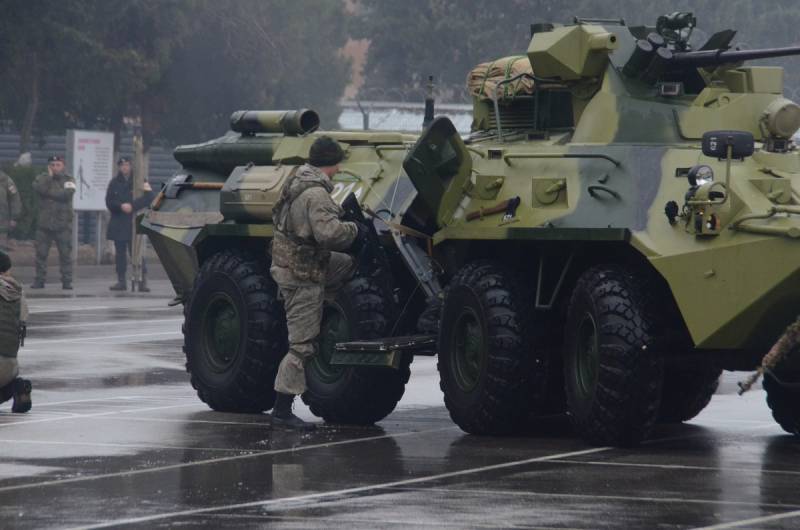 The Department of Defense continues to re-equip the Marine Corps units with modern military equipment. According to the press service of the Southern Military District, a large batch of new armored personnel carriers BTR-82A entered service with the marines of the Black Sea fleet.

It is noted that the delivery took place within the framework of the state defense order under the program of rearmament of marine units with new equipment.

Last week, the Ministry of Defense announced the arrival of the first batch of BMP-3 in the amount of 40 infantry fighting vehicles for service with the marines of the Pacific Fleet. The new BMP-3 replaced the BMP-2 in service.

Ctrl Enter
Noticed oshЫbku Highlight text and press. Ctrl + Enter
We are
A large batch of new BTR-82A entered service with the Marines in KamchatkaReports from the militia of New Russia for 27-28 September 2014 of the year
Military Reviewin Yandex News
Military Reviewin Google News
46 comments
Information
Dear reader, to leave comments on the publication, you must sign in.