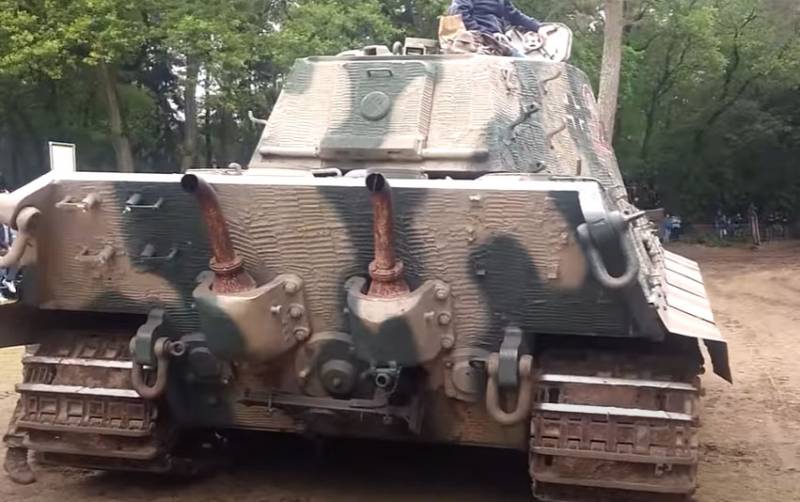 Polish author Jerzy Reshinski believes that it is hardly possible to confidently answer the question of which tank, fighter or bomber was the best during World War II. However, very often the most combat-ready a tank of that time they call the German "Tiger", the full name of which is Panzerkampfwagen VI Ausf. B Tiger II.


The heavy tank of the final period of the war was produced in 1943-1945, and was in service with the Wehrmacht in 1944-1945. As you can see, the Tigers failed to turn the tide of the war. But this does not detract from the strengths of the tank, which favorably distinguished the German vehicle from the Allied tanks.

Pros and cons of Tiger II

The main advantages of the "Tiger" are a powerful 88-mm cannon, which made it possible to hit all the tanks of the anti-Hitler coalition at fairly long distances of 2,5 km, as well as strong armor, the sheets of which were located at rational angles of inclination and well protected the tank from most of the enemy's anti-tank weapons.

At that time, the German tank building industry could not create a power plant suitable for such a heavy vehicle. Therefore, the tank used a Maybach HL 230 P30 engine with a capacity of 700 hp, which also powered the lighter Tiger and Panzerkampfwagen V Panther tanks.

Mass production of the tank in question began in 1944. By this time, the situation on the fronts was clearly not in favor of Germany, and the German military industry was experiencing an increasing shortage of both raw materials and qualified personnel. As a result, less than 500 vehicles of this type were produced - a drop in the ocean compared to the total number of tanks that took part in the battles of World War II. An extremely complex technology that did not correspond to the economic realities of wartime was also a serious obstacle to the mass production of "Tigers". The complexity in production and maintenance was the first noticeable disadvantage of the legendary tank.

Another unconditional disadvantage was the discrepancy between engine power and tank weight. The Tiger tank weighed over 70 tons with a 700 hp engine, while, for example, a modern Abrams tank weighs over 60 tons with a 1500 hp engine. T-72 - Weighs only 41 tonnes, but with 780hp drive power, the K2 Black Panther weighs 55 tonnes with 1500hp drive. Obviously, this ratio of engine power and tank weight affected the speed of movement of the "Tiger" for the worse, significantly complicating its use in real combat conditions. 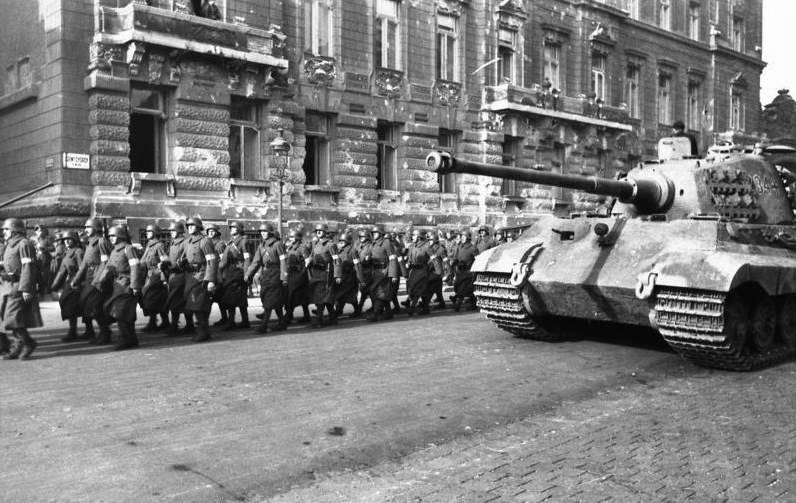 Jerzy Reschinsky notes that the Wehrmacht did not bother with the creation of special engineering companies as part of heavy tank battalions, which would provide very heavy vehicles with the ability to move. In the conditions of the war, things were already very bad with the roads and bridges. The situation was not saved by the transfer of sapper companies to tank units. As a result, there were situations when, while moving around cities and towns under the "Tigers", the underground infrastructure was destroyed, as a result of which huge cars were stuck in the ruins of the sewage system.

Also tanks "Tiger 2" were completely helpless in the swampy area, especially after heavy rains. The German military industry no longer had the ability to develop and quickly produce technical vehicles capable of evacuating a damaged 70-ton tank.

A victim of your own greatness

As a result, as Jerzy Reschinsky notes, the Tiger tank has become a victim of its own greatness. In August 1944, the tank made its debut on the Eastern Front. The first unit fully armed with these tanks was the 501st Heavy Tank Battalion, which had previously fought in Tunisia in North Africa. The renowned unit was transferred to Poland, where a swift advance of the Red Army was unfolding. However, the Tiger 2 tanks failed to stop him. 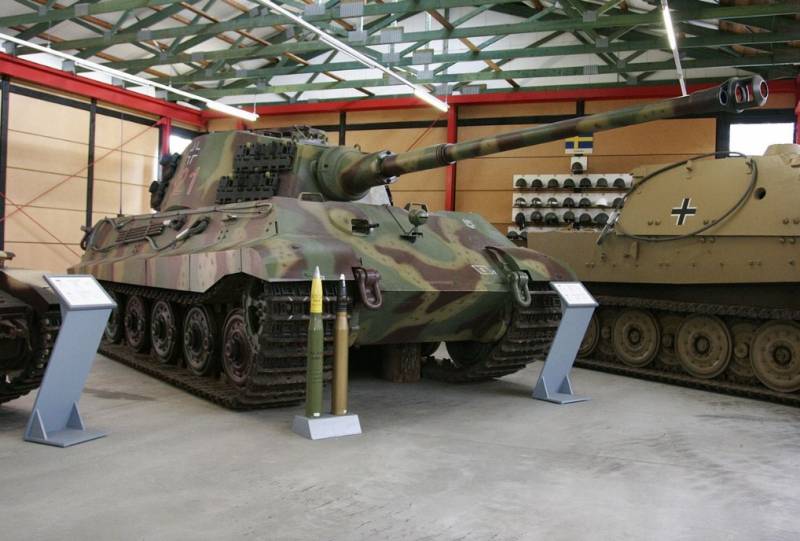 Firstly, 15 new vehicles were out of order when they were loaded onto railway platforms in Germany. Secondly, 10 tanks were damaged while marching towards the headquarters of the tank division. Nevertheless, German tanks managed to effectively oppose the Soviet troops, whose anti-tank guns were completely helpless in front of such heavy vehicles. This allowed the commander of the 501st battalion, Major Erhard von Legat, to arrogantly declare that this was not an attack, but a "hunt for Ivan."

But soon the Soviet troops transferred their own units of heavy tanks with well-trained crews here, and then not the "hunt for Ivan", but the "hunt for Fritz" began. As a result, 3 "Tigers" were abandoned by the crews in the area of ​​Ogledovo. Now one of these vehicles is exhibited at the Armored Museum in Kubinka, Moscow Region.

Of course, Nazi propaganda tried to create the appearance of the huge performance of the new tanks on the battlefield. But in fact, everything was quite different from what Joseph Goebbels' henchmen portrayed. For example, in a skirmish near Lisovo, Soviet IS-2 tanks completely destroyed the Tigers battalion, which lost all its equipment and was evacuated from the battlefield.

Soviet military experts carefully studied all copies of the "Tiger 2" that fell into their hands. As a result, the following conclusions were made about the shortcomings of the tank: the main disadvantage was recognized as being too heavy, which reduced the tank's maneuverability as much as possible. In addition, the presence of structural defects in the drive system, problems with the engine, and difficulty in maintenance were found out.

To their surprise, Soviet specialists also established a decrease in the quality of armor: it significantly deteriorated compared to earlier generations of Panther and Tiger tanks. The deterioration in the quality of armor was a direct consequence of the shortage of quality raw materials. Finally, the tank ran on gasoline, consuming huge amounts of expensive fuel.

Approximately the same conclusions, as noted by Jerzy Reschinsky, were made by the American military. The US Department of Defense did not understand what considerations the German engineers were guided by when creating this machine. The Polish author notes that instead of the "royal Tiger" it turned out to be a clumsy, problematic colossus. Its weaknesses were quickly revealed not only at the front, but even during the transfer to it.