"Hit a ground target with precision": The modernized ship "Marshal Shaposhnikov" was first fired by a "Caliber" rocket 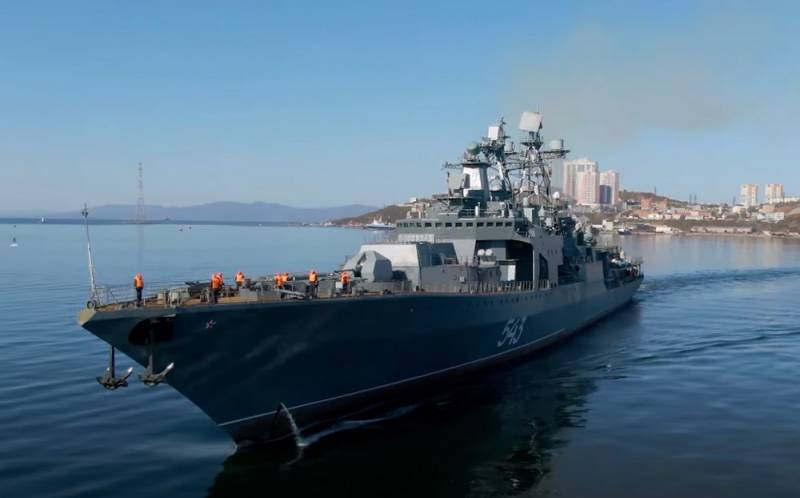 Former BOD, now the Pacific Ocean frigate fleet "Marshal Shaposhnikov", was fired for the first time by the "Caliber" cruise missile. This is stated in the message of the Ministry of Defense.


According to the report, "Marshal Shaposhnikov" within the framework of training and combat missions, being at one of the naval ranges of the Pacific Fleet in the Sea of ​​Japan, launched a cruise missile "Caliber" at a ground target. The rocket, having covered more than one thousand kilometers, hit the target with precision.

At the estimated time, the rocket arrived at the test site in the area of ​​Cape Surkum, where it accurately hit the coastal target position. The firing range at the target exceeded a thousand kilometers
- said in a statement.


Last Sunday, the frigate performed artillery fire from the A-190 universal shipborne artillery mount, and also worked out interaction with the Ka-27 marine helicopter aviation TOF.

The area where the firing was carried out was closed off by ships and vessels of the Pacific Fleet, air cover was provided by the naval aviation of the fleet.

The former BOD "Marshal Shaposhnikov", retrained as frigates, underwent a major overhaul and modernization at Dalzavod. In the course of modernization, the ship received new weapons, including universal launchers for the placement of Kalibr, Onyx and, in the future, Zircon missiles.