"Didn't they find traces of COVID?" - Poles react to publications about the alleged discovery of "traces of explosives on the wreckage of Tu-154" by a British laboratory 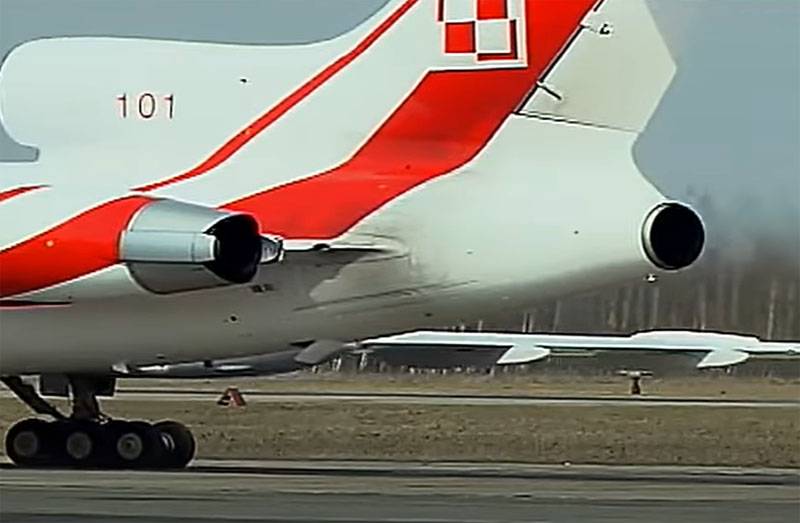 The closer April 10 is, the more the frequency of references to events related to 2010 in the Polish press grows. We are talking about the crash of the Tu-154 aircraft with the Polish president on board, which occurred near Smolensk. Remembering that drama is an understandable and logical situation, but only the Polish media most often use an informational occasion to put forward new conspiracy theories.


To begin with, it should be recalled that, based on the conclusions of the commission, in which Polish experts also worked, the disaster near Smolensk occurred due to the fact that the pilots refused to take into account the controller's advice on leaving for an alternate airfield due to a sharp deterioration in weather conditions. When decoding the flight recorders, it turned out that there was an outsider in the cockpit at the time of landing. It was the commander-in-chief of the Polish Air Force, who actually forced the pilots to land in the most difficult weather conditions. In addition, it later turned out that the Air Force Commander-in-Chief was drunk.

But the Polish media and elites still do not want to admit the obvious - their own guilt for the death of the president, his wife and representatives of the country's authorities.

For many years in Poland, the topic of "the discovery of traces of explosives on the wreckage" has been discussed. And the then head of the Polish commission to investigate the causes of the crash of the plane, Antoni Macerevich, announced at all that "they laid it in Russia during the maintenance of the plane." This version was heavily criticized even in Poland itself. But, nevertheless, the conspiracy does not subside.

In the O2 section of Wirtualna Polska, a material was released, which states that the study “of some fragments of the aircraft was carried out by specialists of the forensic laboratory in Kent (UK).

From the material with reference to the TVP channel controlled by the ruling party of Poland:

For the purity of the experiment, they also examined the ground from the place of the plane's fall, nothing was found there for explosives.
It turns out that again we are talking about the "British trace" - now in the investigation of the reasons for the fall of the Tu-154 near Smolensk. Considering all the recent cases with this "trace", it would be even strange if the "laboratory assistants from Kent" did not find anything reprehensible in the wreckage ...

It is noteworthy how these statements are commented on by the Polish readers of the edition.

Please provide the names, surnames and titles of these specialists. They are not here? Then everything is clear. This is another "revelation" from Antoni (Matserevich).
TVP also claims to be the best. By April 10, the propaganda of the Party of Law and Justice is traditionally gaining momentum.
Didn't they find traces of COVID on the wreckage of the wings?
Clear. It's just that the topic should be spinning ...
Recall that Russia does not hand over to Poland all the wreckage of the plane, noting that the Polish side may well use them for provocation - for example, to “discover” there that which was not found by any of the numerous commissions working in this case during the investigation.
Ctrl Enter
Noticed oshЫbku Highlight text and press. Ctrl + Enter
We are
Reports from the militia of New Russia for 27-28 September 2014 of the yearDecember 2010 years. Russian March. Senseless and merciless? Notes not a Russian person
Military Reviewin Yandex News
Military Reviewin Google News
70 comments
Information
Dear reader, to leave comments on the publication, you must sign in.