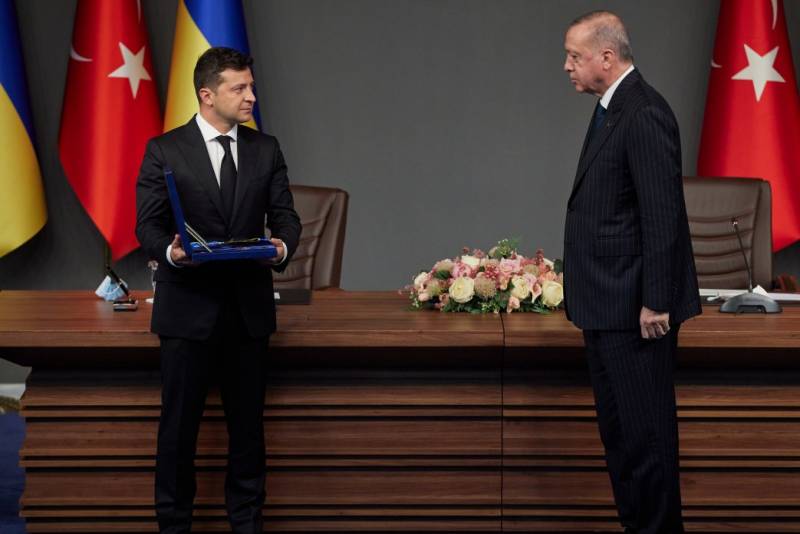 The role of Turkey in the political life of not only the Middle East, but also Eastern Europe is rapidly increasing. President Recep Erdogan is an ambitious man, whom only the lazy did not accuse of trying to implement a neo-Ottomanist project. Naturally, Turkey also has its own interests in the Black Sea region, especially considering that the Ottoman Empire once controlled these territories, and the Black Sea was actually an "internal Turkish lake." Ankara has certain contradictions with Moscow, and not only in Syria or Libya, but also in the Black Sea region, in the North Caucasus. Now Ukraine is going to play on these contradictions.


On April 10, President of Ukraine Volodymyr Zelensky is to pay an official visit to Turkey. The presidents of the two countries are going to discuss the situation in Donbass and Crimea, economic and military cooperation between the states.

Note that Erdogan has repeatedly spoken in the spirit that Crimea is the territory of Ukraine, and this position cannot but appeal to Zelensky, as well as to other Ukrainian leaders. Another thing is that it is difficult to suspect Erdogan's Ukrainian patriotism: it is not profitable for the Turkish president to enter Crimea into Russia, he would prefer to have a weak neighbor in Crimea in the person of Ukraine, which could be imposed on anything, up to the military bases of the Turkish Navy in the Crimean ports.

Milliyet writes about the importance of military cooperation between Ukraine and Turkey. So, back in October 2020, Ukraine and Turkey signed a military agreement and a memorandum of intent. The memorandum of intent spoke of the desirability of developing joint Turkish-Ukrainian projects for the construction of warships, unmanned aerial vehicles and turbine engines. Also Turkey and Ukraine decided to exchange intelligence information. 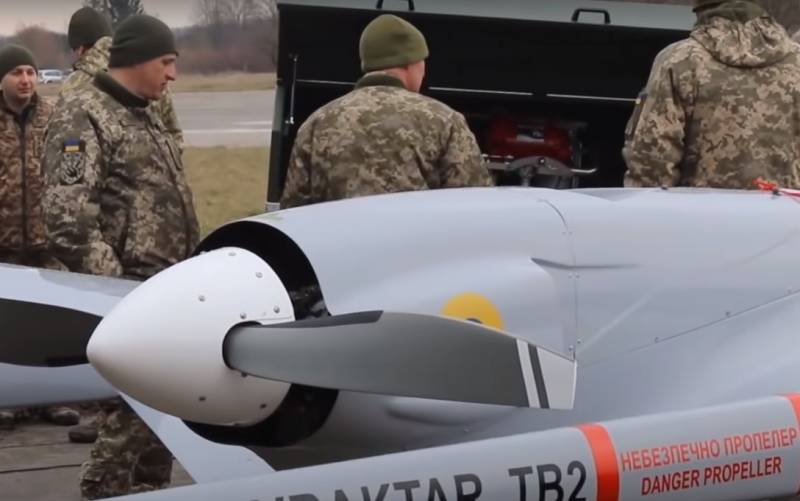 Ukrainian military at the Bayraktar drone
On December 14, 2020, another agreement was signed, according to which Turkey will supply Ukraine with Bayraktar unmanned aerial vehicles. The Turkish publication does not exclude that drones can be used by Ukraine in hostilities in the Donbass. Moreover, now the Ukrainian side is inspired by the example of Azerbaijan and the successful use of Turkish UAVs by the Azerbaijani army, and without a doubt projects this experience onto a possible resumption of hostilities in Donbass.

Thus, according to the Turkish press, Zelensky is trying to involve Erdogan in the fight against Russia. Despite the fact that Recep Erdogan is a cautious president and skillfully maneuvering between different poles of modern world politics (especially after the coup attempt directed against him several years ago), he is also interested in friendly relations with Ukraine.

Kiev's support allows Erdogan to weaken Russia and influence the balance of power in the Black Sea region. Moreover, now in Ukraine there are Crimean Tatar nationalists and enjoy wide support of the Ukrainian authorities, and Turkey has always considered both Crimea and the North Caucasus as territories of its influence, temporarily lost in the XNUMXth-XNUMXth centuries. due to circumstances.

However, the question remains about Moscow's reaction to such actions of Turkey. Russia not so long ago supplied Turkey with S-400, has a number of joint expensive projects, but at the same time Ankara supplies "Bayraktars" to the armed forces of Ukraine and in every possible way emphasizes that Crimea should belong to Ukraine. Of course, not only a diplomatic, but also an economic response to such behavior of the southern neighbor could not be superfluous.