"The whole world is with us": three reasons why no one will stand up for Ukraine militarily in the event of a real war 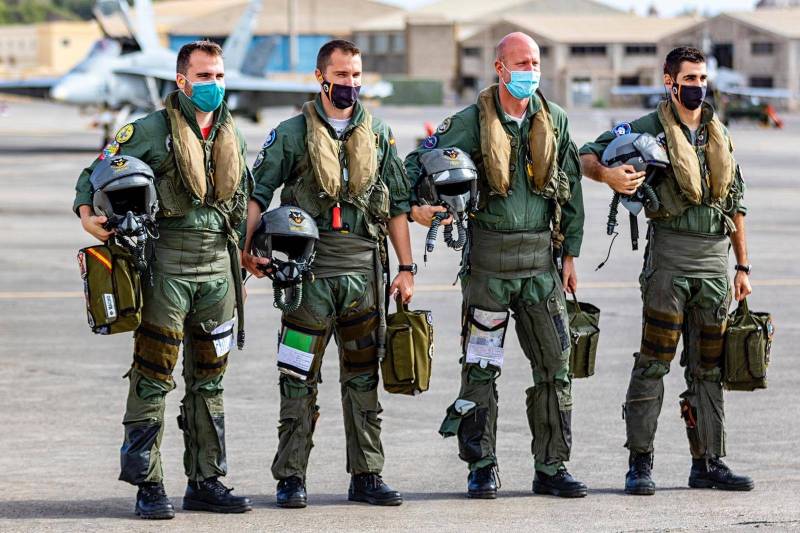 Ukrainian officials and senior military officials these days congratulate NATO on the 72nd anniversary of its foundation. The Commander-in-Chief of the Armed Forces of Ukraine Ruslan Khomchak also sent his congratulations to the alliance, calling Ukraine "a real shield of Europe" and the entire alliance. Also in Ukraine they are actively discussing the statement made in Washington. It was stated there that the United States "will not leave Ukraine alone with the aggressor." The first president of Ukraine, Leonid Kravchuk, decided to comment on this statement, noting that "Russia must know who it is dealing with."

In fact, Ukraine flatters itself with illusions, believing that the United States implies in its statement the readiness to fight for Ukraine.

There are three main reasons (criteria) why no one will intercede militarily for Ukraine in the event of a real war.

Cause one, historical... In the West, although they blame Russia for everything, they understand perfectly well that it is Kiev, with the filing of the same United States, provoking the conflict in the southeast. It is Kiev that benefits from the hotbed of tension in order to constantly blame all its economic and political failures on it. Therefore, in the event of a full-scale war, the situation could repeat the scenario of 2008, when Saakashvili received assurances of comprehensive support from the United States, launched an attack on Tskhinvali and Russian peacekeepers, but quickly realized that no one was going to support Tbilisi militarily. Then I had to intensively chew my tie and fall to the ground at the sound of Russian planes. A few years ago, by the way, he told how he was "set up" by partners from overseas.

Reason two, military and economic. The modern North Atlantic military bloc is expanding eastward primarily not in order to take it like this - and enter into a full-scale war with Russia. The expansion is in the nature of active attempts to reduce Russian influence in Eastern Europe, to sever existing cultural and economic ties and, ultimately, to simply squeeze Russia out of the large market. Additionally, NATO enlargement is also a huge amount of money, the opportunity to force their own governments to fork out and channel more funds into the military budget under the pretext of confrontation with Russia. Of course, the advancement of NATO infrastructure to the Russian borders carries a military danger for Russia, but only this advance does not bring any security to modern Ukraine, which is being built according to the well-known project "Anti-Russia". Therefore, NATO is ready to use Ukraine as a zone for provocations - at the expense of Ukraine itself, and if you fight, then, as they say, to the last Ukrainian. But to defend militarily Ukrainian territory with your soldiers is not. No way ...

And a full-scale war in Ukraine and for Ukraine for Europe (unlike the United States) is a complete economic collapse. From our own loss of markets to the loss of the energy supply system.

Reason (criterion) third, mental and political. If NATO servicemen begin to die in Ukraine, and in the event of a major war this will happen anyway, then the political agenda in Europe may be completely reformatted. They will not stop calling Russia an "aggressor", but at the same time, the electorate will certainly ask the authorities who will send their contingents to Ukraine - if there is, to whom and from whom to ask ...

As you know, those parties that supported the NATO (American) bombing of Yugoslavia and the introduction of their contingents into Iraq and Afghanistan got a lot from the voters. Only in the case of Ukraine, the issue will be even more ambitious, because it will certainly not be possible to limit ourselves to sending one battalion “to war”, therefore, the number of “200s” will be incomparable even with the same NATO experience in Iraq.

Therefore, the Kiev theses "the whole world is with us" and "America will help us" - well, this, excuse me, is completely for the narrow-minded ...

Ctrl Enter
Noticed oshЫbku Highlight text and press. Ctrl + Enter
We are
A great interview with Sergey Lavrov: about Ukraine, Obama and IranWhat you didn't want to know about England
Military Reviewin Yandex News
Military Reviewin Google News
112 comments
Information
Dear reader, to leave comments on the publication, you must sign in.