August 27 2012
2
Deck development aviation in 1941-45, it was associated in the United States, primarily with the threat posed by the Imperial fleet Japan. Pearl Harbor has shown the world how important deck aviation is. The United States needed a plane with the capabilities of self-defense, striking at surface and submarine ships of the enemy. 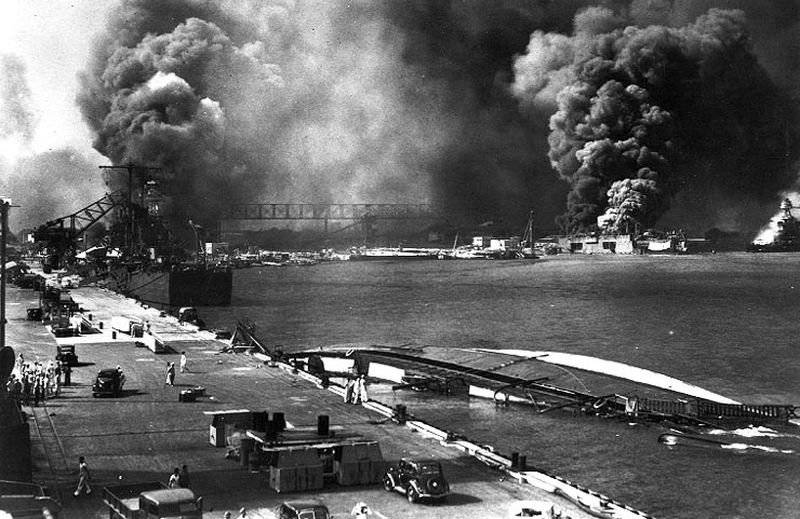 By the beginning of the 2MW, the Americans had successfully developed and built two deck-based aircraft - the TBD "Devastator" torpedo bomber and the SBD "Dauntless" dive bombard. From 1941, the aviation company Douglas began to develop a new aircraft called the XSB2D “Dauntless” II. But two years later, the development of the aircraft was stopped in favor of a universal aircraft with one engine called BTD "Destroyer". True, it is worth noting that the United States Navy did not acquire the aircraft.

Engineers of the company "Douglas" worked hard on the project of the new aircraft. The A-26 Invader aircraft was chosen as the base. The aircraft received a new engine, increased wing span. Modify the chassis of the aircraft to ensure the deck take-off / landing and tail section. The possibility of overseas aircraft delivery was planned, for which changes were made to the design (tailhook). Under the wings, pylons are installed to arm the aircraft with aerial bombs or torpedoes. 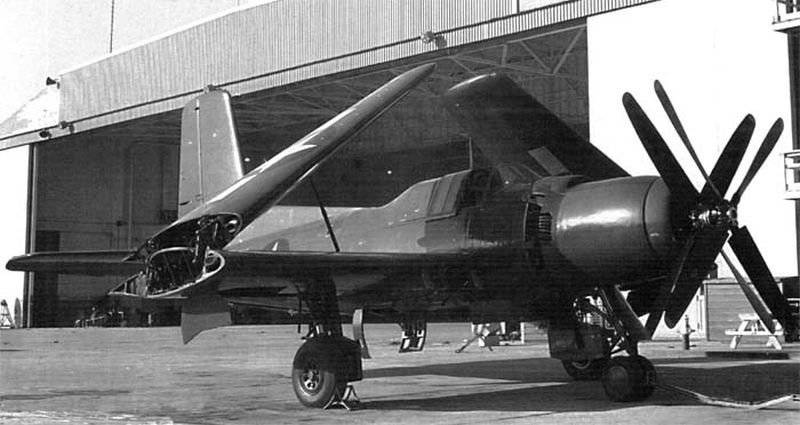 In 1942, work began on the Douglas 1942 VTB Proposal aircraft project (the Devastator 2 project). The plane gets a folding wing. The aircraft’s armament was represented by seven machine guns:
- two pylons Mk 2. The pylon consisted of 2 machine guns "Browning M-2" caliber 12.7mm. Accommodation - under the wing of the aircraft;
- Three Browning M-2 rolling machine guns of 12.7mm caliber. Two machine guns were placed in the tower of the type "Firestone 250CH-3", the third machine gun was installed under the fuselage.

On 4 free pylons under the wing, it was planned to install additional fuel tanks, which made it possible to almost double the flight range. From the equipment, according to the project, the aircraft received an APS-4 radar and a 28-cylinder WaspMajor Pratt & Whitney XR-4360-8 engine with a capacity of 3 thousand hp with opposite rotation of the propellers.

Fleet commanders showed interest in this aircraft to provide aircraft carriers of the Midway class. The plane interested the sailors as a torpedo bomber, for its cover and escort they planned to use fighters "Boeing XF8B". However, the “Douglas 1942 VTB Proposal” was to become a universal aircraft with the ability to perform the following tasks:
- bombing of enemy surface ships;
- intelligence and surveillance.

In the autumn of 1943, the lead midway class aircraft carrier was launched, and they signed a contract with Douglas to create 2 prototypes. The aircraft is officially called "Skypirate", the designation "TB2D". The serial numbers of prototype universal deck aircraft are 36933 / 36934. It was planned to order 23 copies of new deck aircraft.

The first of the prototypes for the first time rises to the sky only at the beginning of the 1945 year. The second - a few months later. The second prototype was slightly different from the first by the presence of an elongated fuselage (+ 58 centimeters). Experienced aircraft tested without installing weapons. In flight tests, the aircraft was able to lift into the air a payload that is 4 times as large as most US Air Force bombers.

After the war, Japan still had a fairly powerful fleet, and the need for such aircraft was quite relevant. However, a sharp post-war reduction in the military budget was reflected in the production and acquisition of TB2D Skypirate in the most pitiable way. The Navy abolishes the lot in 23 of the new aircraft “TB2D Skypirate”. Flight tests universal deck aircraft stop. Two prototypes existed for only three years and are destroyed in the 1948 year.

This aircraft was the largest of the known deck aircraft with one or even two engines, designed and built during the 2MB. He even surpassed (in wing span and full take-off weight) 2's NorthAmerican B-25B engine, and this was the largest aircraft built for takeoff from the deck of an aircraft carrier.