The sect of Saint Javelin and the prophet Bayraktar must leave 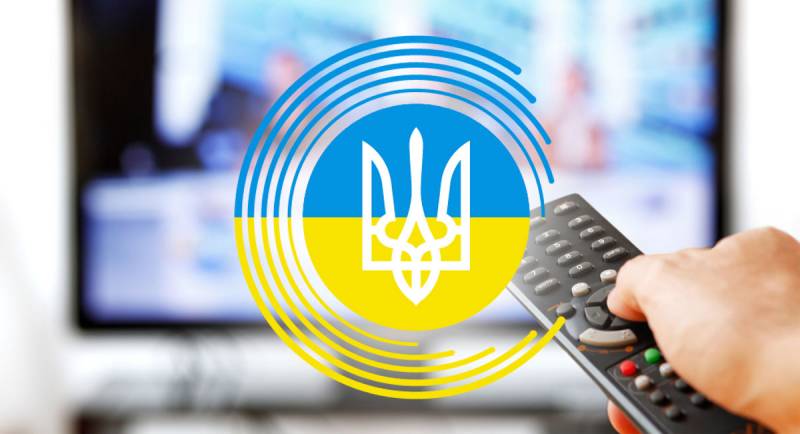 I like the Ukrainian media. Today there are no funnier publications and more cheerful humorists than those who work there. Moreover, the humor is so subtle that an unprepared man in the street, especially a Ukrainian, crushed by ukropaganda, has the impression that the authors do not write humorous stories, but serious articles and notes on their channels in various social networks.


Once upon a time I was told a very old anecdote about a hunter at a doctor's appointment in a polyclinic:

- Doctor, do you know who I shot on the last hunt?
- Of course I know. He visited me yesterday.

This is how I perceive a lot of what I read instead of classics somewhere in a park or a cafe for fun.

Of course I know. True, no one comes to see me, I'm not a doctor. But the sources of information that can be referred to and which I definitely trust, I really do have.

In short, the Ukrainian journalist Yuriy Butusov and his publication helped me to finish the Sunday evening positively. The article is called "Supplies of military equipment to the Western and Southern military districts of the RF Armed Forces in 2020: disappointing conclusions for" Oplot "and" Crab ".

After all, we Russians are very cunning and treacherous people. From the point of view of Butusov, of course. We cannot honestly fight the enemy. We don't want to go out, as it used to be in the yard, on fists, one on one. Tanks we invent some new ones, cannons, airplanes, machine guns, etc. With a grenade on the enemy's tank, somehow we don't want to.

Earlier, after the collapse of the USSR, everything was fair. It enters the position of T-72 or T-80 and immediately opposes it with exactly the same enemy tank. Like in tank biathlon. I worked art 122 or 152 millimeters in positions. In response, exactly the same cannons rumble. Fair? Of course it's fair.

And we understood that the Russians would use the ancient Chinese tactics of the times of Mao - we would throw our caps over the enemy! There are still three or four Russians for one Ukrainian. Even though it is still a little not fair, Ukraine understands that the soldiers are not to blame for the fact that Russia is bigger. But imagine, there is a battle between these 72s or 80s. And then the Ukrainian "Oplot" crawls out behind the log ...

In Ukraine, everyone understands that the film "White Tiger" was filmed precisely in order to prepare Russians for the appearance of just such an invincible machine! This very "Tiger" appears (no - "Oplot"), and the infantry has to collect the very hats that the Russians wanted to throw at the Armed Forces of Ukraine.

Today, thanks, among other things, to the Ukrainian media, the development of the supertank has been disclosed. We in Russia began to urgently create our own response to Oplot. Just like the answers "Stugna", "Corsair", "Olkha" ... So far, however, it is not clear whether Russia did better or worse. But one thing is clear. Russia was scared to “go out on fists”. The strategy of “throwing our hats” has suffered a complete fiasco. The Ukrainian Armed Forces forced us to modernize the army.

Do you think that what is written above is nonsense?

Alas, this is the kind of information that is pouring into the ears of the Ukrainian people today. Russia sleeps and sees how to invent such weapons that could surpass Ukrainian ones. And, from the point of view of Butusov, we have achieved some success in this matter.

The paradox of the situation is that a fairly large part of Ukrainians continue to live in the early 90s of the last century. Some fantastic belief in their own military industry, in their own design ideas and in their own production capabilities has been preserved in the heads of Ukrainian citizens.

As recently as yesterday I was told about the order of the Ministry of Defense for the new Antonovs. It was felt that the interlocutor was proud of the fact that Ukraine was able to abandon Russian components and try to produce the transporter on its own. And he was not at all outraged by the fact that the "independent" aircraft uses up to 70-odd percent of American and European components.

Don't be surprised that today I have a lot of hunting memories. Spring. Soon, perhaps, the opening of the spring duck hunt. Almost every day you have to shift cartridges, clean your gun, look at packages with shot and gunpowder, etc. Soon again a couple of nights in the field, morning and evening fasting somewhere in the reeds, knee-deep in water. Beauty…

Last year, after the evening dawn, we sat around the fire and listened to one loser who shot a bunch of cartridges and got nothing. “Well, the cartridges are rubbish! Goose, can you imagine, sat down almost on the fly and ... Misfire. "

Everyone smiles knowingly. Well yes. Goose ... You try this goose, when it doesn’t let you get closer than 200 meters.

And then one of ours, a stand shooter, who never takes more than five cartridges for a hunt (he thinks that it would be dishonest for him to hunt unprepared ducks), gives out a phrase that blew up the entire hunting team:

"Be glad it wasn't a bear!"
In about the same way as that "muff", Butusov argues. I cannot vouch for the numbers, these are excerpts from the article. In short, a small quotation book about how the frightened Russian army urgently in Russian, that is, according to the previously announced plan, is rearming itself near the borders of Ukraine.

Here you can’t say that “it’s good that it’s not a bear”. You're not kidding. Especially when you consider that, for example, according to the same Butusov, the Russian T-90M Proryv completely nullifies the Ukrainian Oplot. And the new artillery systems actually kill all Ukrainian developments in this area. Even the great Javelin, which the ukropatriots pray for, is already a dubious anti-tank weapon...

NATO, give us something of yours

To be honest, I expected praises about Turkish drones in the article by the editor-in-chief of "Censor". "Bayraktar" is a great weapon of Ukraine or something similar. And did not wait. This is rather strange. That kind of money poured into the purchase. So much effort to create a sect of fans of these UAVs, and all in vain? Or did Butusov read somewhere the enemy media with stories about how these same Bayraktars fell in Syria?

Or maybe, over the course of a few years, Butusov was reformatted into a separatist? He is so blatantly lying to the Ukrainians about the weakness of Ukrainian weapons that a question already arises for the SBU.

APU is the most powerful army in Europe? Or not already?

Then what about this:

“It must be admitted that this tank (I mean the T-90M) has a great advantage over the Ukrainian ones, including the Oplot tank, and nullifies the Oplot production program itself.
“These self-propelled guns (2S35“ Coalition-SV ”) are an attempt to create a new system in 152 mm caliber according to NATO standards, with new weapons, a fire control system and new projectiles. The Russians claim that the "Coalition" can fire at a range of up to 40 km, and with special shells - up to 80 km, while talking about the use of adjustable shells. The coalition has a significant superiority over our artillery systems. "
Sometimes I get the feeling that the Ukrainian media have begun preparations for the end of the “spring exacerbation”. Agree, after reading what the editor-in-chief of a radical Ukrainian patriotic publication writes, thoughts arise that there is no need to attack Russia yet. The answer will be bloody. We urgently need to solicit weapons from the alliance. Anyone! Or collect weapons from NATO components at home.

“Russian military equipment is technologically inferior to NATO counterparts. Ukraine has every opportunity to develop a realistic military doctrine and army modernization program, which will effectively counter the Russian threat with the help of NATO technologies. "
It was not possible to take the Donbass and Russia "for fear".

The Russian bear raised one eyelid, openly moved a small amount of its weapons on its territory. And this caused panic not only in Kiev, but also in Washington, Brussels and other European capitals. Therefore, it is urgently necessary to traditionally “turn zrada into a reward”.

The APU will certainly defeat the Russian army. Soon ... Especially considering that, according to Butusov, Russian weapons are seriously inferior to Western ones. In almost all components.

But we, the Russians, are again using the "shapkozidatstva" strategy. Only now we are not taking the number of soldiers and officers, but the number of tanks and guns.

We steal ideas from the West and install NATO-like defense systems on our tanks and armored vehicles. We equip our weapons with similar western guidance systems, fire control systems, digital communications ... It is strange that Butusov did not mention the stolen technologies of hypersonic or laser weapons.

Once upon a time, in Soviet childhood, we laughed at the "too smart":

So I, after reading the article by the editor-in-chief of a fairly large Ukrainian media outlet, thought about it. Isn't he a husband of the steering wheel? Or maybe he considers the Ukrainians to be these same husbands?

I understand perfectly well that it is difficult for the drugged ukroSMI citizens of the "square" to adequately perceive what their politicians and the military are talking about. But when communicating with Ukrainians (not with the “defenders of Ukraine”, but with ordinary people who have fallen under the pressure of ukropaganda), you realize how many adequate and understanding people still remain there.

You can defeat Russia. Just like the USA, China, India, Brazil and others can be defeated. Only such a victory will destroy not only the vanquished, but also the victors. And none of the mighty of this world will never risk their country for such a victory. Shooting and killing each other is the lot of countries of the second, third and other levels.

Building a new world is really difficult and often painful. As at any construction site, there are injuries during the construction of a new political system in the world. From these injuries, some organs are amputated and thrown away, and some, on the contrary, quickly heal and work again ...

Honestly, I don't want to amputate an organ infected in 2014. I want the wound to heal.

And the sect of admirers of "Saint Javelin and the prophet Bayraktar" will go into oblivion ...