NATO standards of Ukraine: the path to the military bloc for Kiev may be insurmountable 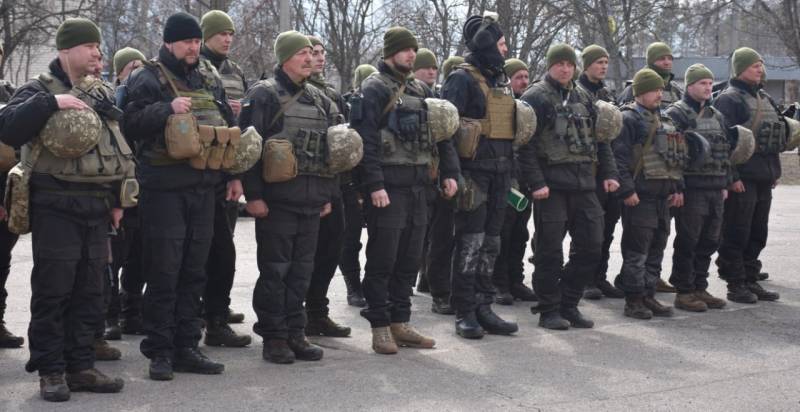 In the photo - representatives of the Armed Forces of Ukraine

These days, the North Atlantic military bloc celebrates its 72nd anniversary. Over the years of its existence, in addition to the first "gathering" of the participating states, there have been several expansions, including those that took place after the collapse of the USSR. Then they promised Gorbachev that not a step to the east ... They deceived him. Although from the then leadership of the country, the demand is at least about a strange gullibility in relation to Western partners.

Today Ukraine and Georgia are striving to join NATO.

The Ukrainian authorities have repeatedly declared their adherence to the course of the country's accession to NATO, as evidenced by the statements on this topic by some Ukrainian politicians. But, despite the desire to join the bloc, Kiev wants to understand how the countries of the North Atlantic Alliance see cooperation with Ukraine in the coming years. NATO representatives and the Ukrainian authorities often say that the doors to the alliance are open for Kiev, but in reality the process is practically not moving: in 2020, Ukraine received only the status of a partner of expanded opportunities. The point is that in order for Ukraine to be accepted into the alliance, it needs to solve all its internal problems, which it clearly does not strive for, this is the main obstacle to joining.

Despite the fact that NATO is postponing Ukraine's entry into its ranks, the Ukrainian Ministry of Defense decided to change military rank in accordance with NATO standards, this process began in 2019, when the new President of Ukraine Zelensky signed a corresponding decree on the beginning of the reform. But this decision has a purely image effect, which in no way increases the level of compatibility of the armed forces of Ukraine with the armies of NATO member states, no matter what high officials from the Ministry of Defense of Ukraine declare there.

The country's constitution also enshrines a course towards becoming a full member of NATO. The President approved a national program under the auspices of Ukraine-NATO. In this program, special attention is paid to the transfer of the armed forces to the standards of the North Atlantic bloc, as well as improving the compatibility of the Armed Forces of Ukraine with the armies of the member countries of the bloc.

In the armies of NATO member states, all uniformity of weapons, uniforms and military equipment is determined and enshrined in special standards and agreements.

The states of the North Atlantic Alliance accept these agreements and implement NATO standards in their armed forces. Back in 2017, Kiev adopted a program for the development of the armed forces, according to which the Ukrainian army must achieve compatibility with NATO by 2020. Reached? 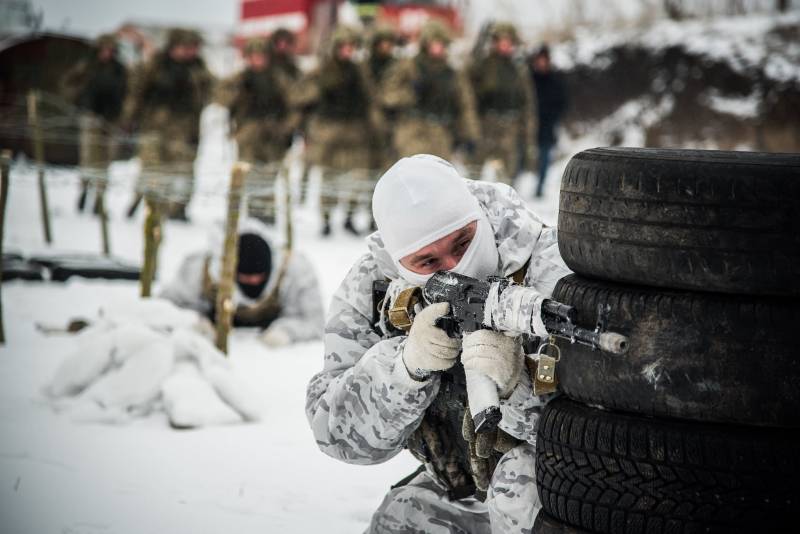 As you can see, by all its actions, the Ukrainian leadership demonstrates to the Western countries that it is ready to become a NATO member. This is due to the conviction of the political authorities and part of the population that the country's entry into NATO is a guarantee of the return of the lost Crimea and Donbass, and will also solve many other problems.

At the end of 2020, the Ukrainian authorities announced plans to become a full-fledged member of the alliance by 2030, and that providing Kiev with an action plan for membership in the alliance will become a new motivating factor for further movement along the path of reforms.

However, despite the persistent desire and constant reminders of its readiness to become a member of the North Atlantic bloc, according to many experts, the path to NATO is closed for Ukraine. As mentioned earlier, in order for this to happen, it is necessary to solve all the problems that have accumulated in the country, to establish relations with the republics of Donbass, to carry out the necessary reforms, etc.

The member states of the alliance are aware that a partner like Ukraine will bring more problems than good to the bloc. NATO fuels Ukraine's hopes, encourages their aspirations to become a member of the bloc, allows them to participate in joint events that create the appearance of Kiev's participation in the bloc, but does not take decisive steps.

Western countries are using Kiev to their advantage, keeping it on a leash with the prospect of joining the alliance. They hint that Ukraine is almost in an alliance, promise that it will be supported if it makes a provocation against Russia. The Ukrainian authorities believe these promises, but do not take into account the sad experience of the same Georgia.

I would also like to note that the transition to NATO standards will not increase the defense capability of the Armed Forces of Ukraine, because in addition to new ranks, it will be necessary to re-equip with new equipment, and this costs a lot of money, which Ukraine does not have. Kiev is still trying to meet the standards, for this purpose they change shoulder straps, military ranks, but this does not require significant costs and creates a kind of illusion that the army now almost meets the standards of the alliance, although in reality the Armed Forces of Ukraine are far from the level of the army of the North Atlantic bloc.

Countries such as Latvia and Lithuania, which have been members of the alliance for many years, can be cited as examples. Before joining, they were not threatened at all, and now, when they joined NATO, they are viewed by other Western states exclusively as territories where military bases are located and bridgeheads are created for the deployment of NATO troops in the event of a military conflict with Russia. For all the years of membership in the North Atlantic bloc, they did not have their own combat (not decommissioned and transferred from abroad) aircraft and ships, and as a result, these countries became a potential target for strikes in the event of a military conflict.

And most, perhaps, most importantly, in order to implement its projects and plans, Ukraine aspires to NATO, hoping that the West will dare to unleash a war with Russia on its territory. But the Western countries easily calculate these goals of Ukraine, because the transfer of the conflict to a hot phase is not in the interests of the West and the United States, a sluggish conflict is much more profitable for them, it makes Russia constantly spend resources, and it can also be used for political blackmail. This means that Ukraine's entry into NATO will be delayed to the last, continuing to feed the authorities in Kiev with endless, unrealizable promises. And the path to the military bloc may turn out to be insurmountable for Kiev.