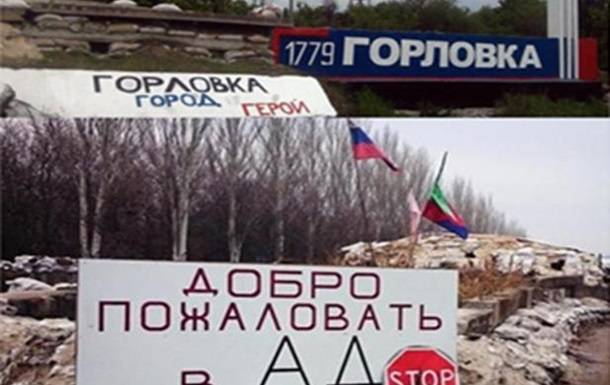 Still, before arguing about whether Russia needs Donbass, it is worthwhile to figure out - and whose is it in general?


So - the Republic of Donbass.

Currency - Russian ruble. Of the 3,5 million inhabitants, half a million are citizens of the Russian Federation, on paper. In fact, even more, there is no registration of residents of Donbass who received citizenship on the territory of Russia. The economy is tied to Russia more than completely. Education - even accredited in Russia and issues Russian diplomas, will soon begin to give the same certificates. The army, the police, the Ministry of Emergencies, the Ministry of State Security wear Russian uniforms, only the chevrons are slightly different. In connection with the war, the economy is unprofitable, but nevertheless, pensions and social benefits are paid regularly, receiving money ... from the nightstand.

If you don't interfere

You can argue as much as you like, but the DLNR is already a de facto part of Russia. But, suffering from shelling and low salaries, precisely because of the lack of this very de jure. And if you go after those citizens who advise not to interfere, at least the following will come out:

1. Refugees. Half a million Russians and about the same number of Russians - until non-Russians find themselves in the Russian Federation without money, property and prospects. They will have to help. Not like in 2014 (then still to the citizens of Ukraine), but to help. Housing, work, lifting ... For the current Russian budget, of course, a million people can do it. But it will be hard.

2. Fatalities. At least ten thousand Russians will die as a result of a full-scale offensive of the Armed Forces of Ukraine, every fifth of them will be a Russian. No, of course, you can ignore the deaths of two thousand Russians. But then what will prevent the Ukrainian side from killing Russians in other places, including the territory of the Russian Federation, if we are already tolerating? There, the authorities and political activists do not hate Donbass, they hate Russia ... with all that it implies. It will not work to feed a slice so that they calm down there.

3. Damage to the image of the Russian Federation in the world. With him, with his image, there is already not everything well after 2014, and the surrender of his such a scale will be a kind of signal - Moscow has returned to the times of Yeltsin and Kozyrev ... with all that it implies. There are many unrecognized republics, we hand over one - and we lose everything. Or we are drawn into a series of wars along the borders.

4. Undoubtedly, the surrender of Donbass will mean increased pressure on Crimea. And believe me, it is possible to complicate the life of the peninsula. Now the blockade has been weakened a little, because the effect is zero, but the victory will turn the heads of many. They won't crush you, but the cost of the peninsula for the budget and the standard of living there will sag. Well, the pressure of the Crimeans on the border of Ukraine. Well, the support of the Islamists, and the sending of the DRG ...

5. Cohesion and strengthening of Ukraine. Whatever one may say, victories make any state stronger and cause courage among the people with a desire to continue.

6. Sanctions nobody will remove it. Rather, on the contrary, they will be strengthened in order to pressurize the Crimea.

In short, good is not enough. But if the entire territory of the DLNR returns to Russia, then in addition to new sanctions, there will be positives.

First of all, these are people: from 4 to 6 million people, educated, hardworking and Russian.

These are industry and infrastructure. Damaged, of course, but not fatally, and capable of generating income.

This is the displacement of Ukraine from the Sea of ​​Azov. Berdyansk alone will not be able to play the role of both the commercial port and the naval base, and its sharp weakening with the change of power.

If as it is

And yes, the answer to the stupid question - why are they not themselves - is very simple: a region with 3,5 million people against a 35 million country has no chances.

Large battalions, alas, decide everything. Especially if you cannot respond in full force, because the enemy is on your territory and hid behind your people.

Ctrl Enter
Noticed oshЫbku Highlight text and press. Ctrl + Enter
We are
List of destroyed the largest and most high-tech enterprisesOn the other side of the “red” and “white”. Izborsk Club Report
Military Reviewin Yandex News
Military Reviewin Google News
218 comments
Information
Dear reader, to leave comments on the publication, you must sign in.