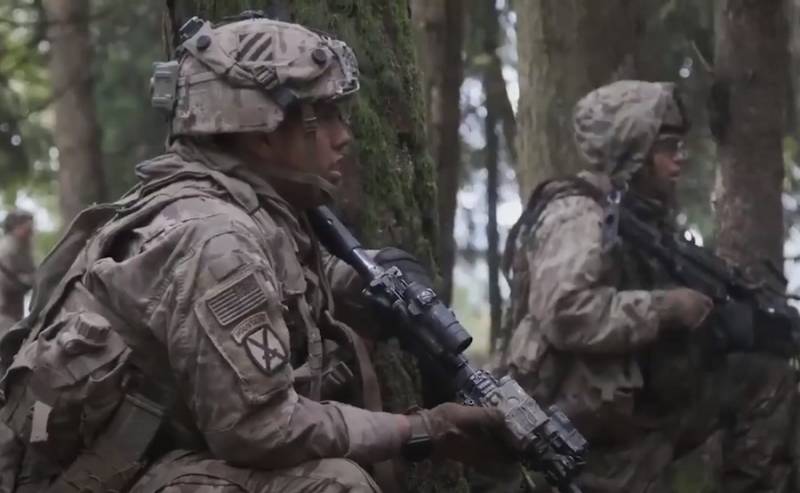 NATO is preparing for a war with Russia, in particular, the Defender Europe 2021 exercises are aimed at this, said the representative of Ukraine in the Trilateral Contact Group on Donbass Oleksiy Arestovich on the YouTube channel UKRLife.TV.


According to Arestovich, NATO is practicing the war with Russia and does not hide it. The main direction is the capture of Crimea and everything that is located to the north of it. The upcoming exercise Defender Europe 2021 is precisely aimed at working out the issues related to this.

Defender Europe 2021 is translated as "defend Europe". Their meaning is that in the waters from the Baltic to the Black Seas, a war with Russia, the topic of an armed confrontation with Russia, is being worked out - well, let's be clear.
- said Arestovich.

He explained that the alliance has already begun to pull together forces to conduct exercises, the main phase of which will take place in May-June this year.

The representative of Kiev did not forget to speak out in the direction of Russia, threatening it with "big losses" in the event of an attack on Ukraine. According to him, if the Russian army enters the Ukrainian territory, then Kiev "will shed so much blood that they will not like it."

All these plans for a Russian war against us rest on only one thing, that they will shed so much blood that they will not like it. We will work to the fullest, by all means that the Armed Forces of Ukraine have
- he added.

The Defender Europe 2021 exercise is announced as the largest in the last 25 years. They will be held on the territory of 16 European countries with the participation of 20 thousand American troops and 17 thousand from NATO countries and their allies, including Ukraine.
Ctrl Enter
Noticed oshЫbku Highlight text and press. Ctrl + Enter
We are
Reports from the militia of New Russia for 27-28 September 2014 of the yearDecember 2010 years. Russian March. Senseless and merciless? Notes not a Russian person
Military Reviewin Yandex News
Military Reviewin Google News
131 comment
Information
Dear reader, to leave comments on the publication, you must sign in.