"For the first time since July 2020": the Armed Forces of Ukraine inflicted an artillery strike on the positions of the LPR 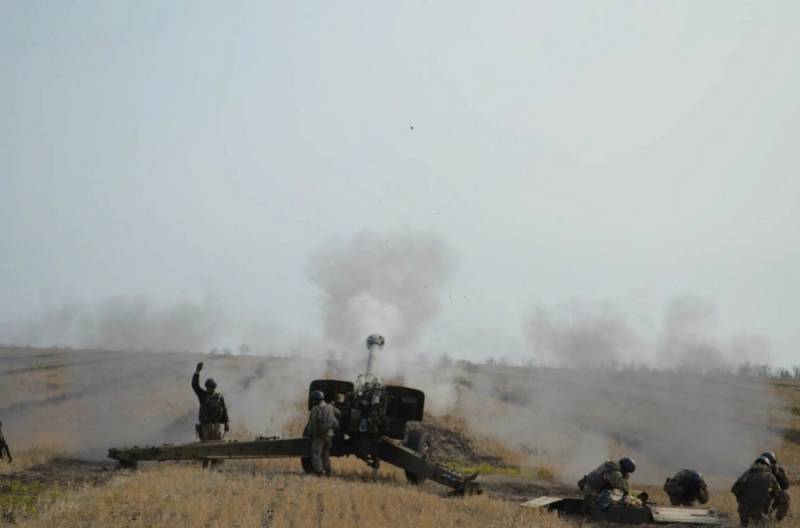 The situation on the contact line in Donbass remains tense, and Ukrainian security forces have begun to use artillery. According to the press service of the People's Militia of the LPR, Kiev for the first time since the end of July last year fired on the territory of the republic with 122-mm shells.


According to the official representative of the People's Militia of the LPR Yakov Osadchy, the Kiev security forces fired at the area of ​​the village of Kalinovo-Borshchevate with 122-mm artillery pieces, firing a total of 16 shells. The fire was conducted from the positions of the 59th and 92nd brigades of the Armed Forces of Ukraine. NM LPR was forced to return fire from weapons not prohibited by the Minsk agreements.

To ensure the safety of the civilian population of the Republic, our defenders were forced to open fire on enemy positions (...)
- he said.

Meanwhile, the head of the Kiev delegation to the Trilateral Contact Group on Donbass, Leonid Kravchuk, called Russia "the enemy of Ukraine" and Belarus - "her lackey." The ex-president has once again stated that Russia allegedly wants to destroy Ukraine.

As Solzhenitsyn said, Russia has no friends: it has either enemies or lackeys. Today the enemy is Ukraine, and the lackey is Belarus
- said Kravchuk.

Earlier, Mr. Kravchuk called Russia an enemy of Ukraine and at the same time stated that it is necessary to continue to negotiate, indicating that he considers the Russian Federation "a party to the conflict in the South-East of Ukraine."
Ctrl Enter
Noticed oshЫbku Highlight text and press. Ctrl + Enter
We are
Summary of the week from voenkor Mag about events in the DNI and LC 21.04.18 - 27.04.18The weekly summary of 9-15 December about the military and social situation in the DNR and the LC from the military men "Mag"
Military Reviewin Yandex News
Military Reviewin Google News
66 comments
Ad