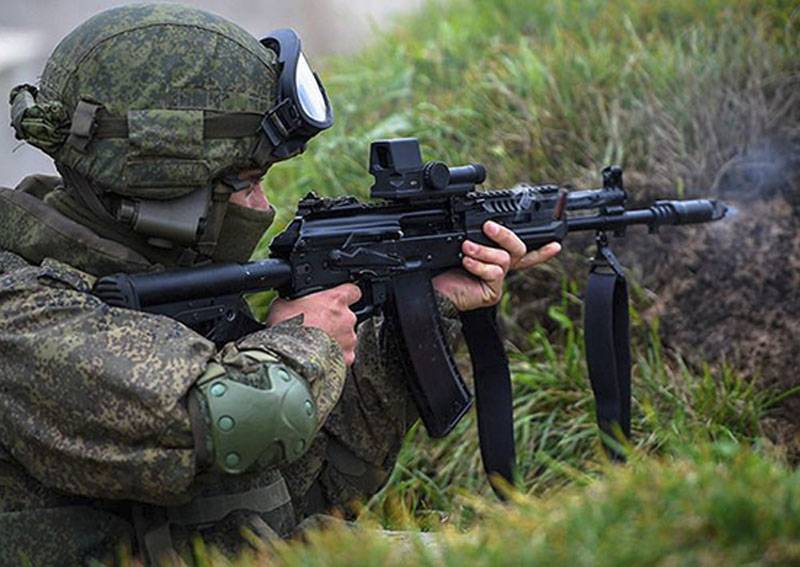 Ten years ago, in 2011, NPO Izhmash (now the Kalashnikov Concern) began developing a promising assault rifle, the future AK-12. During the development and testing stage, this sample faced various difficulties that had the most serious consequences. However, the AK-12 was nevertheless brought to the desired appearance, entered service and went into production.

The design of a new machine gun at Izhmash started on its own initiative in mid-2011 and was carried out under the leadership of V. Zlobin. In the AK-12 project, it was planned to use the experience of research work of recent years and a number of new solutions. The project was completed in a few months, and the first trials began at the end of the year.

In January 2012, the AK-12 assault rifle was first presented to the general public. In the same year, the product was included in the Izhmash exposition at several military-technical exhibitions. At the same time, the machine was offered to a number of domestic departments, which were considered as potential customers.

Automatic in the 2014 version.
In the same year, the AK-12 assault rifle together with the AK-103 were proposed for a competition to create weapons for combat equipment "Warrior". The army conducted comparative tests, during which Izhmash's developments competed with machine guns from the Kovrov Plant named after V.I. Degtyareva. Products A-545 and A-762 were recognized as winners and recommended for use in the "Ratnik". The development of the AK-12 had to continue without the support of the army.

In 2014, the newly formed Kalashnikov concern once again presented its assault rifles for testing. The result of the competition was the same - the AK-12 was not recommended for adoption. Moreover, as a result of these measures, the new management of the concern decided to abandon further work on the machine in its current form. It was proposed to develop a new design, devoid of the characteristic shortcomings of the existing one.

The Army-2016 forum hosted a premiere showing of a number of promising Kalashnikov designs, incl. AK-12 assault rifle of the second version. As reported, this project was created practically from scratch and without borrowing ready-made parts and assemblies. Due to this, it was possible to get rid of the problems that the weapons of previous models had, as well as to increase the manufacturability of production and improve the tactical, technical and operational characteristics.

AK-12 mod. 2016 with a silent firing device
In 2017, the next comparative tests began, for which the Kalashnikov concern submitted AK-12 assault rifles and an AK-15 product based on it, chambered for 7,62x39 mm. It was reported that the new version of the AK-12 showed itself well and has the greatest prospects. The concern was ready to start mass production as early as 2018 - immediately after receiving the order from the Ministry of Defense.

In January 2018, it became known that the AK-12 and AK-15 received a recommendation for adoption. Such weapons in the future were supposed to enter the ground and airborne forces, as well as the marines. Soon there were reports about the production and transfer of the first batches of new machines and about the start of the process of their development in the troops.

Within the framework of the Army-2020 forum, the Kalashnikov concern presented several different types of weapons, incl. modernized AK-12 assault rifle of the second version. Taking into account the experience of operating weapons in the troops, some changes were made to the design that did not affect its basic principles. There are new and improved hardware elements and redesigned sighting devices. 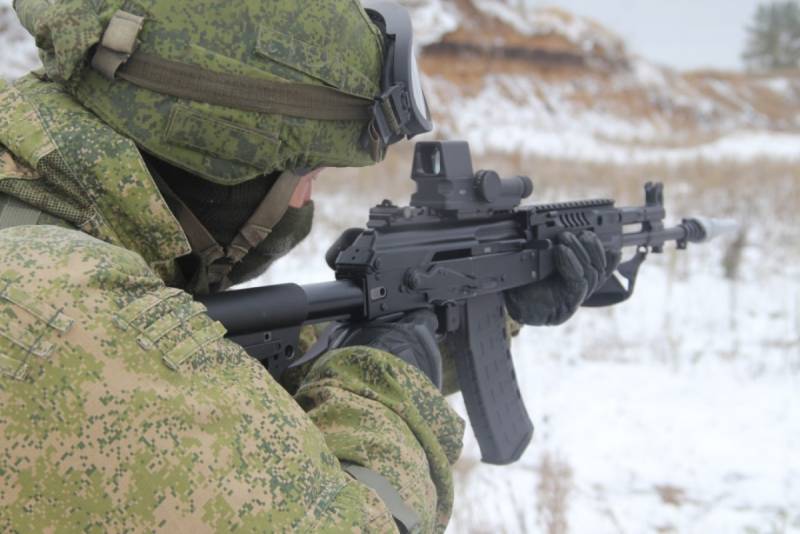 Serial AK-12 in one of the units of the armed forces
The prospects for the AK-12 version of 2020 have already been determined. It was argued that such a weapon will go into production and replace the previous version of the machine. In addition, a new AK-12 assault rifle was created on the basis of the modernized AK-19. It uses a 5,56x45 mm NATO cartridge and is intended for export deliveries.

It can be assumed that in the foreseeable future, the AK-12 and AK-15 will again undergo modernization of one kind or another. In particular, it is possible to improve the design and production technologies, taking into account new operating experience. Like any other new samples, the two machines retain minor flaws that can only be identified with prolonged use.

Machine guns in the troops

On a regular basis, the Ministry of Defense announces the arrival of new batches of AK-12 and AK-15 assault rifles in combat units. Each such batch includes up to several hundred items; some connections have already received thousands of units. Obtaining new samples makes it possible to abandon the existing AK-74 (M). At the same time, AK-15 products of a different caliber make it possible to change the general indicators of the unit. 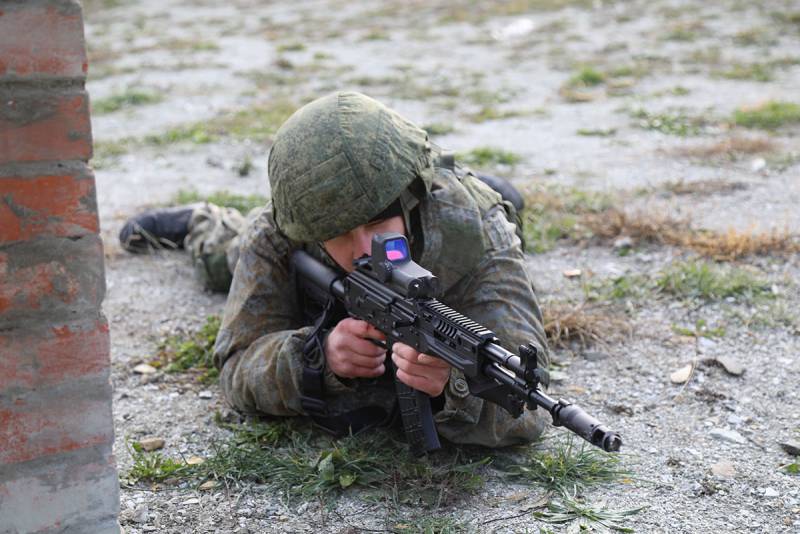 First of all, the rearmament of units is being carried out, which are assigned increased responsibility. The assault rifles are received by reconnaissance and airborne assault units, special forces, etc. In the foreseeable future, the re-equipment of line units, which make up the bulk of the troops, will start.

The new machine is generally receiving positive reviews. Greater convenience is noted due to new ergonomic elements. The proposed design of the main parts and improved automation make it possible to obtain an increase in accuracy and accuracy. At the same time, from the point of view of development or maintenance, the AK-12 is minimally different from the weapons of previous models.

However, the machines have not yet got rid of "childhood diseases". Regularly, at different sites, reviews appear about certain flaws in the design or production technology, which have not yet been eliminated. There are problems with the coating of parts, with fittings, etc. Probably, all these problems can be eliminated as production continues. 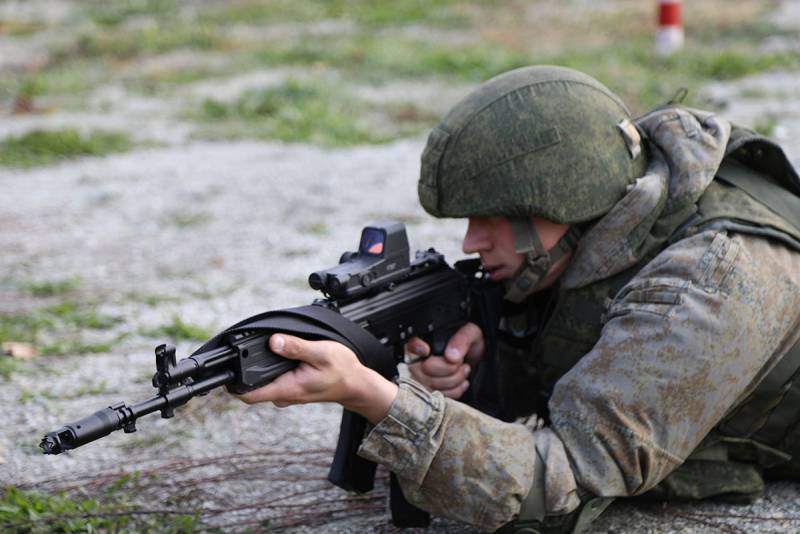 Obviously, the mass production of the AK-12 and the supply of such weapons to the troops will continue over the next years. The number and share of these machines in the armed forces will gradually increase. It is possible to introduce certain modifications aimed at correcting shortcomings and improving the design. Also, one cannot exclude the possibility of the appearance of new modifications and promising models based on the machine gun.

Results of the decade

This year marks 10 years since the start of work on the first version of the AK-12, and it was quite an interesting decade. In the shortest possible time, Izhmash was able to create a promising and interesting model with a number of important innovations, but it turned out to be unsuccessful and did not receive development. The second attempt to create a promising weapon was crowned with success - and launched rearmament.

Civilian carbine TR3 based on AK-12
Despite the lingering problems and shortcomings, the AK-12 arr. On the whole, 2016 can be considered successful. The assigned engineering and technical tasks have been successfully solved, and the armed forces have already received thousands or even tens of thousands of new weapons. In addition, on the basis of the AK-12, machine guns were created for other cartridges, incl. for the international market and a civilian carbine.

The AK-12 product was initially positioned as "the fifth generation of Kalashnikov assault rifles." It was assumed that it will continue the legendary domestic line and provide the Russian army with modern weapons for the coming decades. The process of solving such problems turned out to be rather complicated and excessively long, but still led to the desired results. The army received new and more effective weapons.

Ctrl Enter
Noticed oshЫbku Highlight text and press. Ctrl + Enter
We are
Ak-xnumx. The story of farceA new version of the AK-12 for the special forces units will soon appear.
Military Reviewin Yandex News
Military Reviewin Google News
137 comments
Information
Dear reader, to leave comments on the publication, you must sign in.