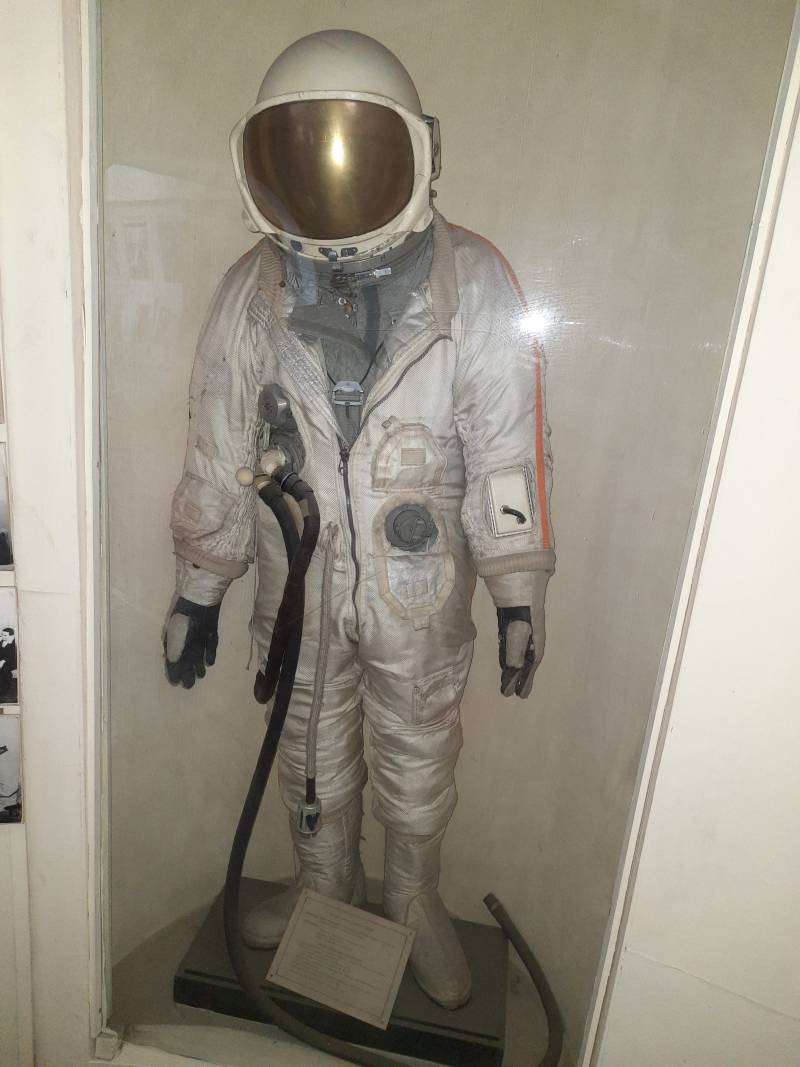 After A.A.Leonov's successful exit into open space, which in its essence confirmed the fundamental possibility of finding a person in open space, the designers faced a new task of creating a spacesuit for practical work outside the ship.


This need arose primarily because the Soviet lunar program provided for the transfer of astronauts in Earth orbit from the Soyuz transport vehicle to a spacecraft for circling the Moon by crossing open space.

The Berkut spacesuit for AA Leonov's spacewalk, firstly, did not provide the required duration of autonomous operation (up to two hours), since other tasks were assigned to it. Secondly, the new SC was to be used only for extravehicular activities and put on immediately before leaving, while the Berkut SC performed a double function - as a rescue SC at the stages of launching into orbit and entering the dense layers of the atmosphere, and SC for extravehicular activity. Thirdly, the experience gained when A.A. Leonov came out required significant improvements, including due to the transition from open-type coolant to closed-type coolant.

Like SC "Berkut", "Yastreb" had a double hermetic shell, double glazing, and given the sharp change in external thermal conditions in space - depending on being in the shade or on the sunny side, it was decided to use thermal protection on the Yastreb in the form screen-vacuum insulation, similar to that used at the SC "Berkut".

To facilitate putting on the spacesuit in zero gravity in the utility compartment of the ship, which has a limited volume, the shell of the spacesuit had a cut for the "standing" position, which excluded its use as a rescue spacesuit, since its compatibility with the Kazbek chair was lost. The ventilation suit was permanently attached to the inner shell of the SC. The sealed cuffs of the sleeves, like the gloves, were removable; instead of leather boots, soft shoes were used, etc. 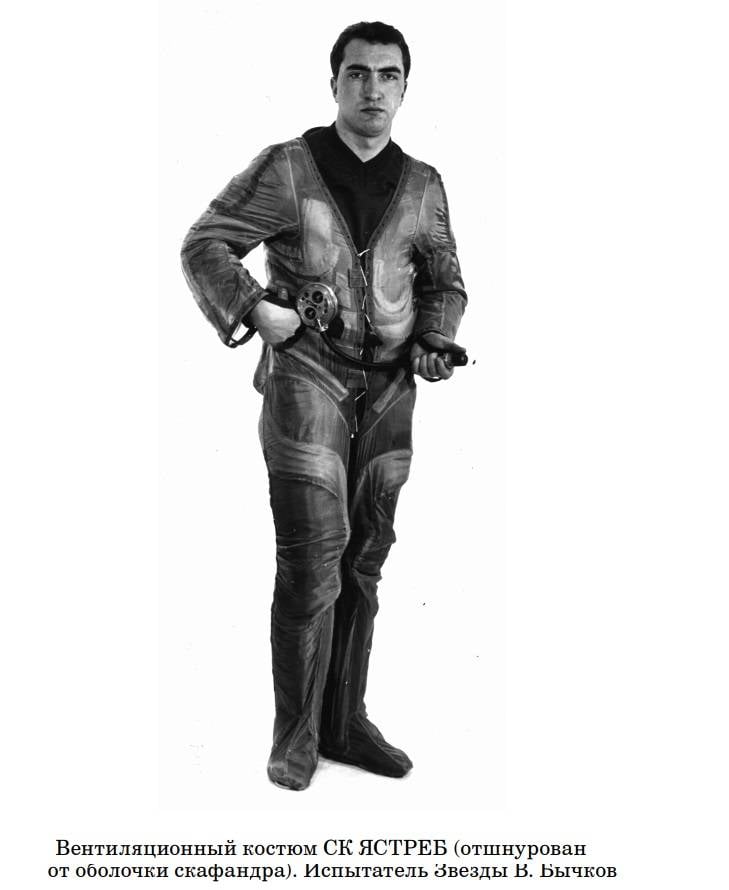 The GNSh-2 pressure helmet underwent refinement, the light filter in which, unlike the Berkut SC, was located outside, which increased the internal volume of the under-helmet space. In addition, hand mobility has been improved and a compact communications connector has been developed. An emergency oxygen cylinder is installed on the body of the suit, and so on, and the layout of the pressure regulators on the Yastreb shell, in contrast to the Berkut, was made differently.

Power supply, radio communication and control of telemetric parameters were carried out using the onboard systems of the ships with the help of an electrofala. 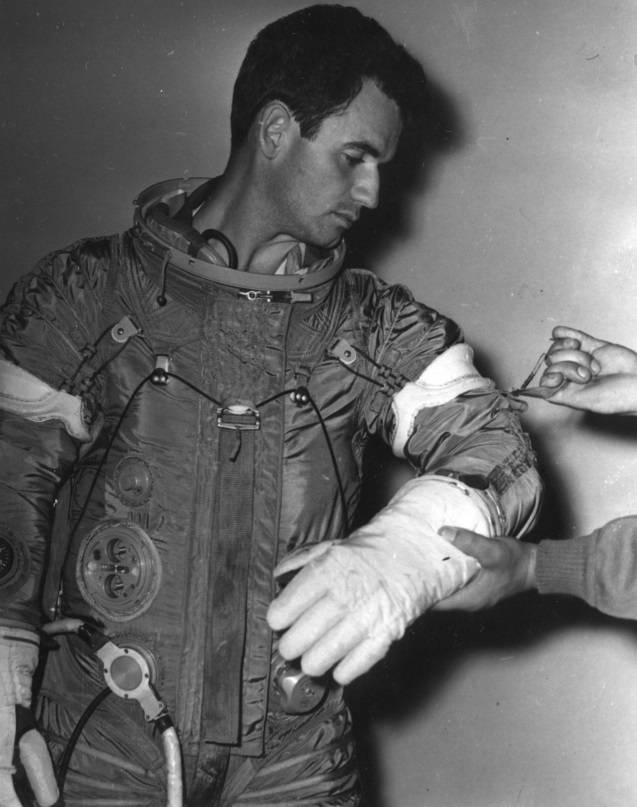 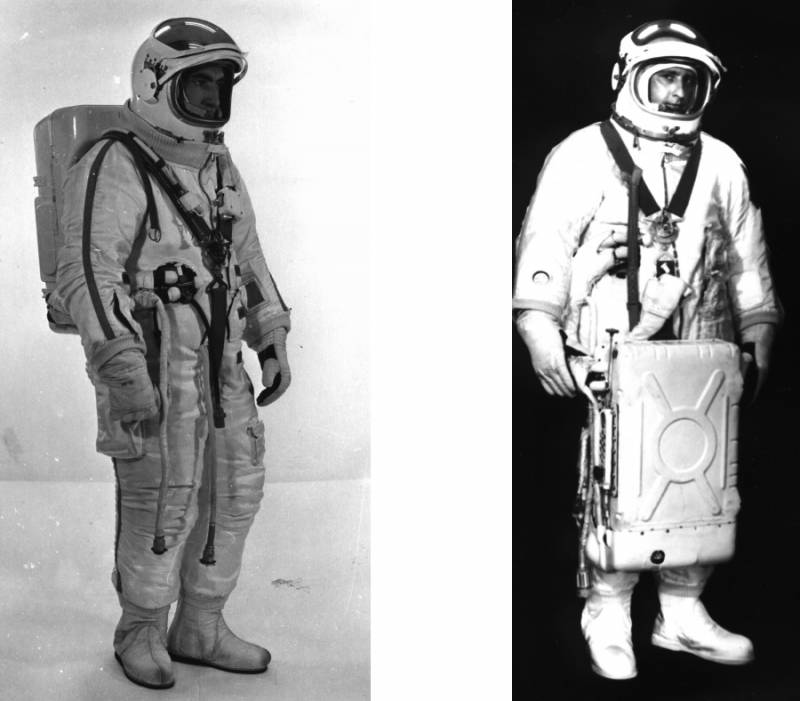 Coolant system for SC "Yastreb" was made in two versions:

The version of the hanging knapsack was caused by the narrow hatch of the Soyuz spacecraft, the diameter of which was 600 mm and made it difficult to pass in a spacesuit with a knapsack placed on the back. 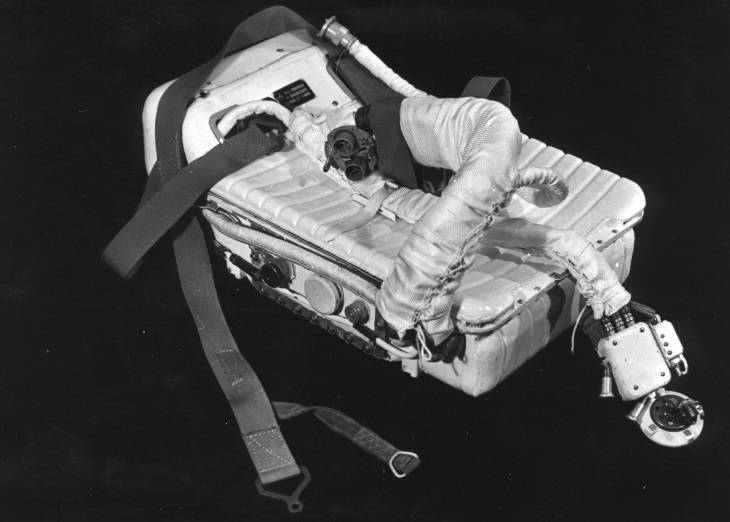 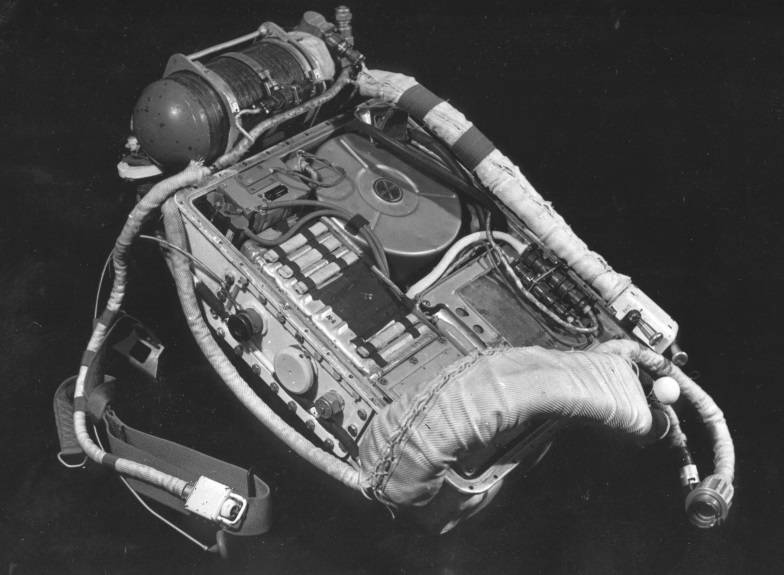 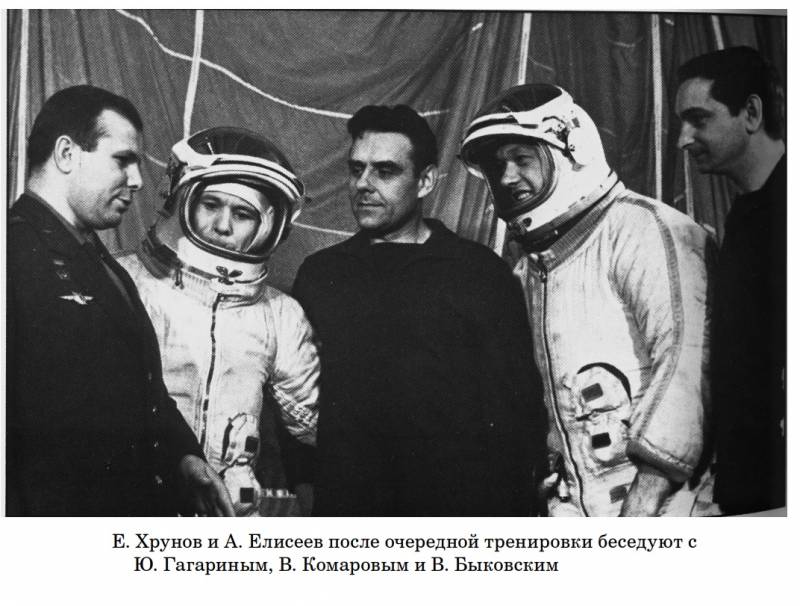 Ctrl Enter
Noticed oshЫbku Highlight text and press. Ctrl + Enter
We are
Commentary on A. Petrov's interview “Fire and Tactics in the Russian Army: Another Look”About Stalin and Khrushchev
Military Reviewin Yandex News
Military Reviewin Google News
23 comments
Information
Dear reader, to leave comments on the publication, you must sign in.