"Name the ships" Putin "and" Stalin "- Russia will not attack them": the names of frigates under construction are being discussed in Poland 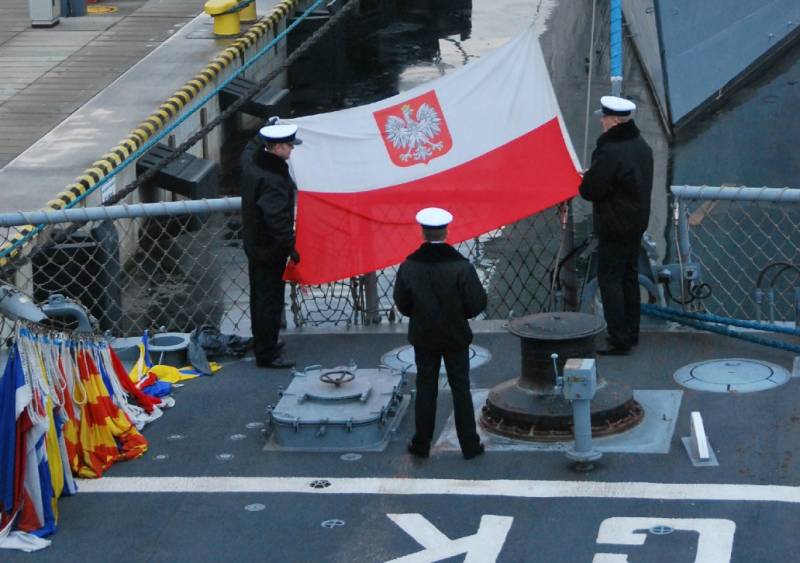 Since the 1990s, Poland has been concerned about increasing the combat capability of its naval forces. According to Warsaw, the potential of the existing naval forces is clearly insufficient to deter a possible attack from the Baltic Sea. Naturally, Russia is named as a possible aggressor, but this is not the point now.


According to the position of the Polish government, the fleet must be ready to repel missile attacks not only on ships, but also on the area in which these ships are located. The implementation of this concept required Warsaw to move to the creation of its own frigates. In the foreseeable future, the Polish Navy should replenish with 3 frigates. And here the fun begins ...

The Polish Naval Academy presented the results of a study to the Ministry of National Defense, which stated that historical a tradition of the Polish naval forces is the naming of ships in honor of the ethnographic groups of the Polish people. The military department agreed with the conclusions of the academy, after which it was decided to name the first frigate of the modern Polish Navy "Goral" ("Gural"), and two other frigates that will be built later - "Mazur" and "Kuyaviak".

Let us remind you that Gurals, or Gurals, are an ethnographic group of Poles inhabiting the mountainous regions of southern Poland - Podhale and Beskydy, as well as the northwestern part of Slovakia and the northeastern part of the Czech Republic. Actually, gurali means "highlanders". During the Second World War, the Nazi administration of the General Government tried to separate the Gurals into a separate nation, which possessed greater privileges compared to the rest of the Poles.

Kuyavia is a historical region in northern Poland, which was once part of Prussia. Mazury is another interesting ethnographic group, whose representatives derive their history from the Polish Prussians and do not consider themselves either Poles or Germans. Interestingly, a significant part of the Mazur professes Lutheranism, not Catholicism.

Of course, ethnographic groups and nationalities must be respected, and here the policy of the Polish leadership might not raise any special questions. However, critics of such names for new ships immediately noted that the government made attempts to highlight those regions in which they voted for the ruling coalition. That is why the first version of the name "Krakowiak" was replaced by the name "Mazur".

It is also noted that the historical ships "Gural", "Mazur" and "Kuyaviak" were sunk during the Second World War by German planes. In this regard, critics of such names fear that the new ships will inherit the sad fate of their predecessors. 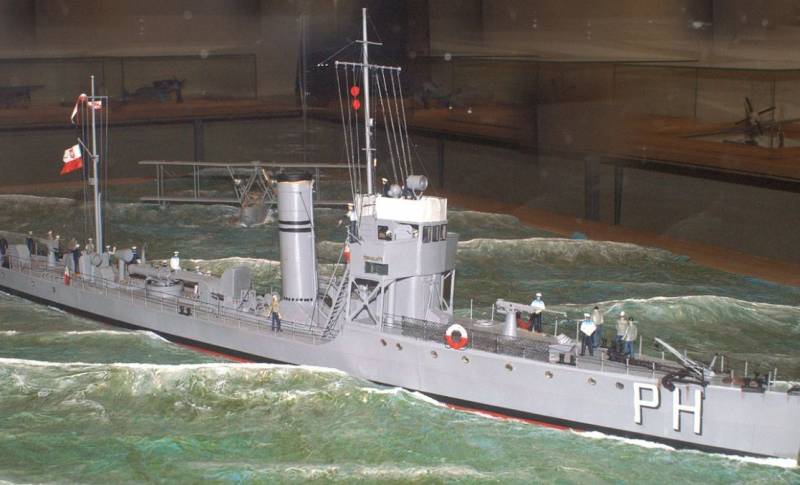 Model of the historical ship of the Polish Navy "Gural"
By the way, the historic "Gural" since 1917 served as a torpedo boat in the Imperial navy Germany, and in 1919 it was transferred to Poland. In 1921, the ship was renamed "Podalanin", and on September 29, 1939, she was sunk as a result of attacks by the Luftwaffe.

The historical "Mazur" has about the same story: a German torpedo boat, transferred to Poland after the end of the First World War, sunk on September 1, 1939 during a raid by a German aviation... The destroyer "Kuyaviak" was transferred to Poland by Great Britain already in 1941, and in 1942 she sank in the region of Malta, being blown up by a mine.

As the comments of readers on Polish sites testify, many ordinary Poles are in solidarity with the critics of the names. For example, a certain Bimbo suggests leaving ethnographic names for corvettes, since there are corvettes "Silesia" and "Kashubia", and to assign the names of prominent military leaders and statesmen to frigates.

The user with the nickname Patkolo advises first to at least build ships, and then assign names to them. There was a place for jokes: one of the users advises to give the frigates of the Polish Navy the names "Putin", "Lenin" and "Stalin" - allegedly Russia would not dare to attack such ships ...