A new era of British hegemony 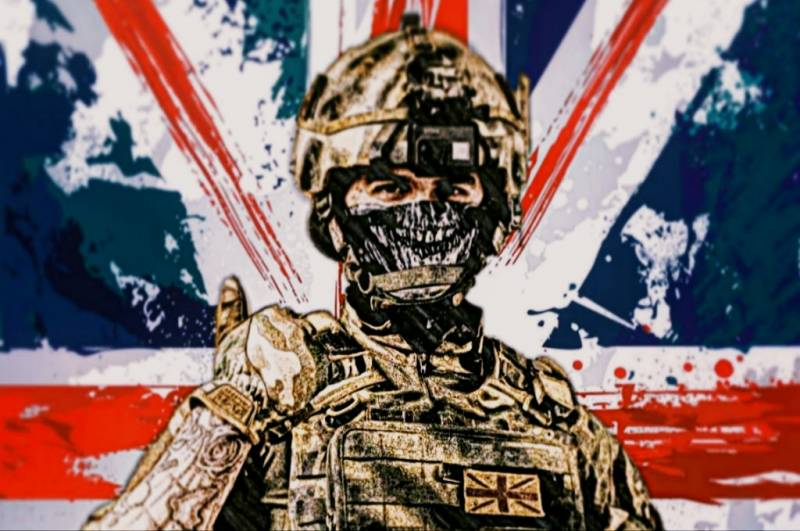 “We plan to significantly reduce the deployment of our forces in the Mediterranean: from 1968 we will abandon the base in Aden and limit our presence in the Middle East to the Persian Gulf. Our forces in the Far East will also be reduced, and for several years we will not maintain a permanent British presence in the Caribbean or southern Africa. The current grouping of troops in Germany can only be preserved if the budget covers the costs of foreign exchange transactions. It is now clear to us that, in the future, Britain will not assume obligations abroad that would require it to conduct major military operations without the cooperation of allies. We will not try to maintain defense facilities in any independent country against its will ... "

These words, spoken back in 1966 by Lord Shackleton at a meeting dedicated to the future of British foreign policy, put an end to any ambitions of the country, which recently held the title of "mistress of the seas."

The collapse of the empire, the severity of the two world wars, the humiliating consequences of the Suez crisis, coupled with the growing social tension - all this proved to be an unbearable burden for Britain and its post-war government. In the end, London was left with no choice but to leave the scene, finally yielding to the growing power of the United States.

More than half a century has passed.

The UK is returning to the idea of ​​a global presence around the world. Britain is actively reducing and optimizing the size of the army, focusing on the development of special forces. Photo source: thesun.co.uk

This material will be based solely on statistical data and analysis of the British government's policy document, entitled “Global Britain in an Age of Competition: A Comprehensive Review of Security, Defense, Development and Foreign Policy”.

First of all, talking about London's claims should start with the fact that ... the world has changed. Our very environment is rapidly and imperceptibly transforming into something new, completely unlike the era of the Cold War. The influence of a power is more determined by the control of financial flows and logistics hubs than by the presence tank armies, and a timely “landing” of analysts, military instructors and diplomats is now many times more important than a manned infantry division.

The world has changed - and new global players are emerging in the new realities.

Modern wars require up-to-date means - and woe to those countries that will not be able to navigate in the changeable era of high technologies ...

The strategy of scientific and technical hegemony

Great Britain perfectly understands the realities of both today and tomorrow - science has become the main arena of battles between states. In the coming years, only those countries that can take a leading position in the development and manufacture of critical and new technologies will be at the forefront of global leadership - and London is determined to be among the first.

Britain's primary goal is to build up scientific and technical might. The British plan to achieve this by creating a favorable environment for attracting scientists, researchers, inventors and innovators from all over the world, providing them with legal, economic and industrial support to facilitate the process of bringing innovations to markets.

The second goal is closely related to the first and, perhaps, still sounds somewhat unusual - it is the introduction, control and promotion of interests in cyberspace. In the digital age, maintaining this kind of competitive advantage will be a fundamental component of maintaining strategic advantage in science and technology.

This, however, does not look like an unattainable fantasy - the UK is already a scientific and technological power with an extremely powerful research base, and ranks fourth in the Global Innovation Index (2020).

It is planned to achieve the set goals by the following methods:

1. The government has pledged to increase economy-wide R&D investment to 2,4% of GDP by 2027. In addition, at least £ 800 million will be invested in the creation of an independent body for high-risk and high-paying research - the Advanced Research and Invention Agency (ARIA).

2. Promotion of scientific innovation in the private sphere and abroad at the state level with the help of financial, diplomatic and economic levers of influence.

3. State guarantee of protection of intellectual property and confidentiality of research - henceforth their disclosure is a threat to the national security of Britain.

4. Full-scale development of the international scientific immigration program. For this purpose, the so-called "Talent Management" has already been created. Among other things, a point system of immigration was introduced, designed to make it as easy as possible for scientific personnel, skilled workers, promising students, etc. to enter the country.

6. Create a strong and multidirectional network of international partnerships in science and technology.

7. Introduce commercial practices in government to ensure guaranteed access to a wide range of technologies.

The role of government in realizing this vision is to foster the development of the private sector and the scientific and technological community, including as a user and purchaser of technology. Government actions include stable funding, regulation and incentives for academia and business. In essence, it provides complete control over the process, from research to commercialization. Among other things, in his power is the search and selection of strategic partners and the creation of conditions for international cooperation.

This section of the UK's new strategy builds on the following four key global trends.

1. Geopolitical and geoeconomic changes. Such as the growing power of China in the international arena, the growing importance of the Indo-Pacific region in matters of global prosperity and security, as well as the emergence of new markets and the global growth of the middle class.

2. Hybrid Wars. Increased competition between states and non-state actors, manifested in growing rivalry in the international arena, the formation of geopolitical and economic blocs that have a negative impact on the security, economy and social institutions of Britain. The BBC is the epitome of soft power, dedicated to promoting UK influence in more than 100 countries around the world. Photo source: shutterstock.com

The strategy bears in itself a very specific thesis: any fight against this or that threat should take place exclusively with the involvement of the resources of countries friendly to London.

“The UK cannot achieve these goals by working alone: ​​collective action with our allies and partners will be vital for us in the coming decade.

We, in turn, will lead them by example, using our unique or strengths (for example, in the fields of medicine, science, green technologies, data processing and the creation of artificial intelligence), and select areas in which we can better help others. in moving towards our common goals. "
The logic behind such a concept is to have access to a wide range of resources even in the face of global competition - this will allow London to quickly adapt to changes, providing a decisive advantage in foreign policy issues. According to British analysts, the opponents and competitors of the Foggy Albin have long adopted a similar strategy for armament and operate in close conjunction, using military and civilian technologies that make it possible to erase the usual framework between the concepts of war and peace.

Of the current decisions taken to ensure the national security of Britain, one can single out:

1. Creation of the Foreign Office for the British Commonwealth and Development (FCDO) - a diplomatic instrument for effective interaction with the former subjects of the empire.

2. "Integrated Operating Concept 2025" - a defense initiative that is designed to mobilize all elements of government to address national security challenges, as well as improve interaction with allies.

Britain plans to use international leverage to work with people around the world, combining so-called "hard" and "soft" power, including for operations in hostile countries. Comprehensive measures to improve communication with allies and within the government apparatus will make the best possible use of the public and private sectors and their mutual experience to achieve the national goals set by London.

A list of measures designed to ensure the international influence and national security of Britain:

2. Collective security through NATO: Britain plans to become the European leader of the bloc, working with allies to prevent nuclear, conventional and hybrid threats - especially from Russia.

3. Strengthening the capabilities of the Center for Counter-Terrorism Operations and the National Agency for Combating Crime, coupled with deepening international relations even at the level of regional law enforcement agencies.

4. Active use of sanctions elements of pressure on countries that pose a threat to global democracy.

5. Development of the "Center for Sustainable Development" - a UN initiative designed to fight global poverty. Britain plans to use its government expertise, diplomatic and trade capabilities to help disadvantaged regions of the world.

6. International sponsorship of primary education for women - by 2025, the UK plans to provide education to 40 million girls in developing countries.

7. Turning the UK into a global hub for services, digital technology and data.

Unfortunately, it is not possible to fit the entire volume of data on the subject of British strategy in just one material - this will not allow us to fully assess the picture of the future that the statesmen of Foggy Albion have planned.

In the next article, we will focus directly on the military aspect of strengthening the global capabilities of Great Britain - this information is no less interesting than the political and economic changes in London's actions.

Summing up, we can say that the UK is preparing for full-scale changes in the world. Moreover, in the new "multipolar reality" it plans to return to the ranks of the superpowers, using mainly non-military methods of expanding its sphere of influence. 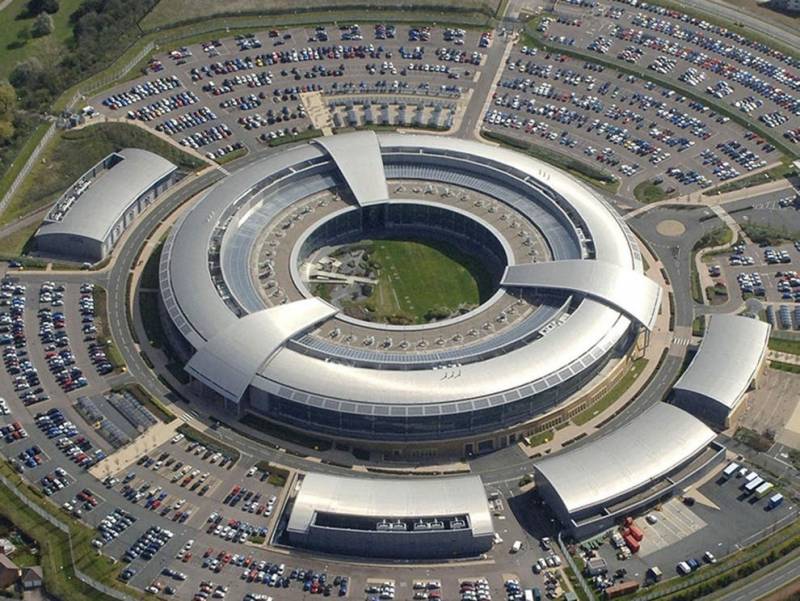 The government communications center in Cheltenham is one of the key vehicles for spreading British influence in the world. Photo source: independent.co.uk

International educational projects and economic aid to poor countries are by no means a harmless whim of the British socialists, but quite a working means of forming levers of pressure around the world. Where China uses huge flotilla fishermen with military training, London will use "landing" of teachers, doctors and economists, achieving this much more effect than could be achieved by military means.

A separate danger in the new British strategy is fraught with the formation of conditions for a massive "brain drain" - in particular, from unfriendly countries. Such a program has already borne its first fruits during the suppression of the protests in Hong Kong, and its importance will only increase - this may become especially critical for our country, which suffers from an outflow of both qualified scientific and engineering personnel, and simply young people.

However, such an approach can only be admired: in case of competent implementation, Great Britain will receive a colossal influx of promising human material - at one time such measures provided a huge advantage for the United States and China; there is no need to doubt that they will bring the due success for London too.

Improving demographic potential.
Implementation of leverage in the international economy.
State stimulation of scientific and technical potential.
Information technology development.
Interstate resource base in the field of ensuring law and order and defense capability.
Here they are - new world warfare.

A war for which our opponents are already preparing.

Ctrl Enter
Noticed oshЫbku Highlight text and press. Ctrl + Enter
We are
Situational analysis of the death of the MH17 flight (Malaysian Boeing 777), made on the basis of engineering analysis from 15.08.2014Results of the week. “In our cooperative, the board is always agreed”
Military Reviewin Yandex News
Military Reviewin Google News
74 comments
Information
Dear reader, to leave comments on the publication, you must sign in.