Automation of towed artillery: a proposal from VNII "Signal" 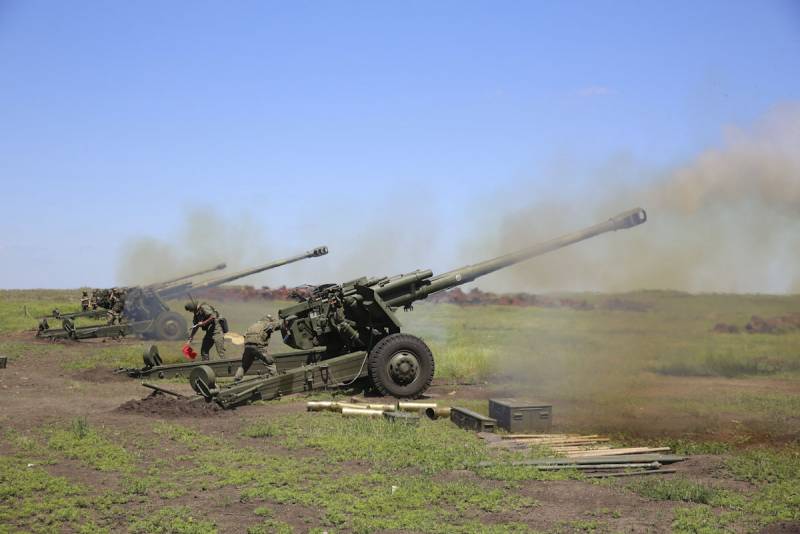 Guns 2A65 "Msta-B" and their crews from the 150th motorized rifle division of the Southern Military District, May 2019

The artillery of the Russian ground forces is based on a variety of self-propelled systems. At the same time, thousands of towed guns, howitzers and mortars of various calibers remain in the troops. Towed guns have some features that limit their combat potential and scope. To improve the key characteristics and capabilities, it is proposed to develop and implement a unified set of communication and control facilities.

RIA reported on new proposals for the development of artillery on March 31 News with reference to the press service of the VNII Signal (part of the High-Precision Complexes holding). The company has studied the needs of the army and the capabilities of technology, and now comes up with a proposal to create new communication and control systems.

It is noted that towed artillery systems have significant problems at the level of preparation for firing. The calculation and data entry for firing and guidance has to be done manually, which complicates the integration of guns into general control systems. At the same time, the nature of the use of modern artillery provides for the acceleration of all processes, incl. due to the high degree of automation and the associated benefits. 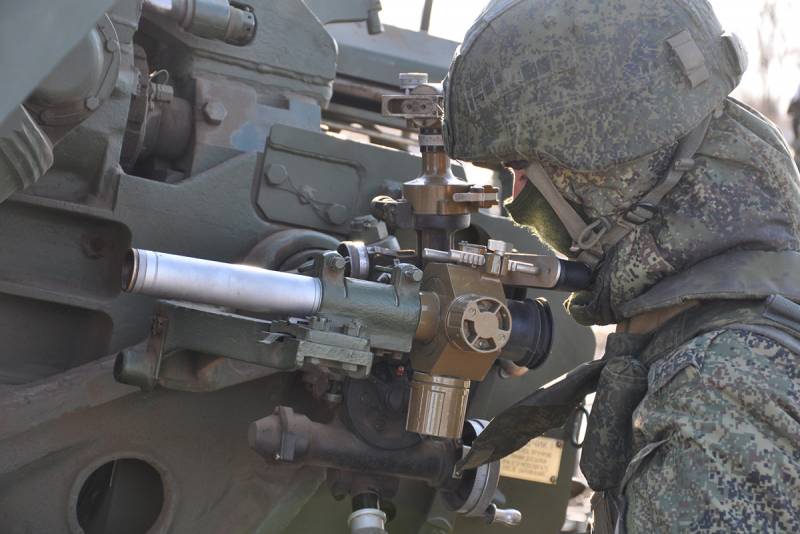 The gunner prepares the 2A65 howitzer to fire
Specialists of VNII "Signal" studied the possibility of increasing the efficiency of towed systems by introducing automation tools of the type used on ACS. Studies have confirmed the fundamental possibility of creating such systems and obtaining the desired results. In the coming years, the enterprise plans to carry out development work and create a set of unified equipment for installation on existing tools.

The nature of the project remains unknown. VNII "Signal" does not call it initiative, but does not mention the order from the Ministry of Defense. The military department has not yet commented on the new messages. Perhaps all the topical issues will be clarified in the future.

The project from VNII "Signal" provides for the full inclusion of towed artillery in the Unified Tactical Control System (ESU TZ) of the ground forces. Integration into these circuits should be carried out using the Automated Targeting and Fire Control System (ASUNO). For this purpose, the automated control systems "Machine-M", "Falsett-M" and "Kapustnik-B" developed by VNII "Signal" or other existing and promising models can be used. 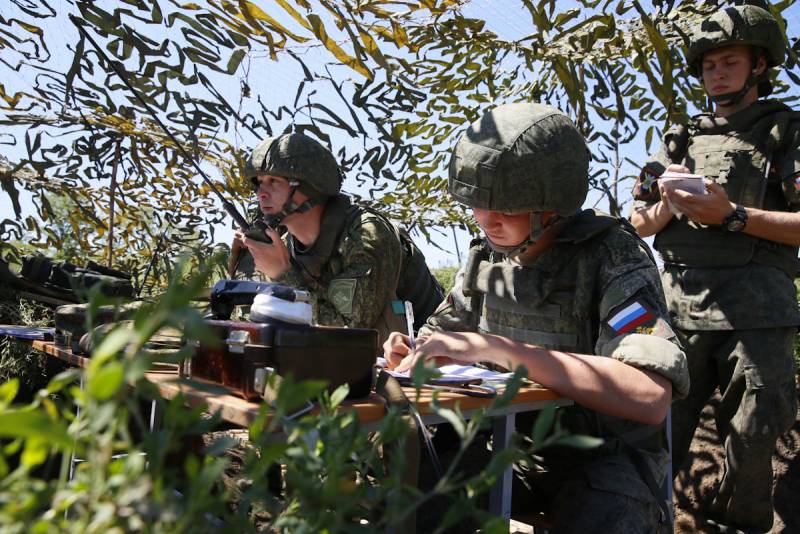 Manual work at the command post
Obviously, the new control system should include means to monitor the battery and battalion operation. Also, communication and data processing devices are needed to be mounted on tools. Details of this kind have not yet been reported, although some of the ways to automate combat work are being clarified.

It is proposed to equip towed guns with manual guidance with electric drives for automatic guidance according to incoming commands. These devices were tested when creating new models of self-propelled artillery and confirmed their qualities. Such drives added to the implement do not interfere with the use of handwheels and do not place additional stress on the flywheels.

The new devices are planned to be made as a unified set. Devices from its composition can be installed on weapons of different types, which will make it possible to do without the production of specific components for each of them.

Despite the active development of self-propelled artillery, towed systems retain a noticeable presence in the Russian army. According to The Military Balance 2021, over 500 MT-12 cannons are currently in use in various branches of the armed forces, approx. 200 howitzers 2A65 "Msta-B", more than 120 guns 2B16 "Nona-K", about 50 items 2A36 "Hyacinth-B", as well as at least 800 mortars of various calibers in towed and transportable versions. In addition, more than 14 thousand guns of all classes are in storage. 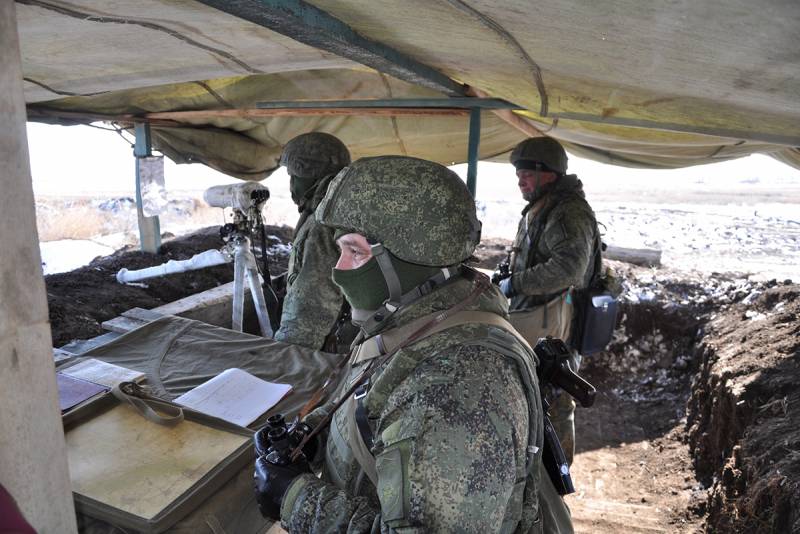 In the control loops of artillery fire, "manual labor" is still preserved. It is used to process incoming data and generate guidance data. Preparation for a shot, from loading to aiming, is also carried out manually. All these processes take time and reduce the overall performance of the department, as well as lead to unnecessary risks for the entire department.

For comparison, the total number of self-propelled guns reaches 2 thousand units. Despite the smaller number, they have more capabilities. Advantages over towed systems are provided both by the ability to move independently and by the availability of modern communication and control facilities.

In the course of planned repairs and modernization, the available ACS of the current models receive equipment for inclusion in the ESU TK. Artillery units are equipped with modern command posts with all the necessary automation equipment.

The creation and implementation of a unified set of controls will significantly increase the potential of towed artillery. For a number of key indicators, the gun will be able to get as close as possible to the SPG. The only exceptions are mobility and rate of fire, which do not depend on control principles. 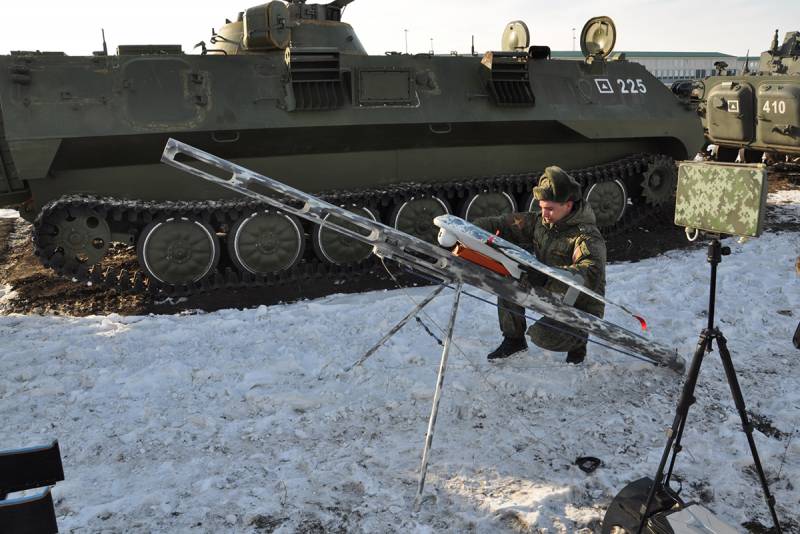 Modern artillery uses all available reconnaissance means, including UAVs
The full inclusion of a self-propelled gun / battery / division in the ESU TZ will expand the capabilities of artillery and increase the speed. It will be possible to collect data from all possible sources and the fastest possible delivery of target designation, incl. to the level of a specific battery or weapon. Automatic positioning, calculation of guidance data and direct aiming will help to avoid problems associated with the human factor.

An increase in the accuracy and accuracy of fire is to be expected. Automated controls will be able to more accurately perform the necessary calculations. In addition, the automation will have to quickly determine the displacement of the gun after the shot, carry out an additional calculation and more accurately restore the aiming.

The proposal of VNII "Signal" will ensure that all the desired results are obtained only by re-equipping existing weapons and without producing new ones. It is important that we are talking about unified instruments and devices for the entire range of artillery systems. All this will allow a hypothetical modernization to be carried out within a reasonable timeframe and at an affordable price.

Artillery control complexes 1V126 "Kapustnik-B" from VNII "Signal", made on different chassis
However, the need for such an upgrade of towed artillery can be a topic of controversy. The proposed measures make it possible to significantly improve the combat qualities of howitzers and mortars, making them a more successful addition to the self-propelled guns. On the other hand, the number of potential carriers for new equipment is limited, which may make modernization impractical.

By now, VNII "Signal" has completed some work, but further development of the unified set will take some time. By the time all the remaining measures are completed and the kit is adopted for service, the number of towed guns may decrease - and again raise questions of expediency.

VNII "Signal" comes up with an interesting and promising proposal, but its prospects are still unknown. The Ministry of Defense did not comment on the proposed concept in any way, did not support or reject it. Perhaps such messages will appear in the near future - official or from unnamed press sources.

It should be noted that any decision of the Ministry of Defense will not lead to disastrous consequences and will be in one way or another useful for the army. If a potential customer shows interest in Signal's developments, then in the middle prospect the towed artillery will become more effective and will be able to more fully complement the self-propelled artillery. The negative decision of the military will not allow modernizing the available howitzers and mortars. However, in this case, the development of artillery will not stop - but will continue through the direction of self-propelled guns.