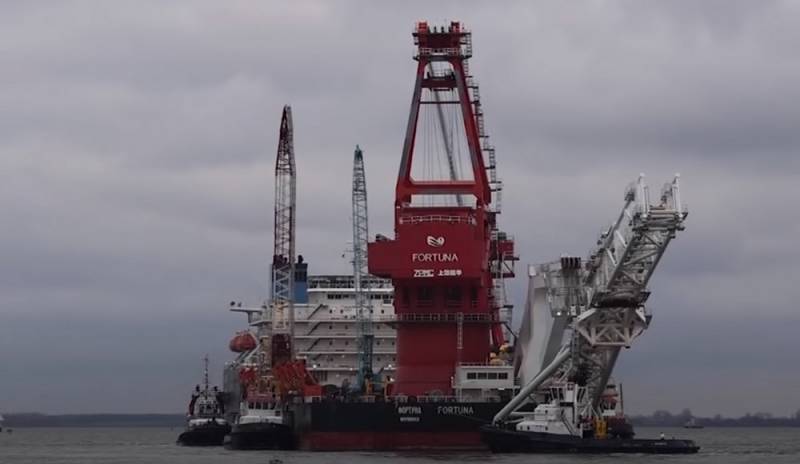 
The company emphasizes that foreign warships can interfere with the laying of the pipeline, and the actions of the submarine could damage the Fortuna pipe-laying barge and the gas pipeline itself under construction. The submarine could touch the anchor lines of the barge, thereby incapacitating them.

Given that Fortuna's anchor lines are located more than one mile away, the actions of the submarine could disable the entire anchor positioning system of the pipe-lay barge and lead to emergency damage to the pipeline.
- said the company.

Andrei Minin, the director of the branch of the pipeline operator Nord Stream 2 AG, said that a 2,4 km safety zone was established in the pipeline construction area, which should not be entered by vessels not participating in the work. Despite this, attempts to hinder construction continue.

We are talking about clearly planned and prepared provocations (...) This is perhaps the first and unprecedented case of this kind in stories
- he added.

It is specified that Poland is particularly active. An anti-submarine aircraft PZL-Mielec М-28В1 Rbi is flying in the construction area, a Polish warship was included in the zone. In addition, constant provocations are arranged by Polish fishermen, invading the work area both during the day and at night.
Ctrl Enter
Noticed oshЫbku Highlight text and press. Ctrl + Enter
We are
Pipe-laying barge Fortuna will not complete construction of Nord Stream 2Reports from the militia of New Russia for 27-28 September 2014 of the year
Military Reviewin Yandex News
Military Reviewin Google News
110 comments
Ad