On submarines, nicknamed "black holes" by a potential enemy: a submarine excursion 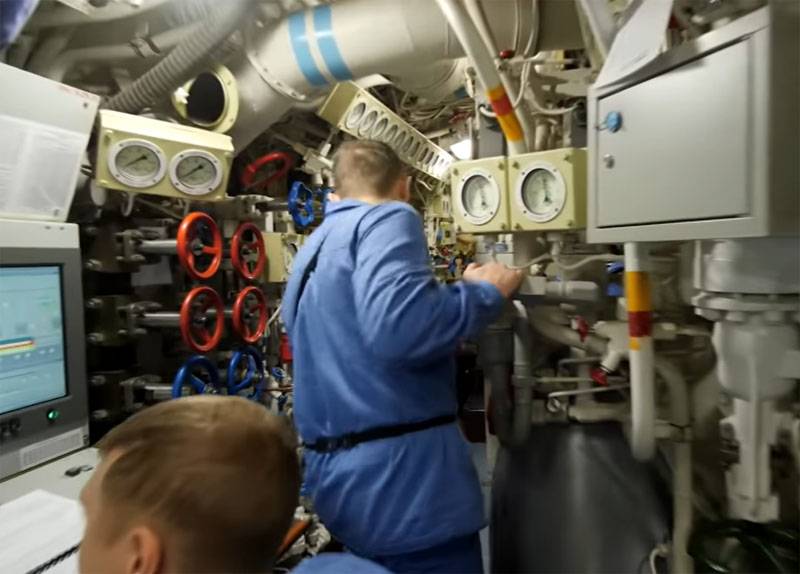 It is not for nothing that the Russian submarines of Project 636 Varshavyanka, including 636.3, are called “black holes” in the camp of a potential enemy. These are some of the hardest-to-find submarines in the world. With the autonomy of the submarine for 45 days, it is able to cover a 400-mile distance while in a submerged position.


Such submarines, starting with Project 636.1, have inertial navigation systems that provide information transfer to the missile system in a submerged position. This makes it possible to better ensure the secrecy of the submarine of the Russian Naval fleet.

One of these submarines is assigned to the Novorossiysk submarine base of the Russian Black Sea Fleet. This is a multipurpose diesel-electric submarine Veliky Novgorod, which has been in service since 2016.

In the program "Military Acceptance" at the TK "Zvezda" there is an excursion around the submarine "Veliky Novgorod", it tells about the various compartments and specific rooms on board. During the excursion, the question is asked why there is a red box for smoking and incendiary devices on board the submarine, given that not only the Ministry of Health warns about the danger of smoking as such, but also the fact that smoking on board the submarine is strictly prohibited.

The answers to these and other questions regarding the service and life of submariners are in the plot: