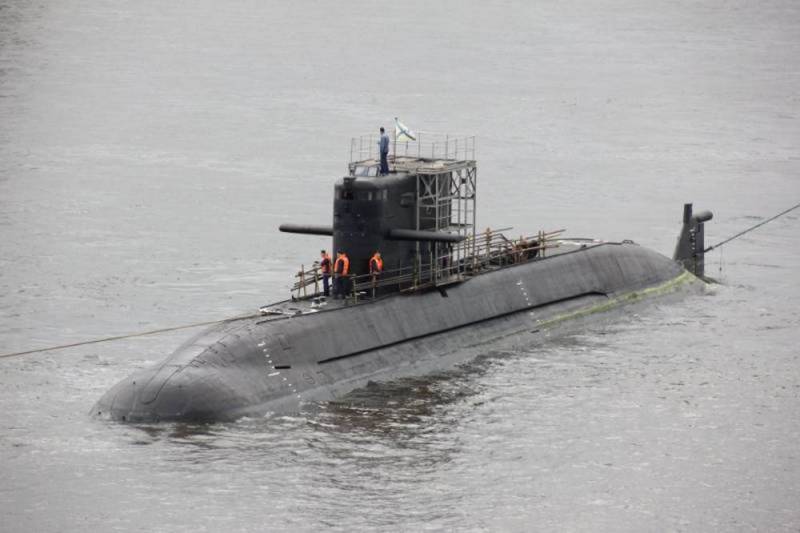 The newest diesel-electric submarine "Kronstadt" of project 677 (Lada) will become part of the Baltic or Severny fleet, the issue is pending. Reported by "News" with reference to a source in the Ministry of Defense.


"Kronstadt" is the first serial submarine of the "Lada" project, laid down after the lead "St. Petersburg". The second production submarine is the Velikie Luki diesel-electric submarine, the contract for the construction of the third and fourth submarines of the project has been signed, but the start is not planned yet. Most likely, shipbuilders expect the appearance of a domestic air-independent installation.

Currently "Kronstadt" is being completed at the "Admiralty Shipyards". The delay in the construction of the Lada submarines is explained by changes to the project already in the process of construction, as well as by problems with one of the equipment suppliers. The transfer of the submarine to the Navy is scheduled for 2022.

Project 677 submarines of the "Lada" type belong to the fourth generation of diesel-electric submarines. They have a low noise level. Submerged speed - 21 knots, crew - 35 people. The main armament is the KR "Caliber". The lead boat of Project 677 is Saint Petersburg, which was delivered to the fleet in 2010 and is still in trial operation.
Ctrl Enter
Noticed oshЫbku Highlight text and press. Ctrl + Enter
We are
DEPL "Kronstadt" project 677 "Lada" will be tested this yearRussian low noise submarine passed state tests
Military Reviewin Yandex News
Military Reviewin Google News
72 comments
Information
Dear reader, to leave comments on the publication, you must sign in.