What awaits the Bundeswehr after Merkel leaves the post of chancellor: reflections on the prospects of the German army 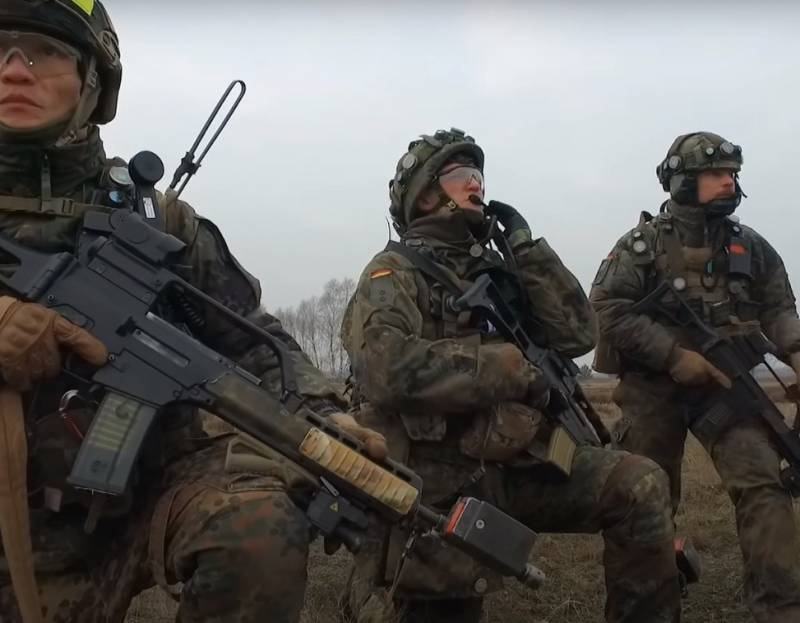 
By the way, just 6 years ago, in 2015, defense spending in Germany was only 33 billion euros. Thus, in recent years, the increase in military spending has been quite significant, but at the same time Germany still fails to solve the issue of financial support for the modernization of the Bundeswehr.

Modernization of the Bundeswehr: reasons and obstacles

It is precisely the lack of funding that is one of the main reasons for the slowdown in the pace of military modernization. Firstly, many of Berlin's military projects are really expensive in cost, such as the Puma or Eurofighter BMP project. Secondly, the costs of routine maintenance of military equipment and equipment are growing. Third, personnel costs inevitably rise.

It is worth noting that over the past few years, the Bundeswehr has grown from 177 to 000 troops. For Germany, 184 "additional" soldiers is a lot, given the high costs of their maintenance and training. Moreover, these figures are not the limit for the growth of the personnel of the German army. For example, after rebuilding the short-range air defense system from scratch, there was a need for an additional 000 troops.

But despite the increase in the number of personnel, the Bundeswehr continues to experience serious problems - both with equipment and with manning. So, the newspaper Die Welt once wrote about the big problems in the field of logistics of land units: in 2018, in the 9th tank to a brigade of 44 Leopard 2 tanks, only 9 vehicles were on the move, out of 14 Marder tracked infantry fighting vehicles, only 3 vehicles. A similar situation is in other units and divisions of the Bundeswehr.

However, what to say about technology, if last year the newspaper Deutsche Welle reported a shortage of shoes for army units. The Ministry of Defense was supposed to complete the supply of the required number of boots to the troops by the end of 2020, but due to financial and organizational difficulties, it was decided to extend the program until mid-2022. So the modern German soldier is also barefoot: while the army needs 360 thousand pairs of boots, it now has only about 200 thousand pairs of boots.

Now - about recruiting: there is a huge shortfall in the units of the Bundeswehr. So, in the technical subdivisions of the Air Force, the staffing level is only 53%, in the artillery 30% of the positions of non-commissioned officers are vacant. This was announced a year ago by the Bundestag's representative for the armed forces, Hans-Peter Bartels. The prestige of military service remains low, so many foreign migrants and persons with dual citizenship serve in the army, which is also unlikely to have a positive effect on the combat capability of the Bundeswehr. 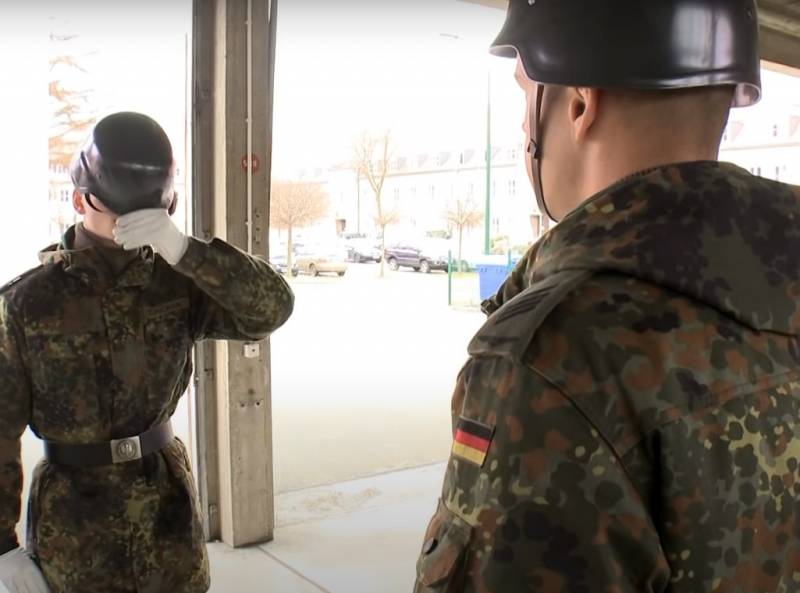 Parliamentary elections will decide the fate of military modernization

Meanwhile, parliamentary elections will be held in Germany as early as September 2021. With almost one hundred percent probability, not only will Angela Merkel leave the post of German Chancellor, but her CDU / CSU party will no longer be able to secure a majority for itself.

By the way, it is the CDU / CSU, as well as the liberals from the FDP and right-wing radicals, who are the main lobbyists for increasing defense spending. At the same time, right-wing radicals, while advocating an increase in the military budget, at the same time advocate close cooperation with Russia, which is contrary to the position of the FRG's allies in the North Atlantic Alliance.

Thus, the future of the Bundeswehr is very much dependent on the outcome of the September 2021 parliamentary elections. If the CDU / CSU manages to maintain a dominant position in German politics, then defense spending will remain the same or even increase, as Christian Democrats aim to further increase the power of the armed forces and increase the number of personnel.

The victory of the Social Democrats or the Greens will inevitably turn into a slowdown in the modernization processes for the Bundeswehr: the left is very likely to cut defense spending, and also try to stop a number of expensive defense projects. But abandoning modernization programs could be costly for the German army.

Even now, during the reign of Angela Merkel, rising defense spending was primarily directed to the implementation of expensive projects in the field of naval fleet or aviation, while the ground forces as a whole remained in the background, although it was they who played and are playing, due to the geographical position of the FRG, the main role in ensuring its defense capability.

Therefore, Berlin has tried in recent years to increase defense spending, but the parliamentary elections, with their still unpredictable results, could lead to a long hiatus in the implementation of ambitious plans to re-equip and increase the number of personnel of the German armed forces. What awaits the Bundeswehr after the departure of the government of Angela Merkel will become clear only after the parliamentary elections.

Ctrl Enter
Noticed oshЫbku Highlight text and press. Ctrl + Enter
We are
About Stalin and KhrushchevList of destroyed the largest and most high-tech enterprises
Military Reviewin Yandex News
Military Reviewin Google News
32 comments
Information
Dear reader, to leave comments on the publication, you must sign in.