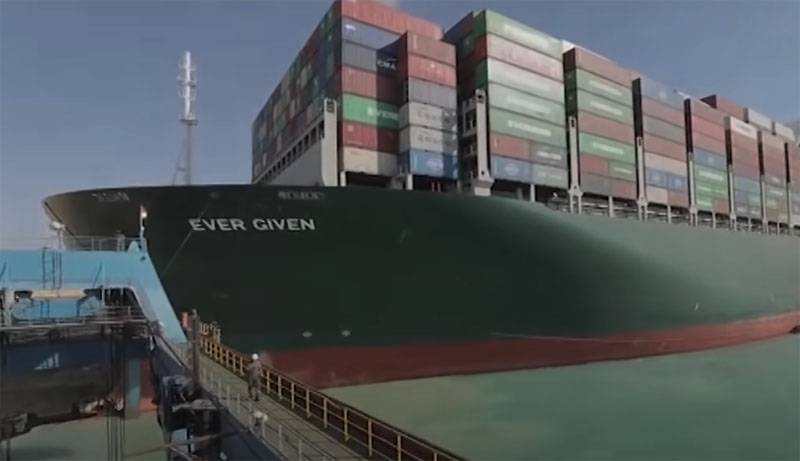 It became known that the container ship Ever Given, which was retired in the Suez Canal after several days of its blocking, has not yet left Egypt. This was announced by the head of the agency that administers the Suez Canal, Osama Rabia.

The vessel was to be escorted by a local pilot.

Until the end of the investigation, the container ship Ever Given will be in the waters of Bolshoy Gorky Lake. We plan to complete the investigation within a week, if all data during this time will be collected and analyzed.

Big Bitter Lake is actually part of the Suez Canal - its widest part.

It should be reminded that the vessel was refloated on the morning of March 29, after which it again blocked the canal. In the evening of the same day, Ever Given was taken to the wider part of the Suez Canal, where it remains to this day.

The ongoing investigation is intended to clarify for the Egyptian side exactly who should be sued for the situation in the channel between March 23 and 29.
Ctrl Enter
Noticed oshЫbku Highlight text and press. Ctrl + Enter
We are
December 2010 years. Russian March. Senseless and merciless? Notes not a Russian personReports from the militia of New Russia for 27-28 September 2014 of the year
Military Reviewin Yandex News
Military Reviewin Google News
65 comments
Ad