The German press said that during the training for the transfer of NATO troops to the Baltic states, several tanks "got stuck in the tunnel" 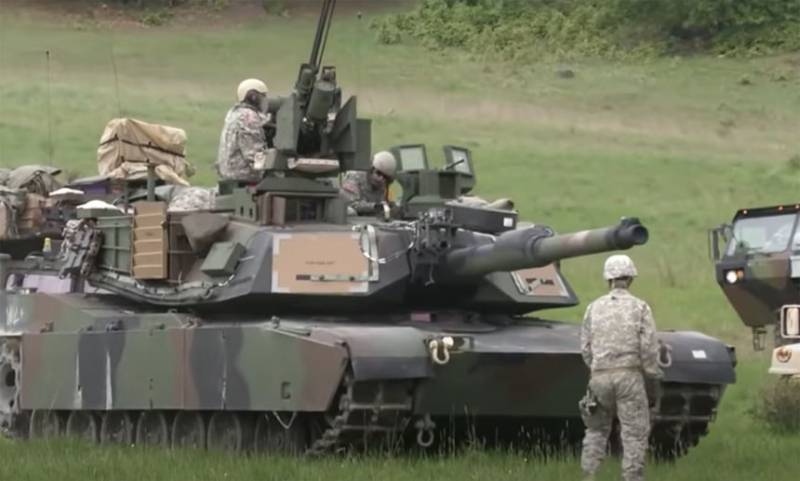 The likelihood of a military confrontation between NATO and Russia is no longer only discussed by the Western blogosphere or Ukrainian and American resources, the authors of which were distinguished by their irrepressible imagination. This kind of review is also used by the major European media, which usually did not allow themselves to go beyond restraint.


Thus, the large German edition FAZ publishes the material of the columnist Thomas Gutschker, where he examines the scenarios of a direct armed clash between the North Atlantic Alliance and Russia on the European continent.

Thomas Guchker, using the data of Western reports, notes that in this case, NATO will have to deal with the transfer of large-scale forces and assets to the Baltic States. In the West, this region is traditionally considered a territory in relation to which Russia is allegedly hatching "military plans."

And the Baltic states will face serious problems.
Guchker cites the statement of the former representative of the NATO defense strategy group, Lieutenant General Heinrich Brauss, who noted that Russia "will first of all try to destabilize the situation in the Baltic countries using hybrid methods."

The Baltics are NATO's weak point. There Russians and Russian-speakers make up a significant part of the population. It borders on Russia. And, according to Western analysts, Russia could take all three Baltic capitals into the ring in just 60 hours. This analysis was made by the American group of RAND analysts.
In order to "help" the Baltic states in the event of a war with Russia, several scenarios for the transfer of troops are being considered. One of them is connected with traffic from Norway through the territories of non-NATO Sweden and further along the Baltic Sea. But, as indicated, there is practically no railway infrastructure in Sweden that would quickly transfer hundreds of tanks to the East. The delay in providing assistance can be several weeks. It is proposed to replace conventional tanks with wheeled ones.

Another option, according to the German press, is a transfer from the FRG, but at the same time you will have to pass through the Suwalki corridor, which is fraught with NATO columns. This corridor is called the eye of the needle. Problems again.

The material says that NATO has already practiced the operational transfer of troops to the Baltic States. At the same time, there is a reference to the report of the American General Ben Hodges, who commanded the US Army in Europe. The report notes that a lot of bureaucratic procedures have arisen, including filling out forms and declarations when crossing military equipment within the borders of the alliance. The general was also perplexed to learn that Lithuania had a law that prohibited NATO servicemen from using live ammunition when firing without the consent of the local authorities.

Moreover, it turned out that many roads and bridges are not at all adapted for the passage of heavy equipment. The general was discouraged by such circumstances. But the peak of the problems was that at one of the stages of a logistic training operation to transfer forces and equipment to the Baltic States, several of his tanks got stuck in a tunnel, blocking traffic.
What kind of tunnel we are talking about is not mentioned. This is probably the case when the tanks got stuck under a bridge in Poland.

Now, as reported, the European Union intends to reconsider the approach to transport infrastructure.

In fact, the European media are already writing in plain text that NATO is doing everything to prepare for a war against Russia.
Ctrl Enter
Noticed oshЫbku Highlight text and press. Ctrl + Enter
We are
Reports from the militia of New Russia for 27-28 September 2014 of the yearYuri Drozdov: Russia prepared the role of the sacrificial calf
Military Reviewin Yandex News
Military Reviewin Google News
88 comments
Ad