Russian on call or how Russians from LDNR will vote 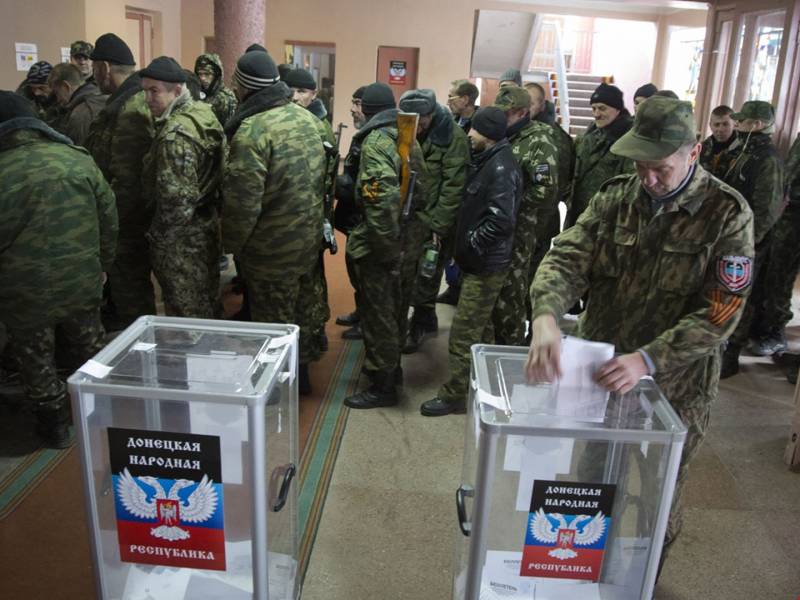 The process is not over

Without a doubt, Russian passports for residents of the LPR and DPR are a giant step forward and the first ray of hope for them in many years. It is clear that they are not handed out as quickly as it was in the Crimea, because they were badly burned there, and now they are trying to conduct thorough checks. It is likely that sooner or later the number of Russians in Donbass will reach a "critical mass". And then the consequences of the bifurcation point that came after the first Russian passport was issued in the Donbas will become obvious (someone already sees them).

At the same time, the question remains open - why not provide care for the newly acquired citizens today and make their lives easier now, right here, in the republics? Why, in order to really feel like a Russian, you need to leave your homes, throw what you have suffered in the LPNR and move to the mainland? After all, there are not enough people there anyway ...

It is clear that opening Moscow offices in Lugansk and Donetsk is a step that Moscow is not ready to take now. It is clear that to treat and teach fully, as is the case in Russia, there is not enough strength and resources (although the provision of antioxidant drugs could clearly be increased - many burned out at once, unable to purchase expensive treatment). It is quite possible to agree that organizing polling stations on the territory of the LPRP is a provocative undertaking.

But one thing is not clear: are there really no more efficient mechanisms today than to carry people to vote for 300-500 km on buses?

Or does it only seem to the author that there is something unworthy, inappropriate in this?

The attitude to this issue is ambiguous. So, for example, the famous historian and politician Nikolai Starikov, spoke sharply negatively about the idea of ​​bringing residents of the LPR to polling stations in Russia:

“This is not a solution to the question of how to vote for Russian citizens living in Donbas. This is a departure from the decision. I think that it is clear to everyone that 500-600 thousand people cannot physically go somewhere in three days. This is the wrong approach. They do not have to go to Russia to vote. Russia must ensure their free expression of will at the place of their residence. "
The ex-commander of the Vostok battalion Alexander Khodakovsky agrees with him:

“… To include Donbass in the Russian electoral process, realizing the right of our residents - Russian citizens to elect and be elected. And here it is not so much about the formal side of the issue, but about ... the sacred, or something. Do we consider ourselves a part of Russia and strive for reunification? So we should feel like a part of Russia, at least where possible. "
At the same time, the idea of ​​conducting online voting is gaining popularity.

“Regarding the participation in the elections of Russian citizens living in the LPR. The fear of opening land plots in the territories formally considered as Ukraine is well founded ... On the other hand, about 4 million Russian citizens live abroad. A pandemic is raging in the world. These two circumstances may well play in favor of resolving the issue of voting of citizens of the Russian Federation in the LPNR. It is enough to develop mechanisms and legal acts that will make it possible all for citizens of the Russian Federation living abroad, vote through the "Gosuslugi" system if there is a confirmed record in it. The motivation here is simple - a pandemic, we protect citizens from visiting embassies and consulates, letting them exercise their right, and this system has been developed mainly for those who live in countries with an unfavorable epidemiological situation. "

Not a single passport

Yes, one cannot do with passports alone.

And the point here, of course, is not only to defend against Ukrainian aggression (it has even started to talk about it). The question is that a Russian passport for an inhabitant of Donbass means something more than just an opportunity to leave for the Russian Federation. To make him feel like a Russian in his native Donetsk or Lugansk. To feel that you are giving birth to Russians, you are bringing up Russians and you yourself are, and not just preparing for the inevitable migration, just on more comfortable conditions.

Because, otherwise, soon everyone who gets tired of feeling like a second-class Russian or simply gets tired of the local not too rosy circumstances will simply be forced to leave the LPR and DPR.

And it will be extremely difficult to find those who want to vote in this way, on a call. Who wants to be second class?