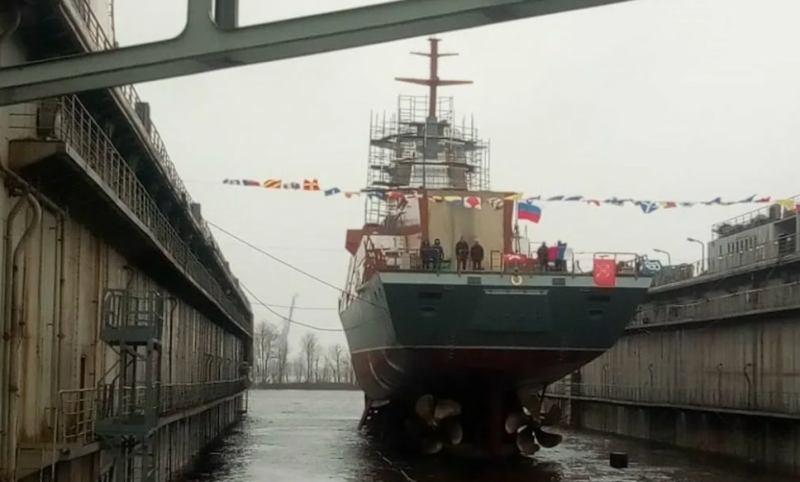 Transfer to the Naval fleet corvette "Zealous" project 20380, built at the "Severnaya Verf", will be held until the end of 2021. This was stated by the general director of the enterprise Igor Orlov.


Speaking at the launching ceremony of the Kapitan Geller trawler on March 30, 2021, Orlov said that the new Project 20380 corvette Zetivy, built at the enterprise, will be handed over to the Russian fleet by the end of this year. The exact dates for the transfer of the ship to the customer were not named.

Zealous is the fifth corvette of Project 20380 built at Severnaya Verf. It differs from the previous corvettes of this project mainly by the installation of a new multifunctional radar complex "Zaslon" with the placement of fixed antennas in a tower-like superstructure, similar to the corvettes of the 20385 project.

As the commander-in-chief of the Russian Navy Nikolai Evmenov said earlier, after the completion afloat, "Zealous" will go to serve in the Black Sea Fleet, although earlier the place of service of the corvette was called the Baltic.
Ctrl Enter
Noticed oshЫbku Highlight text and press. Ctrl + Enter
We are
In St. Petersburg, the corvette of project 20380 “Retivy” was launchedThe timing of the transfer to the Navy of the corvette project 20380 "Retivy"
Military Reviewin Yandex News
Military Reviewin Google News
40 comments
Ad