"The tasks remained the same": In Ukraine, the military registration and enlistment offices were renamed 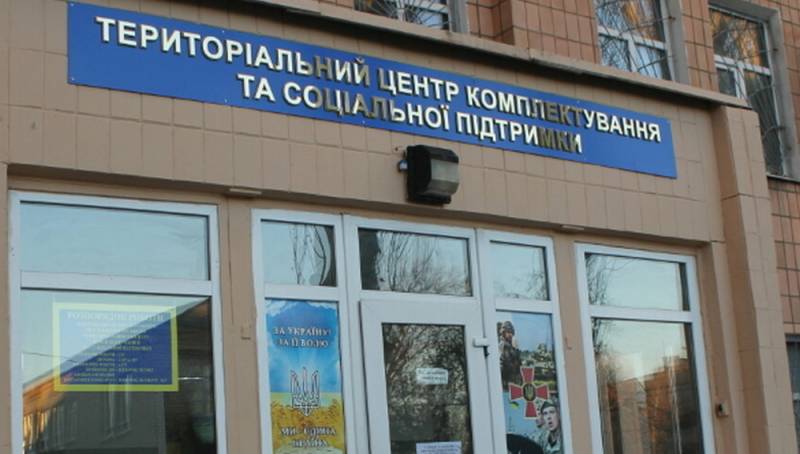 In Ukraine, on April 1, military service begins in the Armed Forces of Ukraine (APU). The conscription will now be handled not by military commissariats, but by new territorial centers.


The Verkhovna Rada of Ukraine adopted a bill under which military commissariats are renamed into territorial centers of recruitment and social support (TCK and SP). The document will enter into force after it is signed by the President of Ukraine Zelensky.

The Ministry of Defense of Ukraine, without waiting for the signing of the law, reformatted all military commissariats into territorial centers last year. It is emphasized that "this reform" does not change anything except the name, all the functions and tasks of the military registration and enlistment offices remain the same.

For this, the Ukrainian police receive new duties. Thanks to the amendments made to the administrative code, the police were obliged to detain the draft evaders and immediately deliver them to the military registration and enlistment offices.

It is also now impossible to avoid arriving at the military registration and enlistment office, explaining this by the absence of a summons. To prosecute the draft evader, it is not necessary to hand him a summons against his signature; a simple explanation of why it was not served is sufficient.

The conscripts themselves, who for some reason did not receive a summons, are obliged to appear at the nearest military registration and enlistment office within 10 days after the start of the call.

Thus, in Ukraine, the responsibility for evading conscription into the Armed Forces of Ukraine has been toughened, since the flow of those wishing to serve in the "strongest army in Europe" is not so much.
Ctrl Enter
Noticed oshЫbku Highlight text and press. Ctrl + Enter
We are
Summary of the week from voenkor Mag about events in the DNI and LC 21.04.18 - 27.04.18Summary of events in the DPR and LPR for 14.04.18 - 20.04.18 from the military commissar "Mag"
Military Reviewin Yandex News
Military Reviewin Google News
57 comments
Ad