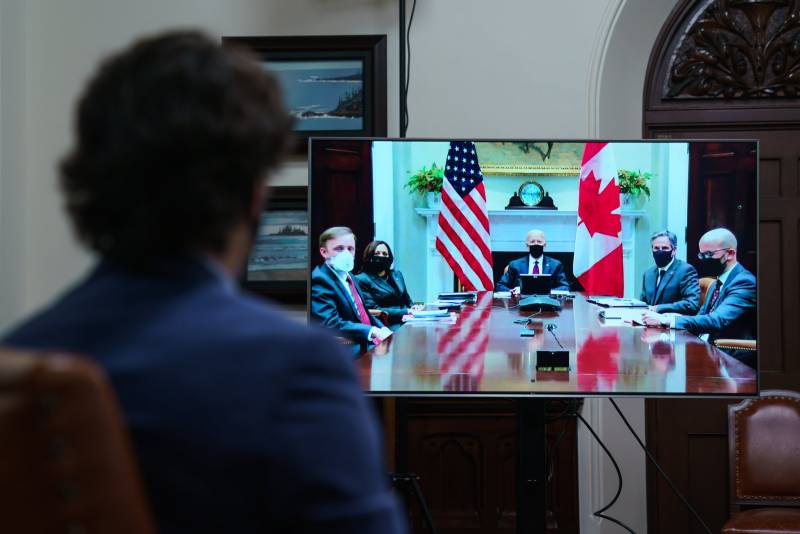 Chinese officials continue to respond to the Western sanctions imposed on the PRC, as well as to the anti-Chinese attacks that, after the United States, other countries considered to be American allies began to allow themselves. Among other things, Canada decided to support the anti-Chinese sanctions. Thus, Canada joined the US-British sanctions against China "for infringing on the rights of ethnic Uyghurs." Beijing was also criticized for "encroaching on the civil liberties of Hong Kong residents."


Perhaps the toughest position in relation to Western countries was noted by the Chinese diplomat Li Yang. He serves as the PRC Consul General in Rio de Janeiro (Brazil). Having familiarized himself with the attacks that the Western countries allowed themselves, the Chinese diplomat, in a manner clearly unusual for the PRC, attacked those who supported American attempts to put pressure on China.

Li Yang tweeted Canadian Prime Minister Justin Trudeau as "the boy whose greatest achievement has been the collapse of the partnership between Canada and the PRC."

Also, the Chinese Consul General called Canada "turned by its authorities into a dog running on a leash from the United States."

In the West, guided by the well-known anecdotal "logic" of "why are we," they have already called the statements of the Chinese diplomat unacceptable and "discovered" that he had previously criticized "democratic measures on the part of Western states." For example, The Guardian found Lee Yang's Twitter posts, where he criticized the United States for the rampant crime associated with the use of firearms. weapons in American cities. At the same time, it was added that "before, he still never became personal."

I wonder what the West thinks about the statements of Mr. Biden? .. Or “is it different? ..