Information about the tactical and technical lag of the Su-30 from the J-16 is subject to detailed analysis. What modifications did the Chinese pilot Wang Sunxi fail to mention? 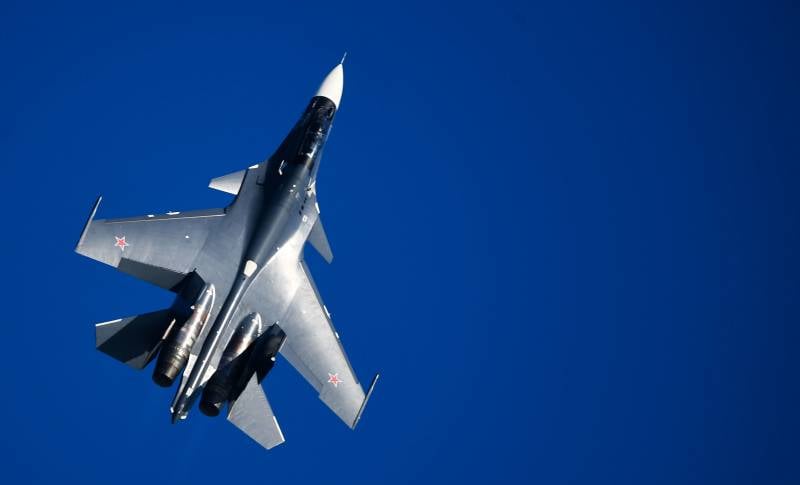 It is well known that in order to acquire and maintain the proper level of prestige in the regional and world arms markets, to maximize the export potential of their products, as well as to maintain a high morale and psychological state of the personnel of their own armed forces, numerous American, Western European and Asian military-industrial corporations they often resort to very sophisticated and not always objective PR “tools” that can cause not only surprise in expert and observer circles, but also an extremely ambiguous reaction, up to a healthy share of indignation.


The list of such "tools" includes the recent statement voiced by the PLA Air Force pilot Wang Sunxi, not unknown in the Celestial Empire, in an interview with the reporters of China Central Television (CCTV).

According to Mr. Sunxi, serially produced by the facilities of the aircraft manufacturing giant Shenyang Aircraft Corporation and actively entering the combat units of the Air Force of the People's Liberation Army of China, multi-functional transitional generation (“4 ++”) J-16 fighters (including their “jamming” electronic warfare modification J-16D) surpassed our heavy multipurpose fighters of the Su-30 family in almost the entire range of tactical and technical parameters (including avionics parameters and electrodynamic characteristics / ESR reduction coefficient), retaining only their integral aerodynamic layout of the airframe.

Meanwhile, this pathetic statement of a highly qualified pilot of the Chinese Air Force cannot but cause us a certain amount of doubt about his objectivity.

At least for the reason that in the course of a comparative analysis of both machines, Wang Sunxi was guided by the tactical and technical parameters of the onboard electronic equipment of the Su-30MKK and Su-30MK2 fighters, supplied to the PLA Air Force during the first decade of the XXI century and noticeably inferior to the promising J- 16 / D during various air military exercises (both in working out the tasks of striking surface targets, and in the implementation of long-range interception of air targets of a simulated enemy).

The aforementioned "Chinese" modifications of the "Thirties" have outdated N001VE airborne radars based on Cassegrain antenna arrays with an additional "bypass channel", which at the hardware level ensured the implementation of the terrain mapping mode, and a "truncated" synthetic aperture (SAR) mode with low resolution, which allows only detect and classify large radio-contrast surface targets.

At the same time, the mediocre energy potential and low noise immunity provide the N001VE radars with a range of "capture" of air targets with image intensifier tubes / EPRs of 1,5–1 sq. m about 75-80 km only in the absence of intense wide-range radio countermeasures from the enemy, while the high-energy and anti-jamming AFAR radars of the J-16 fighters can boast as the range of "capture" of targets with image intensifier 1 sq. m about 130-150 km, and the highest level of noise immunity, which allows to achieve only a slight decrease in the detection range and "capture" of enemy targets in a difficult jamming environment.

This capability was achieved due to the presence in the electronic architecture of the advanced Chinese AFAR radars of more than 1500 transmit-receive modules, each of which is equipped with an individual arsenide / gallium nitride microwave transistor and an attenuator, which ensures the formation of deep dips in the directional pattern in the direction of active electronic warfare equipment. enemy.

Therefore, a much more professional and competent decision of Wang Sunxi could be exclusively comparing the parameters of the J-16 multifunctional fighter and the more modern modifications of the Thirty, the Su-30SM2, which are in service with the Russian Aerospace Forces and are being prepared for operational combat readiness.

Despite the fact that the N035 Irbis-E onboard radars integrated into the weapons control systems of these vehicles can be noticeably inferior to the Chinese AFARs in terms of noise immunity, their higher energy potential (provides a target acquisition range with an RCS of 1 sq. M at a distance of 250– 270 km) and a similar range of operating modes - capable of establishing parity with the radars of the Chinese J-16s in performing the entire range of air-to-air and air-to-surface missions, especially after equipping Russian vehicles with the Product 180 long-range guided air combat missiles being developed ...

Ctrl Enter
Noticed oshЫbku Highlight text and press. Ctrl + Enter
We are
Situational analysis of the death of the MH17 flight (Malaysian Boeing 777), made on the basis of engineering analysis from 15.08.2014Strangulation: the context, conduct and consequences of the American naval blockade of China
Military Reviewin Yandex News
Military Reviewin Google News
35 comments
Information
Dear reader, to leave comments on the publication, you must sign in.