Well hunter, you got it 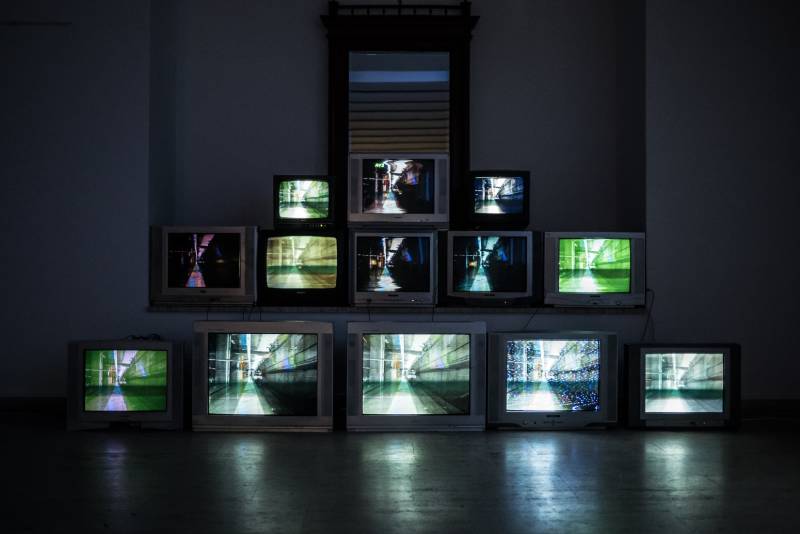 That's because our grandmothers are tongued. Everyone sees, everyone knows, they have their own opinion about everything. Harmful, I'll tell you frankly, we have money. I don’t understand in any way, there is only one letter in the title, not even a letter at all, since “what” is the old way, but what is the difference in the perception of a normal man.


So don't trust scientists about a great and mighty language. In an attractive word for any man he added this very "kako" and that's it. It works like a fly in the ointment. And this "kako" is introduced into consciousness at the very infancy, one might say, it is absorbed with mother's milk. No matter how many children are told that some kind of muck is nasty, he will still say - "cocoa".

I wonder how they managed to create a whole intelligence community to collect reliable information? Well, remember this terribly informed organization for which there are no secrets at all - OBS (one woman said)! And, most importantly, there is no special service that would cope with these hardened spies. All the counterintelligence services of the world give in to the OBS force.

And, in general, it's interesting with the grandmas. You learn a lot almost every day. Today I found out that I am a potential murderer. Viciously breaking traffic rules and driving a dog in the front seat. And this is strictly prohibited by the rules and threatens the safety of pedestrians.

When I tried to say that nothing of the kind happened, and the dog is actually just a plush toy, I was told categorically: "The breed of dog is not specified in the Rules!" Looked - the grandmothers are right. Breed is not specified. Think about it - is it true or false.

And after all, these harmful grandmothers not only sit at the entrances. They are everywhere. Like a coronavirus. And masks do not help much, and clean hands in laundry soap. Even vaccinations are questionable.

Want an example from a computer?

I quote directly from the fact:

“In Myanmar, more than 100 people died during the day when protests were dispersed. Among the dead there are four children aged from five to 15 years. "
TASS report. For some reason, without reference to the OBS.

"More than 100 people died in the crackdown on protests in Myanmar."
Message from Izvestia. And again, without reference to the OBS.

"At least 114 people were killed on Saturday in 40 cities in Myanmar in the crackdown on protests against the military takeover."
Interfax message. And again without a link.

And even in the government's official mass media outlet, Rossiyskaya Gazeta, it is these grandmothers who rule, not journalists:

"The Myanmar military killed over 100 protesters in a day."
It is clear that now someone has angrily tore at the shirt over his chest. What a vile type I am to insult such respected news resources. Well, yes, I am. I often spit against the wind and often manage to dodge the wind. And what, respected people do not have grandmothers in their employees? There are no people who use OBS?

I remembered here a very recent conversation between the attendants and the girl next door. Little one, from kindergarten pets. “Mashenka, do you really have an incomplete family? Sorry for you, orphan. " And the baby turned out to be not a timid dozen. She looked so regretfully at the fat grandmother and answered her so seriously: “It’s not true. The folder and I are incomplete. And my mother always says that she needs to lose weight. And you too".

And imagine that the girl would just walk by and not answer the evil grandmother. And now, in a day or two, the whole yard would feel sorry for Car's mother. How, a single mother, the husband left the poor. The technology for spreading such rumors is outrageously simple. One grandmother said, the second added, the third slightly changed, the fourth retold in her own words. And that's all.

Once I dealt with one rumor. The neighbor, a young modern guy, for some reason named his daughter after the cruiser. The grandmas discussed the youth of today for a week. We washed all the bones several times. Until I just asked the young dad what the name of my daughter was. It turns out Aurora. In honor of the goddess of the morning dawn. Oh, and then the grandmother pounced on one of the people sitting. And that one answer: “I don’t know these goddesses, but I taught about the revolutionary cruiser at school. So I remembered the name. "

Do you know why I have associations of fake messages in leading Russian news outlets with history about a girl named from the cruiser "Aurora"? I just opened the links of these publications to the primary source of the news. Refers to "Local The Irrawaddy" and "Local Myanmar Now". It is strange for a news outlet to believe sources that have lied many times.

How strange it is not to know what, in general, these sources are. Even a simple acquaintance with The Irrawaddy immediately puts all the points where it should be. The Irrawaddy Publishing Group was created by a group of Burmese dissidents in Thailand in 1990. Has an anti-government orientation. He played an important role in organizing the 2007 Saffron Revolution and other revolutionary uprisings. A sort of "no censor" in Ukraine or NEXTA in Belarus.

The second source is no less interesting - Myanmar Now. To begin with, the activities of this source are generally prohibited in Myanmar. Only a person who is not at all interested in journalism does not know that this project was created by the Clinton Family Foundation and the Soros Foundation.

Check out "reports" from Reuters, The New York Times, The Washington Post, The Los Angeles Times, Foreign Policy, The Guardian, Financial Times, BBC, AFP, DW and some other agencies from Myanmar. You will see the same attendants who spread gossip on the benches at the entrances. They are in different voices and spin fakes, invented somewhere in Washington or London. And they create the illusion of truth.

As for our esteemed news outlets ...

Let me tell you a story that a former hunter once told me. Why ex? I think you will understand. So, once our hunter went into the forest to shoot different game. And he goes out into the clearing, and there is a deer. And you can't shoot him. No license.

But the hunter could not resist. Such a notable prey, and shot. Smoke, gunpowder carries, and in my head one thought - hit or not hit. The smoke has cleared, and the huntsman is standing in front of this hunter. “Well, you got it, iris” ... In short, he lost his gun, his hunting ticket. The money is serious enough and the respect of former hunter friends. Here it is, here it is, this very hunt.

Of course, I went overboard about respect for our news resources. But he hinted about the fact that it is not worth disseminating unverified information, and even from sources that are clearly anti-Russian. OBS it is not harmless. She also fulfills someone's order. The grandmothers have spoiled the blood of many in this life. And the message that was relayed by Russian publications, which the majority believe unconditionally, has already damaged our image.

I'll play and I'm on the side of the enemy. To quote the BBC for the full plausibility of the game:

“The day when the military parade took place in the capital became the bloodiest day in the entire period of the struggle between the generals who seized power in the country and the population, who refused to accept the coup. About 100 people were killed in protests across the country on Saturday. In total, more than 400 people fell victim to the crackdown on protests.

The heads of defense departments of 12 countries on Sunday issued a joint statement condemning the actions of the military in Myanmar. The statement is signed by the Defense Ministers of Australia, Canada, Germany, Greece, Italy, Japan, Denmark, the Netherlands, New Zealand, South Korea, Britain and the United States. "
“Justice for Myanmar” Yadanar Maun told Reuters: “Russia is helping the terror unleashed against the people. It is disgusting that Russian officials visit Myanmar and legitimize an illegal military junta. "

And now about what really happened. Deputy Minister of Defense of the Russian Federation Colonel-General Alexander Fomin arrived in Myanmar for talks with the Chairman of the State Administrative Council, Commander-in-Chief of the Armed Forces of Myanmar, Senior General Min Aung Hline. Here is a message from the Department of Information and Mass Communications of the Ministry of Defense of the Russian Federation:

“During the talks, the parties positively assessed the dynamically developing mutually beneficial relations in the military field and reaffirmed their desire to use the accumulated potential as efficiently as possible for deepening military and military-technical cooperation in the spirit of strategic partnership. The meeting took place in a warm and friendly atmosphere. "
The next day, Myanmar celebrated the 75th anniversary of its own armed forces. And for the first time, military attaches of foreign states were invited to a military parade. Naturally, General Fomin also received such an invitation. In addition to him, the event was attended by the military and other countries - China, India, Pakistan, Bangladesh, Vietnam, Laos, Thailand.

Could such an event take place without any meanness on the part of the opponents of the new government?

Already on Saturday evening, militants of the Karen National Liberation Army attacked one of the military bases of the Myanmar army. Alas, more than 60 servicemen died then. But this message does not fit into the picture of the atrocities of the Burmese army. Therefore, they are silent about this.

But the numbers on the number of children, old people and women killed are growing rapidly. From edition to edition. Perhaps the statement of the Special Rapporteur for Myanmar, Tom Andrews, will suffice:

“The military junta has covered Myanmar Armed Forces Day with disgrace by massacring men, women and very young children across the country. The question is what position is currently taken by the international community. Some countries literally support the junta in Myanmar. "
And about the attendants. You know, there is always an explanation for this. Once a familiar ophthalmologist told me about this. One such came to see him. All painted, with an eagle look and a sour face on her face:

- Doctor, I have a problem. For some reason, whenever I walk past the mirror, I constantly have some kind of gag reflex?
- My dear, rejoice! You have excellent eyesight.
Those who prepare fakes are well aware that in the absence of information, news agencies will dig their noses in the ground in order to get at least something. And they will check what they get from more or less well-known publications. And if you look again at the publications listed above, using obviously invented news from The Irrawaddy or from Myanmar Now, then it practically coincides with the list of the most frequently cited publications.

No one is immune from mistakes. Only the one who does nothing is not mistaken.

Only here they are often not allowed. The cost of such mistakes is too high.