Strasbourg suffering: a chauffeur, a bicycle and a hundred thousand euros 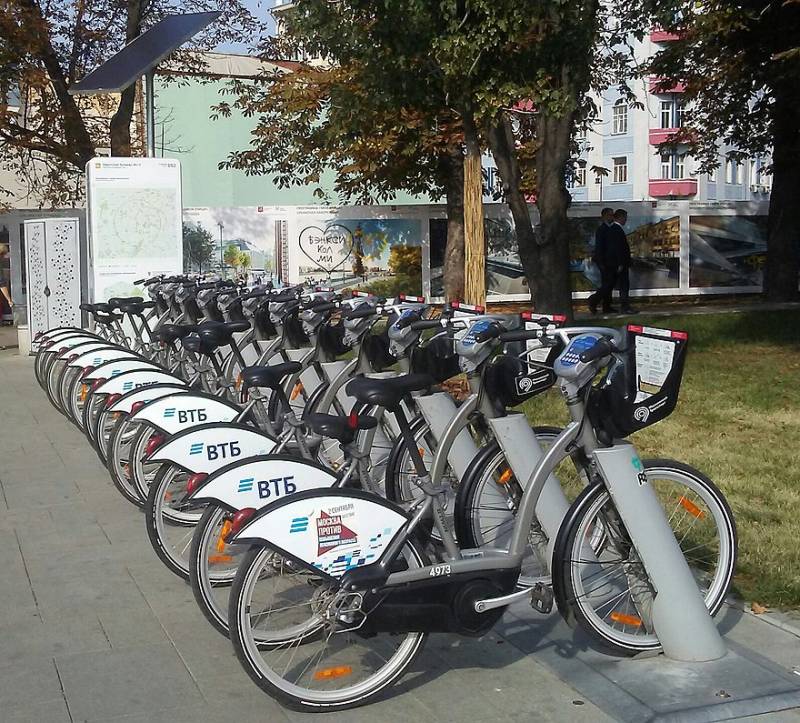 Moscow has long become a cycling city, no worse than any Amsterdam. The season does not stop even in the very cold - two-wheeled couriers scurry back and forth, in spite of ice or snow drifts. And to steal bicycles from us is not comme il faut, and even more so to exhibit them at Avito.


It is quite another matter in the enlightened "Europe". There, half of the population ride stolen bikes. History, which happened in Strasbourg (almost the capital of the EU), where several European Union structures are located at once, starting with the common Parliament, is a clear example of this.

The guy is not a miss

Recently, the Russian Foreign Ministry got into an extremely hard-hitting story because of one of its thieving employees. It was in Strasbourg - a clean, well-groomed and glamorous corner of France. The general Russian consulate lives there. And in it, as in any large institution, there was its own chauffeur. Now, however, he is no longer there.

And this chauffeur turned out to be a good guy. People say about such people: "I cut my soles on the go." In addition to the main job, on which he clearly did not overwork, he also had a piquant hobby - a modest steering worker stole and sold stolen bicycles. The case was presented on a grand scale. Stolen bicycles were scattered across Strasbourg and its environs in batches.

But, as the Spaniards say, "and there is a hole in the old woman." On one not the sunniest day of his life, the chauffeur "sipped" a bicycle clearly from the wrong pack - he whistled at the employee of the local mayor's office.

It is in Russia that the words "employee of the mayor's office" and "bicycle" lie in different universes. In Strasbourg, things are a little different. The mayor's office employees also ride bicycles there. Wild Europeans, what to take from them. 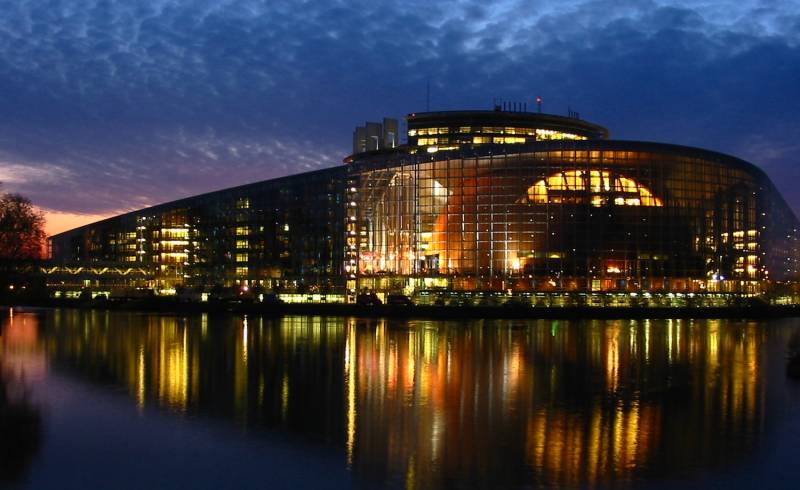 The French official clearly did not like this trick. He was not too lazy to roll a statement to the police. But law enforcement officers seem to be the same all over the world. The Strasbourg cops, as expected, refused to accept the application - "we have nothing to spoil the statistics." The stubborn official began to look for a two-wheeled friend himself.

And I did find it. In local advertisements for sale. I made an appointment. And I bought my two-wheeled back. Well, and handed over the seller where necessary - here the police could not refuse. As the French proverb says, "if the Almighty throws you a plum, open your mouth!"

And they tied the thief at the crime scene. The piquancy of the situation increased significantly when it turned out that the chauffeur of the Russian embassy was selling the bike. Right at the consular gate.

And after looking at the rest of the announcements of a Russian citizen on their Avito, the policemen experienced an unusually stormy stream of complex emotions: it turns out that the clever driver has already sold several hundred bikes, raising at least a hundred thousand euros for them.

Compared to the "more than modest" driver's salary of two and a half to three thousand euros a month, the amount seems impressive. Quite a pull for a one-room apartment in the near Moscow region.

Do not wash, so ride

The Russian Foreign Ministry has not received such blows to its reputation for a long time. It seems that a trifle is not great, but still. The Internet literally exploded with poisonous trolling. Many bloggers nearly drowned in their own bile.

"If an ordinary chauffeur sells stolen bicycles, then what is the consul busy with ?!"
- this, perhaps, was the most innocent question that was found on the vastness of the world wide web.

And suddenly. Suddenly. On the channel "Russia 24" they are beginning to ... otmazyvayut the driver. Well, right in the forehead. Somehow they very strongly doubted the guilt of their fellow countryman. Moreover, they also pulled up some very strange experts under this case.

A certain director of the Institute for Strategic Studies bore bluntly:

"Maybe he is. Or maybe not him. And you prove it! And even if he ... Did he squeeze the rest of the big ones too? But prove it! "
This is a normal defense strategy.

Then, on the screen, some lawyer sarcastically asked:

“And where, by the way, did the deal go? If on the territory of the Russian embassy, ​​then why did you get to the bottom of the kid ?! Oh, the French? This is our territory, our cow, and we will milk it! "
And so they are procrastinating this story to this day. Otmazyvayut driver and elegantly lower the city hall below the plinth of Strasbourg. With a smile. With a subtle hint: if you would drive like all normal people in cars, everything would be okay. And so they provoked our innocent man.

After the presenter, in a tragic voice, said that the cunning driver had already been fired and left for his homeland "due to illness." Moreover, it was said with such a face and such intonations that even the French understood: “You will get a hole from a donut, not Sharapov! He may be a son of a bitch, but this is our son of a bitch. "

There are several famous sayings: "History teaches that no one teaches anything." "They have not forgotten anything and have not learned anything." "History, of course, teaches nothing, but it cruelly avenges its ignorance."

And therefore - a couple of innocent questions from the Russian Foreign Ministry. Our "sons of bitches", of course, must be saved. This is an axiom. But where do they come from in the Foreign Ministry with such enviable constancy? The Argentine story with coke did not have time to die down - the "Strasbourg bicycles" burst out. 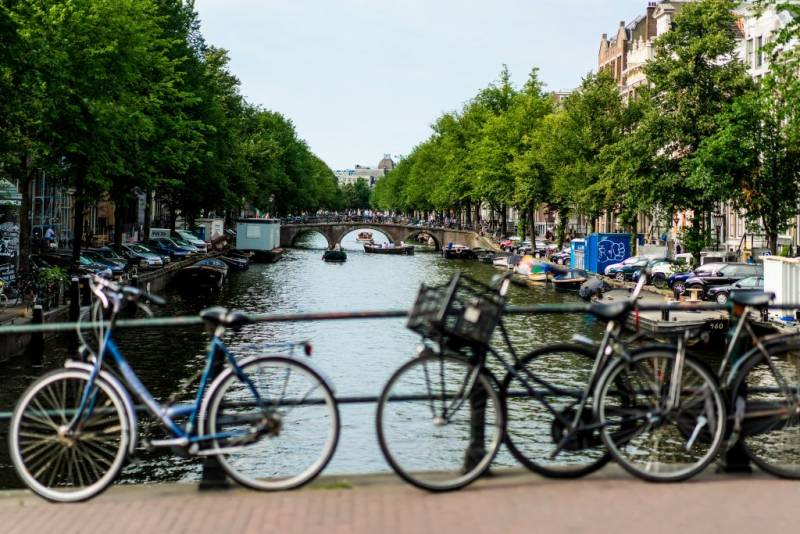 There are many drivers in Russia. For a Strasbourg salary of two or three thousand euros, a line of people wishing to turn the steering wheel "over the hill" even as far as France will line up. Why is it necessary to choose some inadequate from all this chauffeur's ocean?

This despite the fact that all "European" candidates in the Ministry of Foreign Affairs are considered under a magnifying glass, including the local special officers of the first department? Maybe, as Zhvanetsky said, to correct something at the conservatory?

And the second thing. Why was this more than controversial line of defense chosen on Russian TV - they say, the fools themselves are right for you? It would not be easier to admit: yes, we made a mistake, we will fix it, we apologize. The one who does not work at all is not mistaken. These things, by the way, are taught at MGIMO in the first year.

And blaming everything on the victim is almost always a loss. This is not even a violation of the basic laws of diplomacy. This, according to Talleyrand, is worse than a crime. This is mistake. And if our Foreign Ministry does not urgently draw some conclusions, then such diplomatic scandals will be repeated, alas, with depressing constancy.