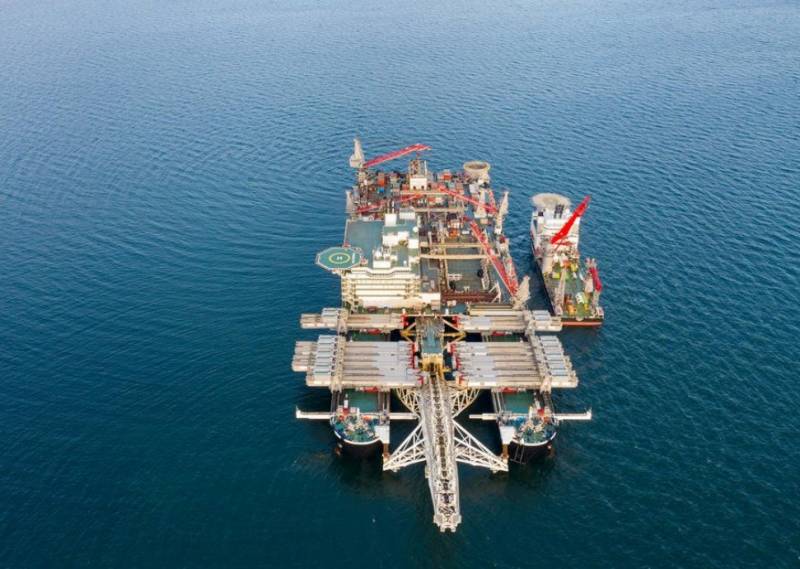 Jedrzej Bielecki, author of Rzeczpospolita, draws attention to the upcoming elections to the German Bundestag. Already in September 2021, it will be decided who will determine the policy of Germany, a key player in the European Union, in the coming years. According to the Polish analyst, the elections may lead to power in Germany, a government hostile to the plans to launch the Nord Stream-2 gas pipeline.


It is still not very clear what final course regarding the gas pipeline will be taken by the newly elected US President Joe Biden. His predecessor, Donald Trump, imposed specific sanctions against companies involved in the pipeline's construction. Not everything is clear with Biden yet, but his anti-Russian sentiment is known, and it cannot be ruled out that actions against SP-2 will be no less harsh than under Trump.

Meanwhile, back on January 20, 2021, immediately after Biden's inauguration, the German government made a proposal to the Americans to negotiate the launch of investments. Berlin proposed a moratorium on gas supplies after completion of construction until Russia releases Alexei Navalny, and until a peace agreement is signed in Donbas. There was also a proposal from the Atlantic Council - if Russia stops the transit of gas through Ukraine, then the flow of gas through the SP-2 after its launch will also be stopped.

Until recently, Angela Merkel remained the main conductor of SP-2 in Europe. However, its political future is already a foregone conclusion, in the fall of 2021 a new government will be formed in Germany and, most likely, the CDU / CSU will no longer have a dominant position in it. The crisis caused by the coronavirus pandemic has led to a significant weakening of the position of this German party.

As Beletsky writes, it is now clear that the new government will not be able to form without the participation of the Greens, who are categorically opposed to the construction of Nord Stream 2, and also without the liberal FDP, which is also critical of the construction of the gas pipeline. Thus, in the German Bundestag and, accordingly, in the government there will be an influential faction of opponents of the gas pipeline and representatives of the CDU / CSU, even if they retain a formal majority, will have to adjust their policy.

According to Beletsky, relying on the opinion of some sources in Berlin, the probability of the implementation of the Nord Stream-2 project is currently just over 50%. The main reason for the possible suspension of construction is the uncompromising position of the Congress. Both the dominant US parties, Republican and Democratic, share a negative attitude towards the construction of the pipeline. At the same time, Washington does not want to quarrel with Berlin, especially in the context of the need to resist the growing influence of China.

However, the intransigence of the State Department is fraught with serious losses for Germany. So, in May 2021, the US Department of State is going to publish a list of companies that are taking part in the completion of the gas pipeline. It is going to include not only the builders themselves, but also insurers and companies responsible for project certification. If the $ 11 billion investment is halted, Germany will need to compensate for this colossal damage.

It is not only in Poland that time is playing against Nord Stream 2. Vadim Glamazdin, an advisor to the head of Naftogaz, thinks the same. He connects the termination of work on the completion of the SP-2 with the implementation in full of the entire package of sanctions from the United States. In addition, Glamazdin emphasizes that the certification company withdrew from the project, depriving the gas pipeline of the possibility of legal connection. Also, the Ukrainian expert noted the absence in Russia of insurance companies of such a level that could take over the insurance coverage of the gas pipeline.

However, Russia has many other opportunities to put pressure on Europe, and this is recognized even in Ukraine. Everything will depend, as always, on a combination of factors - both on the determination of the American leadership to obstruct Nord Stream 2 and on the position of the Kremlin.