A new word in the military crossing: civilian modular platforms in the service of the Malaysian army 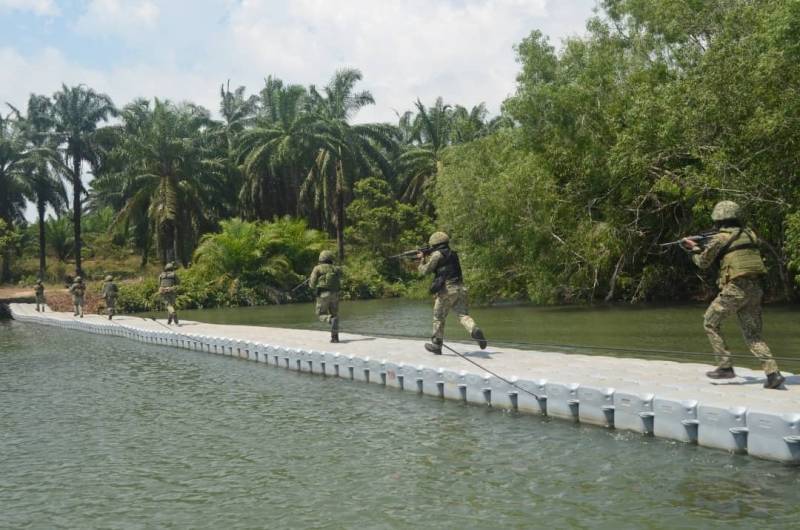 In March of this year, the Malaysian army held exercises, during which the 10th brigade was crossing the river.

The purpose of these maneuvers is to check the level of readiness of the available equipment necessary for the crossing of troops
- stated in the connection.

As part of the maneuvers, the troops worked out reaching the coast, seizing a bridgehead on the opposite side and guiding crossings of two types - for military equipment and infantry. Armored vehicles were transported in a standard way - on standard small-sized army pontoons, which were propelled by motor boats. At the same time, when the infantry crossed to the other side, non-traditional means for the army were used, which were used in civilian life.

According to information announced by the 10th Brigade, the new equipment for the crossing has received the designation "Portable Floating Platform" (PFP). Perhaps the Malaysian military assumes that each of the "cubes" is carried by a separate fighter, making this type of crossing available to non-motorized infantry. As indicated on the website of one of the manufacturers of these CUBISYSTEM products, the weight of each of them is 11 kg; they are connected using special bolts; side mounts withstand 3 tons of thrust.

Judging by the photographs posted by the 10th brigade, setting up the crossing from the floating "cubes" is a rather time-consuming process. In this regard, it is difficult to say how justified the new word in a military crossing is. Moreover, if we compare the PFP with typical prefabricated prefabricated pontoon structures for military purposes. However, the Malaysian army will decide whether to use civilian modular platforms in military service. 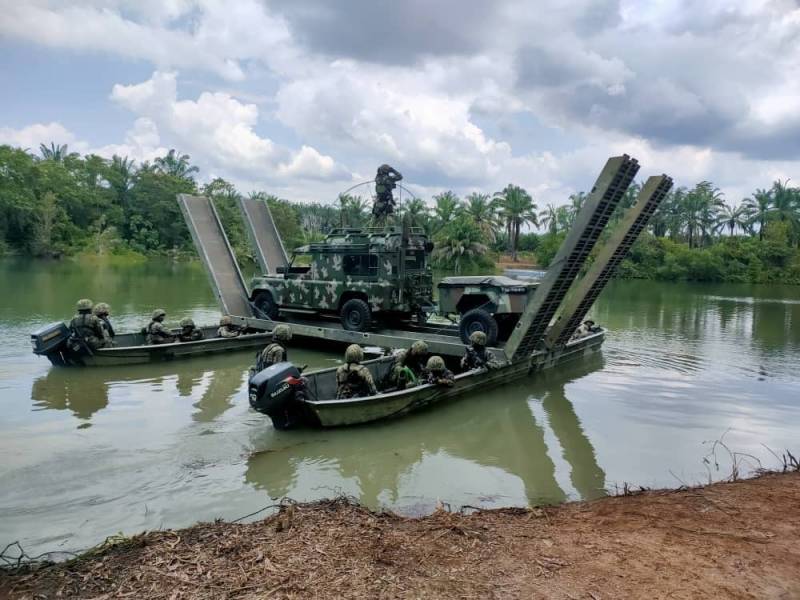 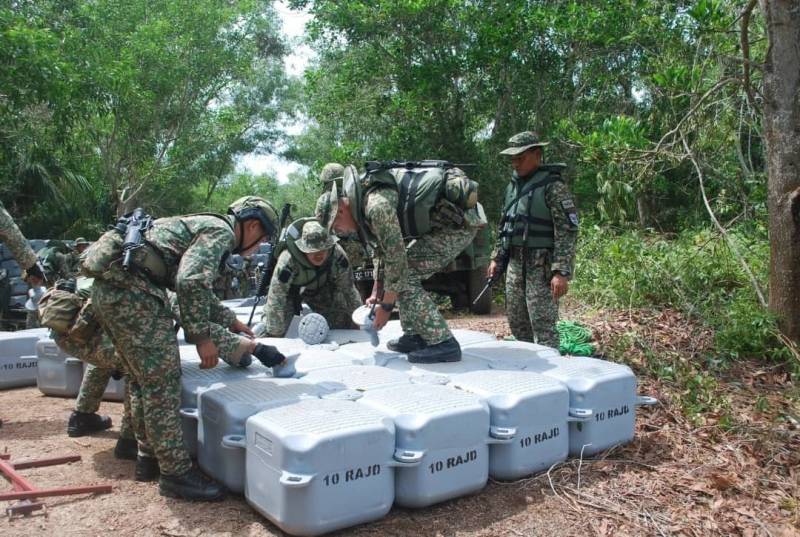 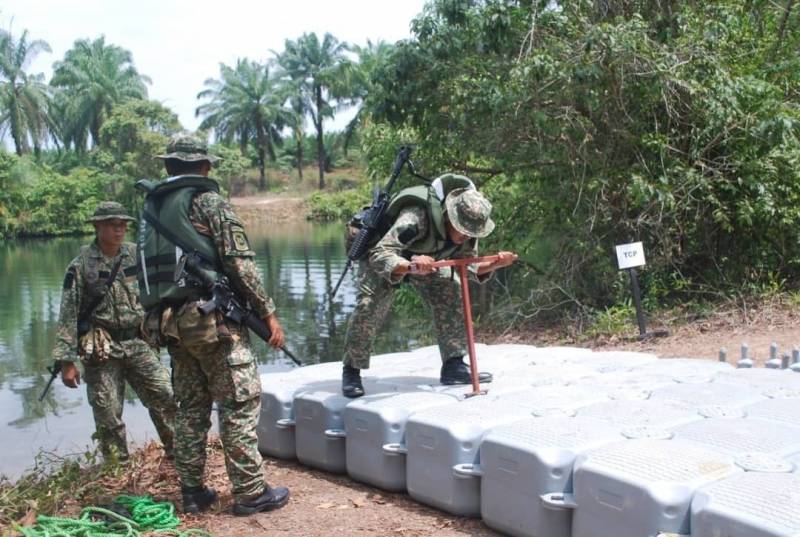 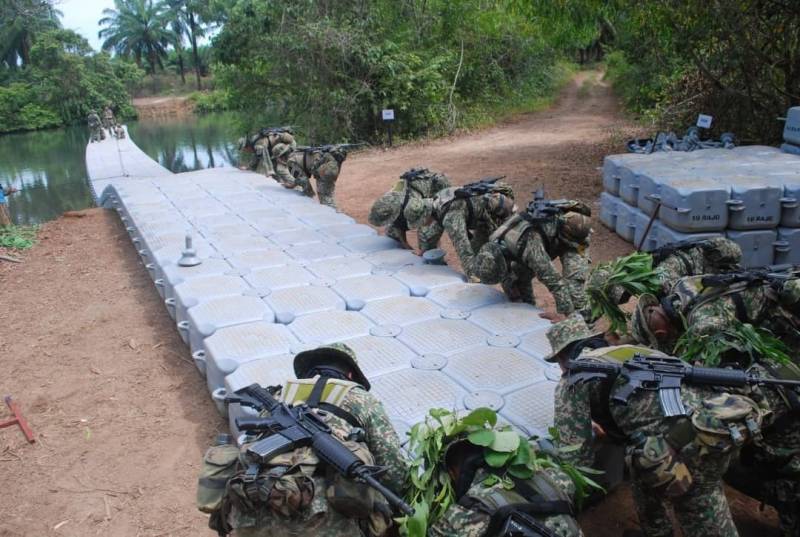 Ctrl Enter
Noticed oshЫbku Highlight text and press. Ctrl + Enter
We are
Reports from the militia of New Russia for 27-28 September 2014 of the yearList of CIA-funded Russian public organizations
Military Reviewin Yandex News
Military Reviewin Google News
18 comments
Information
Dear reader, to leave comments on the publication, you must sign in.