ERA military technopolis: why does the Defense Ministry need its own Skolkovo 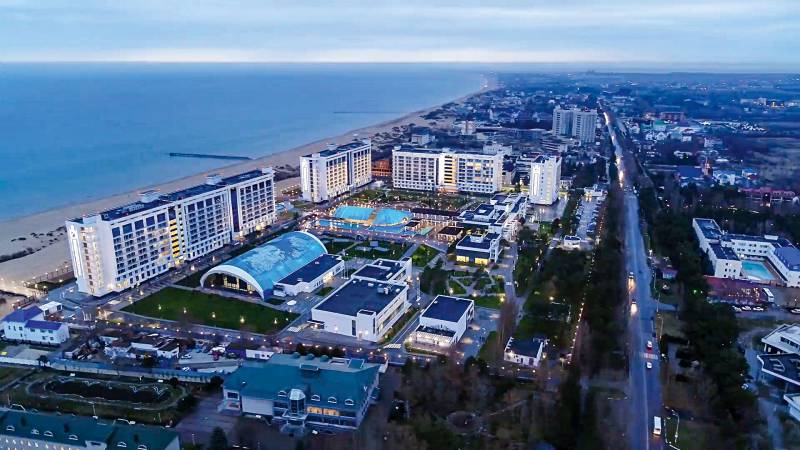 The idea of ​​building innovative townships uniting specialized universities, research institutes and high-tech companies under one roof came to Russia from the United States. The ancestor of technoparks was Stanford University, where after the war a territorial cluster was formed in which students studied, researched, and then worked in the branches of leading American companies. Later all история evolved into Silicon Valley, and every self-respecting country wanted to synthesize something similar on its territory.

By the way, in our country, since Soviet times, analogs of technoparks, which were called Academic Towns, have been functioning quite successfully. The most famous of them, of course, is the Novosibirsk Academgorodok of the Siberian Branch of the Russian Academy of Sciences. Nearby is the no less famous science town of Koltsov, where the world-famous State Research Center VB "Vector", the alma mater of the second Russian anticoid vaccine, operates. It is possible to relate differently to the fact that a center with deadly pathogens was located near the city of Novosibirsk with a population of one million, but Vector turned out to be a very effective institution in the end. In Soviet times, it was engaged in defense issues, and now it is the leading research institute of Rospotrebnadzor, successfully solving issues of protecting the population from a wide range of pathogens. 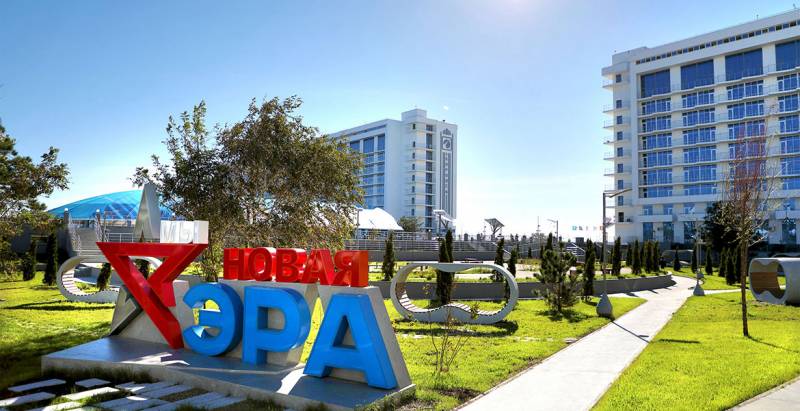 All conditions for comfortable scientific activity have been created in the technopolis. The main thing is that it is effective. Source: arispro.ru
Skolkovo can be called a real anti-example of the effectiveness of innovative technology parks. When the Russian analogue of the California Silicon Valley was discovered in 2010, the question arose: why? What is the purpose of creating an expensive scientific center if there is Novosibirsk, Tomsk, Krasnoyarsk and many other academic towns? The whole Moscow region is replete with scientific centers - Pushchino, Zelenograd, Dubna, Chernogolovka ...

Why not invest "Skolkovo" billions in the further development of these institutions?

Most of the Russian Academgorodoks are known all over the world and have very strong ties with foreign institutions and investors. Obviously, the initiators of the Skolkovo project need an exclusively image project that has little to do with technological breakthroughs. Or the founding fathers were driven by completely different motives, unknown to a wide circle.

And in 2018, a beautiful and high-tech technopolis "ERA" (Elite of the Russian Army) appears in the Russian army. The relevance of creation, according to the Ministry of Defense, is due to the need to reduce the time from the creation of innovative scientific projects to their implementation in the form of weapons, military and special equipment. A detailed analysis of the activities of the technopolis, which is more like a sanatorium on the Black Sea coast, makes one think about the correctness of the chosen goals.

To begin with, the scientific leaders of the military technopark have identified sixteen (!) Priority development areas for it at once. Here are robotics, artificial intelligence, biotechnology, nanomaterials, and even development weapons on new physical principles. In addition to this, there is the Lomonosov design center and the Kulibin mini-factory. That is, the developers propose to resolve issues of strategic importance, to carry out full-fledged R&D in sixteen key areas in a relatively small coastal area. Here, even geographically, there is little space for solving such large-scale tasks. But that's not all. Part of the technopark is occupied by congress and exhibition areas, as well as scientific and educational clusters for working with gifted children. 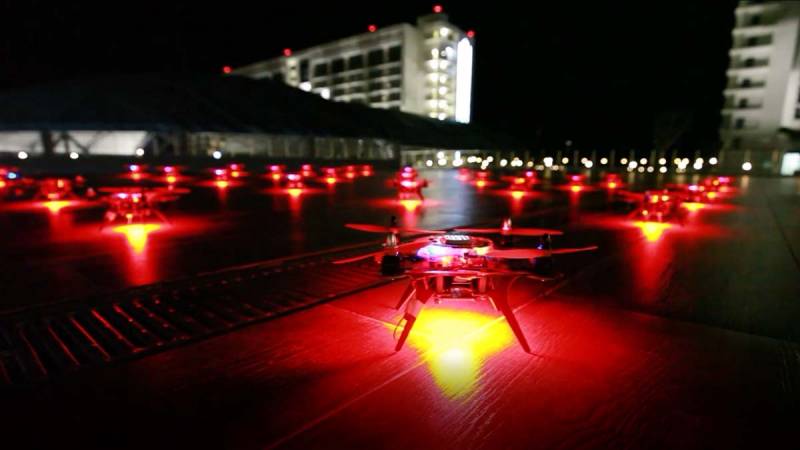 On February 23, a night drone show was organized in the technopark. Source: era-tehnopolis.ru
Quite expectedly, there could be no talk of any kind of science in the ERA technopark from the very beginning - the conditions were simply not created for this. Therefore, for the formation of a scientific school in the resort of Anapa, more than 270 organizations and enterprises engaged in scientific and technical work of a defense profile were involved. You don't have to go far for examples. Military Medical Academy. CM. Kirov, one of the most authoritative scientific centers in Russia, has been working with the ERA technopolis for more than two years. In particular, they develop cell technologies, tissue engineering and carry out molecular genetic research.

The prevention of sudden cardiac death among military personnel is highlighted as a separate area. Two divisions of the technopolis are working on this problem at once - the laboratory for monitoring the vital functions of the body of military personnel and the prevention of pathological conditions and the laboratory for molecular genetic research. The directions, of course, are very relevant and promising for the Russian army. But why transfer such complex projects from St. Petersburg to Anapa?

What is the purpose of turning yesterday's students into researchers, who have entered the scientific companies of the “Elite of the Russian Army” through a competition?

Any sane researcher will confirm that modern research requires serious equipment and a lot of time, otherwise everything will turn into profanity. And in the technopark, servicemen have to contribute in just a year to the study of sudden cardiac death and other fundamental problems of military medicine.

Recall that a future doctor is taught at a medical university for at least six years. At the same time, no one deprived recruits in the military innovation city of combat, physical and fire training. Who in 12 months will leave the gates of the technopark - an accomplished scientist or defender of the Motherland? It seems that neither one nor the other. By the way, the recruits of scientific companies in the ERA technopolis are for some reason called operators.

Forge of scientists for the army

Scientific curators of the technopolis in Anapa are already reporting on the first successes of the operators and their leaders. By mid-2020, 12 patents for inventions, 29 certificates of registration of programs and databases were received, 42 rationalization proposals were submitted and 153 publications were published. This data should be treated with caution.

Everyone can see what importance is attached to the technopolis not only by the high command of the Ministry of Defense, but also by the top officials of the state. Hence such an intense activity. If the Moscow State Technical University was involved in joint projects. N.E. Bauman, Air Force Academy named after N.E. Zhukovsky, the Military Academy of the MTO them. General of the Army A.V. Khruleva, Concern "Constellation" and many other organizations, we should expect a cumulative "flurry" of scientific "discoveries". 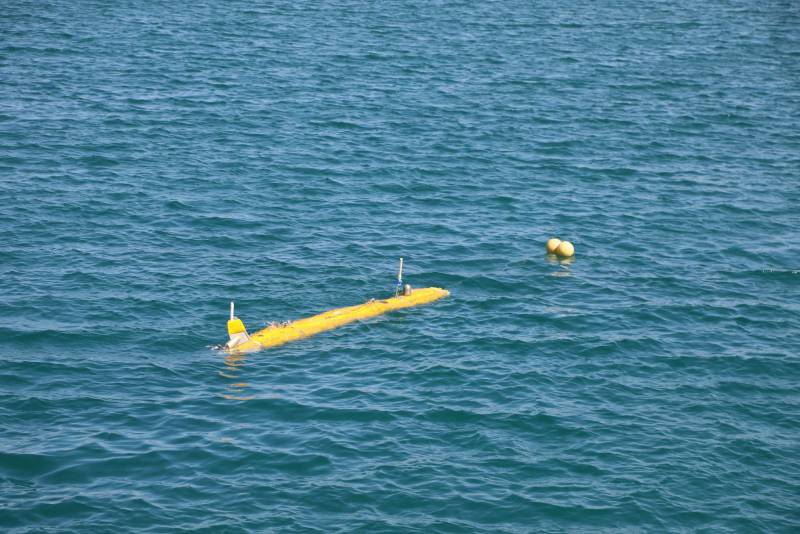 Development of marine technologies of defense significance. Perhaps the only direction that can justify the creation of a technopolis in Anapa. Source: era-tehnopolis.ru
A short excursion into a wide range of scientific research of the military technopolis.

Together with the MTO Academy, the development of renewable energy sources for border outposts, technologies for the use of liquefied natural gas, as well as the expansion of the use of environmentally friendly fuel in the army is underway. In particular, within the framework of the direction "Liquefied natural gas technologies", operators of scientific companies have developed a model of a fuel tank for gas storage with regulation by a sealed membrane. To manage these projects, scientists from St. Petersburg regularly visited their wards in Anapa.

According to the Ministry of Defense, the average score of recruits-operators of scientific companies is growing every year and last year was 4,71. The selection is carried out among several dozen leading universities in the country. And the competition for the place is more than 28 people. The high efficiency of the technopark's work in attracting young people to elite military service is also declared. About 20% of graduates (or demobilized) decided to "devote their lives to the Armed Forces in the simplest of science as officers", and another 60% became "employees of research institutes and the defense industry organization." 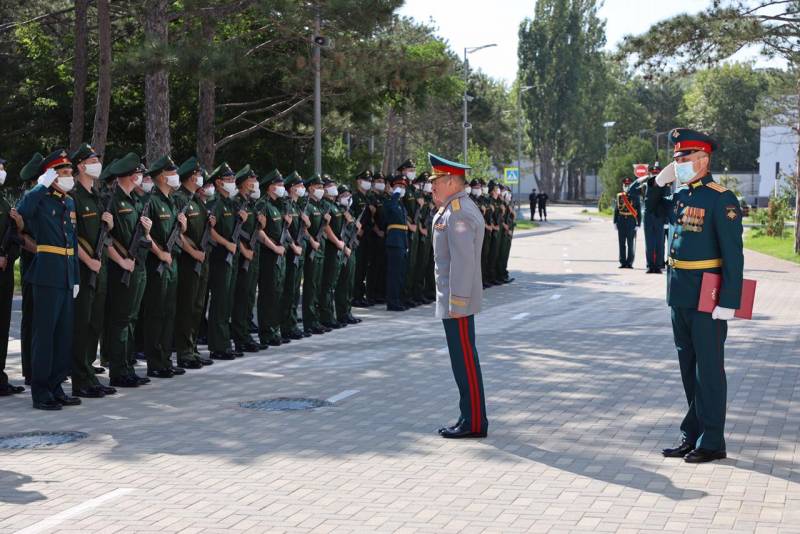 Scientific mouth operators. Source: mil.ru
At one of the international conferences last year, the employees of the Military Innovative Technopolis ERA summed up in the article:

"In a short time, the ERA has turned from an idea into a serious scientific, educational and industrial complex that allows one to study objects of various complexity, from microcircuits to spacecraft."
Neither add nor subtract.

An ERA full of questions

The creation of a broad-profile research center on the Black Sea coast raises several very serious questions at once.

Why weren't the funds allocated for the “Elite of the Russian Army” initially distributed between specialized defense universities and departments? In these research (without quotes) organizations, scientific schools have been created for decades, if not centuries.

Why would the professors drive along the St. Petersburg - Anapa route just to supervise the work of the research operators who are demobilized in a few months? Definitely, the Military Medical Academy has enough of its students, given the competition for admission. And in other military universities, there are no problems with future scientists either. And even if there is a shortage of motivated officers-researchers, then it is definitely not worth solving this problem with the ERA quasi-scientific technopolis.

Why are these games in science, which are more suitable for schoolchildren and the Ministry of Education, but not the Ministry of Defense? How will an operator be able to create, for example, a spacecraft within a year of service? No, of course, it can, if you provide an assembly diagram, the necessary components and an intelligent scientific advisor. But then what is the value of this operator and the scientific and technological innovation that everyone is talking about? And, finally, what will happen to the scientific work in the technopolis, if suddenly all third-party assistants are engaged in their main work and will not be scattered on joint projects with the ERA technopolis?

Time, as you know, will put everything in its place. Russia already has a sad experience of reflection on Rusnano and Skolkovo. I would really not like the history of the technopolis of the Ministry of Defense to be added to this.