The excitement around the T-14 "Armata" tank dies down: about possible reasons 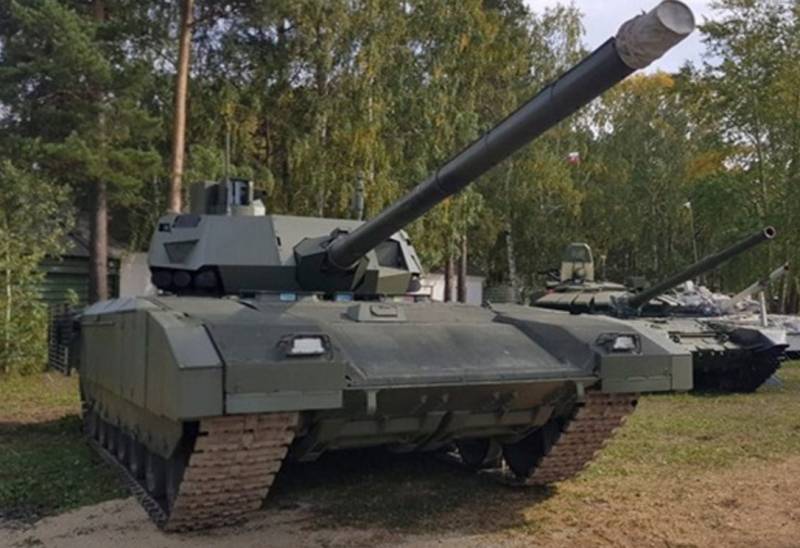 Not so long ago, the newest Russian tank T-14 "Armata" was one of the central topics for discussion in many foreign media writing on military and paramilitary topics. Now the hype around the newest tank, which still remains in the experienced status, gradually subsides. Although it cannot be said that "Armata" was completely forgotten. For example, recently the author of the American edition of The National Interest, Mark Episkopos, recalled the T-14 "Armata" as one of the 5 most advanced Russian developments in the field of weapons.


By the way, in early March this year, Russian Defense Minister General of the Army Sergei Shoigu announced that the first batch of T-14 Armata tanks would be delivered to the ground forces in 2022. As for the first foreign demonstration of the newest tank, it was held at the IDEX 2021 exhibition.

Both the press and potential buyers speak less

It would seem that both the presentation at the exhibition and the statement of Minister Shoigu should have added the interest of foreign mass media and experts to the T-14, but this did not happen.

However, from time to time in the foreign press there are articles about the T-14 "Armata" - both enthusiastic and critical. Recently, for example, foreign analyst Mansij Astkhana called the T-14 Armata the Russian answer to the American M1 Abrams tank, which destroyed Soviet-made tanks in Iraq.

In the British parliament, they said that the outdated tanks in service with the British army, in the future, will not be able to withstand the Russian T-14. But this, again, is only one-time reasoning, not of a systemic nature. Therefore, it is not yet necessary to say that the newest tank is in the center of attention of the world media.

Not yet heard about the significant interest of potential buyers in the T-14. Perhaps this is due to the fact that the tank did not really enter the Russian army. Manufacturers have repeatedly said that the discussion of the export of the T-14 will be possible only after the tank is put into service with the Russian ground forces and the secrecy label is removed from it.

Of course, the T-14 has potential buyers. The already mentioned American edition of The National Interest named Belarus, Egypt and Vietnam, as well as India among them a year ago. New Delhi needs a powerful new tank to hold back China's plans. And the T-14, judging by the information that the media reports about the tank, is quite suitable for this purpose. In addition, the tank could be purchased by Algeria, another traditional buyer of Russian weapons. But this is all just speculation and assumptions.

Possible reasons for the decrease in excitement

As already noted, discussing exports does not go beyond the scope of journalistic analytics and opinions. None of the countries listed, as far as the author knows, has declared a desire to purchase the latest Russian tank. It is quite possible that after delivering it to the troops, the situation will change: foreign specialists will observe how the tank will show itself in various military exercises and show interest in it. This has already happened with other equipment.

Most likely, the most likely reason that the international excitement around the T-14 "Armata" is subsiding is the long drawn-out process of completing tests and supplying tanks to the troops. Therefore, it is not yet possible to give any final assessments of his condition, to assert about the strengths and weaknesses. This delay, in turn, allows many foreign analysts to be skeptical about the prospects for the delivery of T-14 tanks to the troops in the foreseeable future. For the situation to change, it would be nice to speed up the terms of serial delivery of the tank to the RF Armed Forces, but this already depends, first of all, on funding and production capabilities.