What can await Nagorno-Karabakh in the event of Pashinyan's resignation: reflections on the near future of the NKR 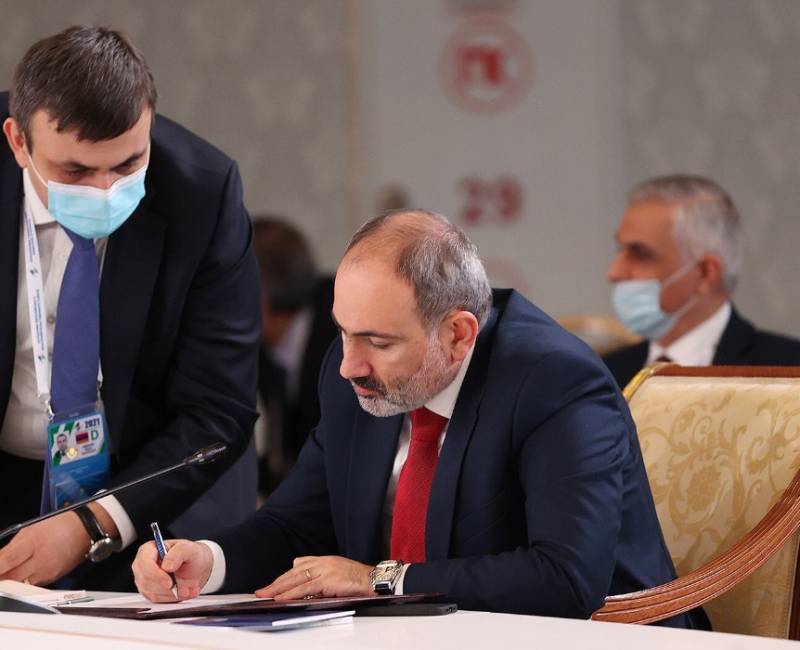 After the defeat of the NKR in the war with Azerbaijan, Armenian Prime Minister Nikol Pashinyan rapidly lost his popularity. His rating actually collapsed, and he himself became the most criticized politician in the Armenian world: Pashinyan is scolded and cursed everywhere, from NKR and Armenia to numerous diasporas around the world. The defeat in the war and the seizure by Azerbaijan of a significant part of the territories formerly controlled by the NKR are not forgiven for Pashinyan.


The Prime Minister himself recently announced that he will leave office in April 2021 to give an opportunity to hold early parliamentary elections. However, so far everything looks like Nikol Pashinyan still really does not want to lose power. And you can understand him: he is afraid of criminal prosecution, which will become almost inevitable.

However, now we are not talking about the fate of Pashinyan, which, in general, is of little interest to anyone, but about a more global problem - what awaits Nagorno-Karabakh if ​​the current prime minister leaves office this spring. It is no secret that in the NKR Pashinyan, to put it mildly, is not liked, including for the fact that he did not provide proper assistance to Karabakh at the time of the confrontation with Azerbaijan.

Certain circles in the NKR can also associate revenge with Pashinyan's resignation, but only if Armenia is fully involved in an attempt to return the lost territories. However, it is extremely unlikely that even if Pashinyan resigns and more decisive and belligerent politicians come to power in Yerevan, NKR and Armenia will be the first to start a new conflict.

First, the forces of the parties are too unequal. Whatever the ambitions and infringed national feelings of the Armenian leaders, both in Yerevan and in Stepanakert they are well aware that another armed conflict can put an end to the stories NKR.

Secondly, Moscow is categorically against a new war, and the Russian peacekeepers stationed in Karabakh are the best confirmation of the seriousness of the Kremlin's intentions. True, the mandate for the presence of Russian peacekeepers needs to be periodically extended, but even here it will depend much more on relations between Moscow and Baku.

Therefore, another scenario is more likely. A conservation of the existing situation may occur in Karabakh, and this conservation will persist for years, at least if some new global events do not take place or if Azerbaijan does not decide to attack the part of Karabakh that remained under Armenian control.

This situation will persist regardless of which forces are in power in Yerevan - whether Pashinyan, or his opponents, or even people from the military-political circles of Nagorno-Karabakh. The situation can change only if completely "frostbitten" ultranationalist forces come to power in Yerevan, but this is extremely unlikely, and Moscow will most likely try to prevent such a scenario by simply stating its position.

As for the longer-term perspective, everything here will depend not so much on the situation in Armenia itself, but on the whole of the regional and even world political situation. The fate of Karabakh in this vein will be decided in Moscow, Ankara, Washington, but obviously not in Yerevan or Baku. And the political future of Pashinyan will have nothing to do with solving all the problems of the unrecognized republic.