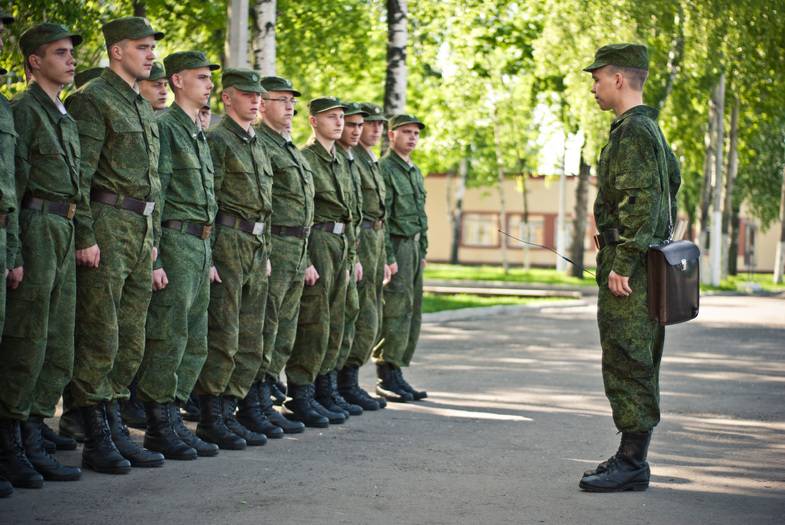 The course of a young soldier is over, and we - thirty-two seventeen-year-olds have begun service and study.

One of the first lessons is introductory. The study of a technique that will have to be mastered in the coming years.

A tank, a training map and a cadet chosen by the instructor who reads for the rest what is written on the map. A guy from the Caucasian peoples. Givi. Born and raised in Tbilisi. Not stupid, but with a technique for "you" ...

Smartly reads and shows the instructor what he understands:

It comes down to size. Length, width, height and ... ground clearance (distance from the lowest point of the bottom of the car to the ground).

- Clearance, - Givi reads with difficulty and pretends to look thoughtful. - Comrade warrant officer, and where at tank clearance?

The ensign quickly understands what the matter is, and preoccupiedly slaps himself on the sides:

- Here, the infection! The mechanic took the 323rd car and went to the landfill! Go, over there, to the neighbor, ask him!

We begin to understand that a comedy is beginning, but we are silent.

Givi walks to a nearby car.

He finds his bearings just as quickly:

- Aha! Give it back to you, and what will I be left with? No really! Go, over there, to 122nd. There, the mechanic will soon leave for demobilization, he doesn't care about anything. Maybe you can beg him?

And so they chased poor Givi to a friendly laugh. Until the officer brought him back from the technical inspection and repair station. And he did not scold the negligent cadet for not knowing the basics ...

The first sentries. It seems that the articles have been learned, and the numbers of the stamps on the posts, but the jitters do not go away. Moreover, every Monday at the divorce they read out telegrams listing the numbers of the units in which the posts were attacked.

Vovka got the most remote post on the landfill - a warehouse for fuels and lubricants and corrosive liquids. A separate area, fenced with one row of barbed wire. And around - a field, a meadow, a forest belt and a river tributary. During the shift, sentry Vovka warned:

- At night, when it's quiet, the river makes noise.

A sultry summer night descended to the ground. Everything was quiet except for the river. And she made a noise - as if someone was crawling on the tall grass in the meadow! And now, going around the perimeter, Vovka came across this noise! He quickly retreated to cover and lay down.

- Stop who is coming!

In response - silence and the sound of a "saboteur" crawling on the grass.

Vovka looked out and noticed how something flashed near the nearest tree! Hid back.

The result is the same.

As Vovka later said, he threatened an invisible enemy for half an hour. Then he persuaded him to leave. Then he promised that he would not shoot, if only he left ...

Finally, I decided on a feat - to stand up and attack! But after the first steps I realized that I had been communicating all this time with ... my own shadow! A searchlight shining in the back, and the damned duct, coupled with fantasy, did their job.

In the second year of service in the training schedule, three platoons were surprised to read one of the days: "Donors".

The company was built, and one of the officers explained that this was, of course, voluntary, but those who donate blood for the hospital would have a supplement with juice, a day of rest and a good memory. Accordingly, the burden of the detachments, guards and all other "Egyptian cars" falls on the refuseniks.

On the appointed day, doctors and nurses arrived. An impromptu blood transfusion center was made in the Lenin room. Someone doctors "weeded out", and the rest took the prescribed rate. After that, the donors drank juice, ate sandwiches and went to bed.

Among those who committed this noble deed was Genka. The type is colorful - tall, thin, red-haired and photogenic. He should play the Krauts in the movies. But Genka was not loved in the company for this: he was tight-fisted and boorish.

And then the donors noticed that everyone passing by Genka's bed laughed or laughed openly.

What's so funny, you ask?

It turns out that the guys who worked in the park of cars took off the truck and attached a bright yellow sign with the words "liquid drained" to the bed of a colleague.

The outfit at the checkpoint is not often dropped. This outfit is desirable - you can look at civilian life.

We are standing there, well-dressed and ironed, waiting for visitors. Summer, the heat is such that it is hot even in a short-sleeved shirt.

And the first comes a young woman with a strong physique with something immense in her bosom. She walks up to the glass barrier, leans on it and a breast falls out of the cut of the blouse, I don't know what size!

We look dumbfounded at this forced striptease.

- Oh, sorry, - the girl says without a shadow of embarrassment. - I would call a cadet!

- Oh sure. Surname? And from which company?

This is our mail and our comrade who went to the landfill. We inform the visitor about this.

“Yeah,” she draws out. - Then Smirnova! Also from the second.

“I see,” she draws out, slightly disappointed. - Well, then Ivanitsky. From the third.

We realized that the young woman will not leave today without prey. One of the guys started dialing a number ...

Again the guard. Your humble servant took over as a sentry in the tank park. The area is large. There are a lot of techniques. If it were not for the February frosts, from which it is chilly even in a sheepskin coat, and not gusts of a prickly wind, then everything would be wonderful - I walked four times in a circle, that's the end of the change!

But now the wind ... It grabs the cheeks, makes the eyes water.

And then the thought comes to mind - between those trucks, most likely, the wind is not blowing. No sooner said than done. Indeed, the place is successful - there is no wind, you can see the checkpoint, and most of the park too. It is a pity, you will have to leave it at least once - to leave footprints in the snow, so that the breeder does not have any questions.

It was somewhere on these reflections that a quiet whistle was heard. You know, this is when an accomplice is called. Or a girl from home is called so that the parents do not hear.

Well, there can be no question of a girl, but there are all kinds of thieves and bastards in the 90s of the last century - more than enough!

All thoughts of a good place disappeared instantly! Machine in hand, and I jump out into the open! You can't hear the whistle, but that doesn't mean anything: you need to check the perimeter - there are probably tracks left in the snow!

I study the fence and the approaches to it, not by step, but by dashes. But the snow is pristine! So, they haven't crossed the border of the post yet! I run to the checkpoint. There is a colleague. Violation, of course, but knocking on the door.

- Did you notice anyone?

Half asleep from a comrade flies. He grabs the bayonet and closes with all locks.

I'm getting hot this February night - where are you, violators?

The second time I run around the perimeter. All the same, everything is clean!

I turn on the logic - they need to wait in the place where I heard them! I sit between the trucks again and begin to listen. After about five minutes the whistle was repeated. Then again.

I start to sneak up on the sound. He leads me to the corner of the hangar. Closer ... Closer ... I peer cautiously around the corner.

Whistling somewhere right in front of me! The gaze rests on an old empty fuel barrel. It is rusty. In the fall, the water reached one of the holes and later froze. It turned out to be such a whistle. Well, the gusty February wind whistled!

But the shift flew by unnoticed.

Believe it or not. But all this is not invented. I swear on anything and on anything. Yes, I think everyone in the storehouse has more than one similar one. Write, share!