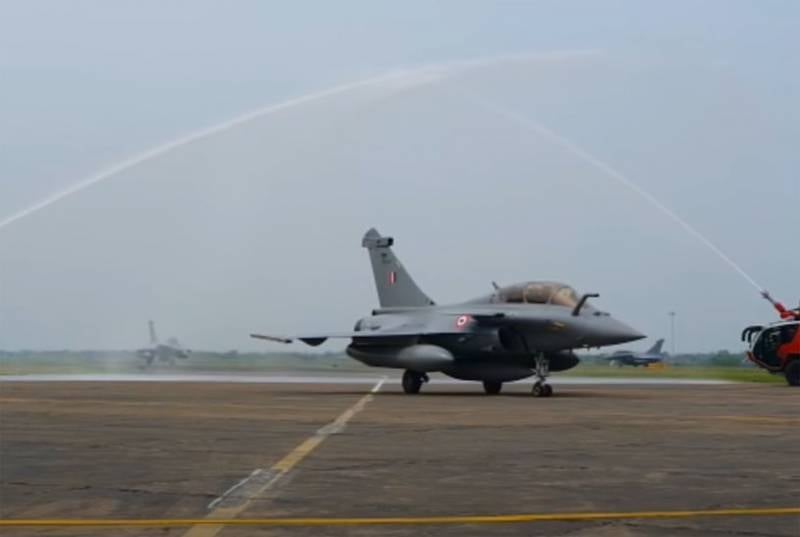 
At the moment, the main base for the Rafale in India is the Ambala Air Force Base in the northern part of the country.

The Indian command notes that the Air Force intends to increase the number of modern fighters in important areas, including areas bordering China and Pakistan. At the same time, the Indian press adds that the Rafale fighters "will be an excellent option for countering the Chinese J-20 aircraft."

Recall that in China, their J-20 is classified as a new generation fighter.

The statements by Indian officers and observers have sparked a reaction in the Chinese media. So, in the military-thematic section of the information portal Sina Military, the following is noted:

Claims that Rafale fighters will compete on an equal footing with J-20 fighters do not hold water. These aircraft have completely different "weight categories". If the J-20 is a heavy modern fighter, then the Rafale barely went beyond the boundaries of light fighters.
It is noted that "this is recognized even in the West, including the United States."

The Chinese observer writes that the Indian side is misleading itself, claiming that the Rafale and J-20 combat aircraft are comparable.

It's worth noting that India is buying Rafale fighters from France at a whopping price tag. Together with weapons and training for pilots and technical personnel, each such aircraft costs about $ 217 million.
Ctrl Enter
Noticed oshЫbku Highlight text and press. Ctrl + Enter
We are
Reports from the militia of New Russia for 27-28 September 2014 of the yearYuri Drozdov: Russia prepared the role of the sacrificial calf
Military Reviewin Yandex News
Military Reviewin Google News
31 comment
Information
Dear reader, to leave comments on the publication, you must sign in.