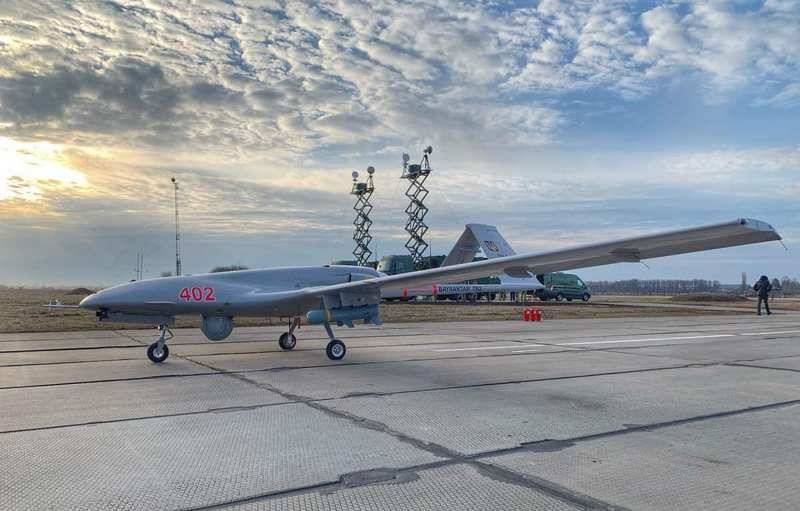 The Ukrainian Naval Forces (Naval Forces) conducted exercises using Bayraktar TB2 attack drones. According to the Ukrainian Ministry of Defense, the drones were practicing maneuvering over the sea.


According to the report, the drones flew from the coast to the island of Tendrovskaya Spit, which is located in the Black Sea. On the island itself is a naval training ground for the Ukrainian Navy. How many drones were involved in the exercise are not reported. The website of the Ukrainian military department talks about practicing drone maneuvering over the sea.

At the end of October 2019, the Turkish company Baykar Makina announced the completion of the delivery of Bayraktar TB2 drones to Ukraine. In total, within the framework of the agreement, the Ukrainian military received six drones, two (according to other sources - three) ground control stations and related equipment, including simulators. Also earlier, the Ukrainian side reported on the supply of ammunition (200 missiles) for drones in accordance with the agreement.

Earlier, the Ministry of Defense of Ukraine announced the receipt of the Bayraktar TB2 UAV complex with an increased flight range. The drones will be delivered to the Naval Forces of Ukraine.

Ctrl Enter
Noticed oshЫbku Highlight text and press. Ctrl + Enter
We are
Bayraktar TB2 shock UAVs for Ukraine: where are they going to use the APUTurkey completes the supply of Bayraktar TB2 drones to Ukraine
Military Reviewin Yandex News
Military Reviewin Google News
142 comments
Information
Dear reader, to leave comments on the publication, you must sign in.