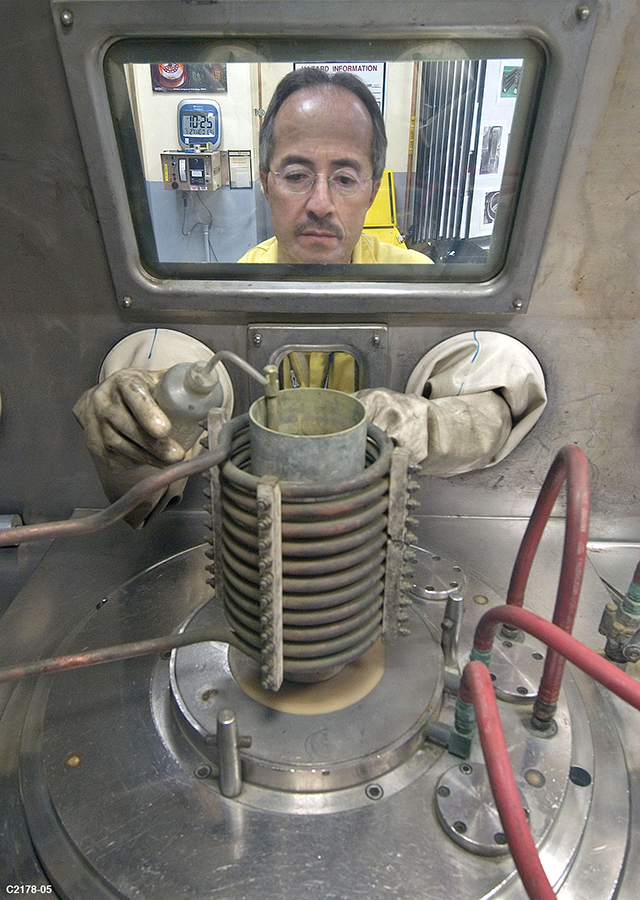 Technician at Los Alamos National Laboratory working with plutonium as part of the US Stockpile Management Program. The laboratory sought to play an important role in the production of new nuclear warheads despite security breaches. Photo source: US Energy Department


Since the beginning of the Cold War, the topic of nuclear weapons plays a key role in ensuring the defense capability of our country - now we can say that it plays a sacred role as one of the key and most important elements of Russia's influence in foreign policy. However, there is also a downside to the perception of the atomic arsenal - and it received an extremely vivid embodiment in the United States of America ...

Sometimes, considering the topic of weapons, you can find a number of extremely funny incidents - it just so happens that the countries that have pioneered this or that type of weapon eventually lose understanding of the concepts of its use. A similar problem was once experienced by Great Britain, which first tried a tank on the battlefield, and today the United States is experiencing it - to this day, the only country that has used nuclear weapons in war.

For most of the inhabitants of Russia - both professionals and people ignorant of military affairs - such a disdainful attitude towards the nuclear arsenal may seem savage and the greatest stupidity - at one time both the USSR and the Russian Federation were able to ensure their sovereignty only thanks to the presence of weapons of mass destruction. To this day, the development of the Strategic Missile Forces (and, in general, elements of the "nuclear triad") is a key area of ​​financing all defense projects - it will not be wrong to say that this branch of our science and industry really occupies a leading position in the world.

In general, the problems with the American nuclear arsenal turned out to be a complete surprise not only for the allies and enemies of the United States, but also for the highest military and political leadership of the United States. In some respects, the debate in power circles is reminiscent of the fierce debate over the need for fleet in our country: many have the impression that the situation has gone too far, and the invested resources will absolutely and in no way recoup their investments.

In today's article, I propose to briefly familiarize ourselves with the situation that has developed around the American atomic weapons. 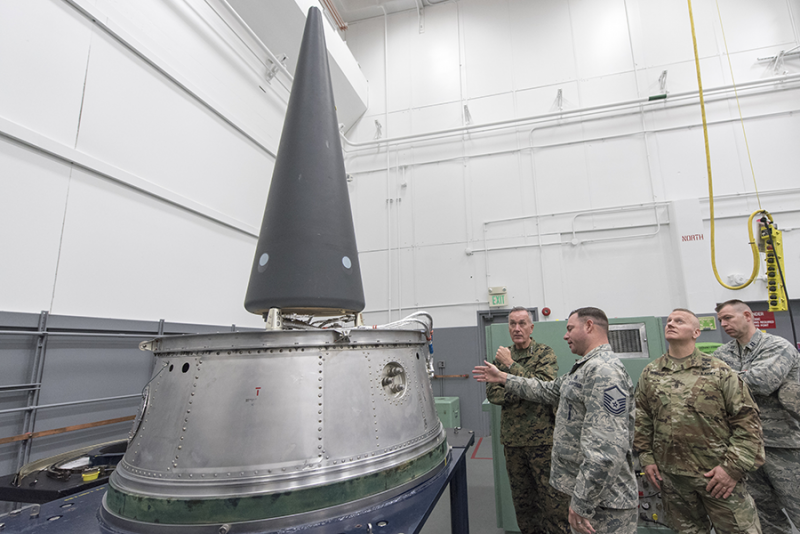 To begin with, after the collapse of the USSR, American nuclear deterrent forces began to be in permanent decline: the threat of the outbreak of World War III disappeared, and the military budget experienced all the delights of optimization. New and effective, but costly to operate, types of weapons were cut down - for example, aviation the AGM-129 ACM cruise missile; and the LGM-118 Peacekeeper heavy ICBMs. The production of nuclear weapons was discontinued in 1991 - yes, the most recent American warhead is already thirty years old!

Funding for any promising projects related to the development of nuclear deterrent forces was absolutely mercilessly cut, and the National Defense Authorization Act (NDAA) was expanded by prohibiting the allocation of funds for the development of any mobile launchers (analogues of our Yars and Topol ").

In connection with the above, one can say without any embellishment that today the American nuclear triad consists of components that are outdated not only morally, but also technically ... The nuclear shield is turning into decayed ...

A striking example of this can be called the ICBM LGM-30G "Minuteman III" - at the moment it is the only representative of the ground component of the US nuclear triad. The production of these missiles was discontinued in 1977 - the newest of the ones produced was 44 years old. Of course, during the service they were repeatedly modernized: for example, in the late 90s, a fifteen-year program for "refueling" solid fuel began, and in 2014 the missiles in service were re-equipped with single warheads (instead of triple ones) in order to increase the number of carriers. This measure should be viewed as a desire to circumvent the limitations of the treaty "on measures to further reduce and limit strategic offensive arms." The conceptual rationale for such a decision was the reasoning that it would be difficult for the enemy to destroy a large number of carriers - which means that this increases the chances that the conflict will not come to an exchange of nuclear strikes.

Separately, it is worth mentioning that such a re-equipment of the ICBM fleet made it possible to reduce the costs of their maintenance, and instead of dismantled warheads, radio equipment and "tricks" were installed, increasing the chances of overcoming missile defense. 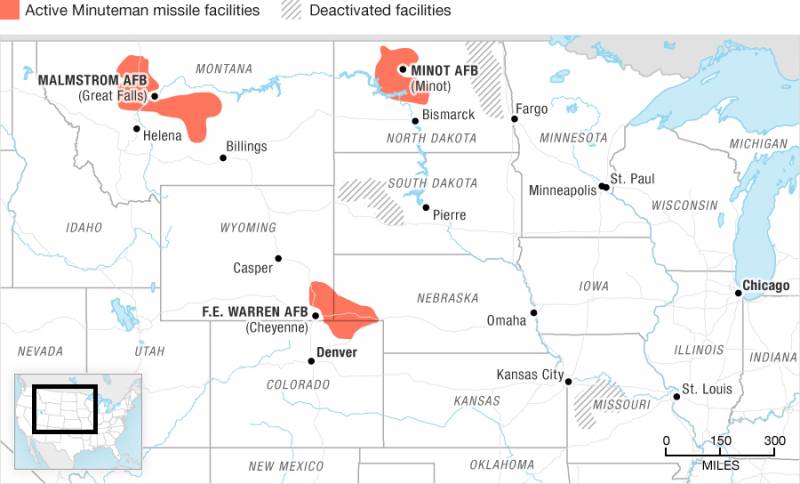 However, the American expert community is sharply opposed even to such an essentially modest and outdated arsenal - at the moment there are serious disputes about the complete reduction of the ground component of the US nuclear deterrent forces. In general, one interesting reservation should be made here: after the end of the Cold War, America, in general, has ceased to associate its military power with numbers, and as such, the fact of possessing a nuclear arsenal. The numerical and qualitative superiority of the States in conventional weapons was so obvious that atomic weapons became a kind of unnecessary ballast, which you don't really want to contain, but you have to - whatever one may say, this is one of the signs of a superpower ...

However, the aggressive pressure of the "green left" (let me describe in such a shameless way the radical socialist elements, whose dictatorship has now reigned in the United States) is not abating, and the ground-based component of the strategic nuclear forces looks an extremely attractive target of attacks. The main argument is extremely simple: ground-based ICBMs are too vulnerable to a preemptive strike. Secondary, however, are also quite straightforward - they primarily have an economic justification. The maintenance of the Minuteman infrastructure is too expensive and, among other things, is a potential cause of the destruction of the population that lives in the areas where the silos are located. 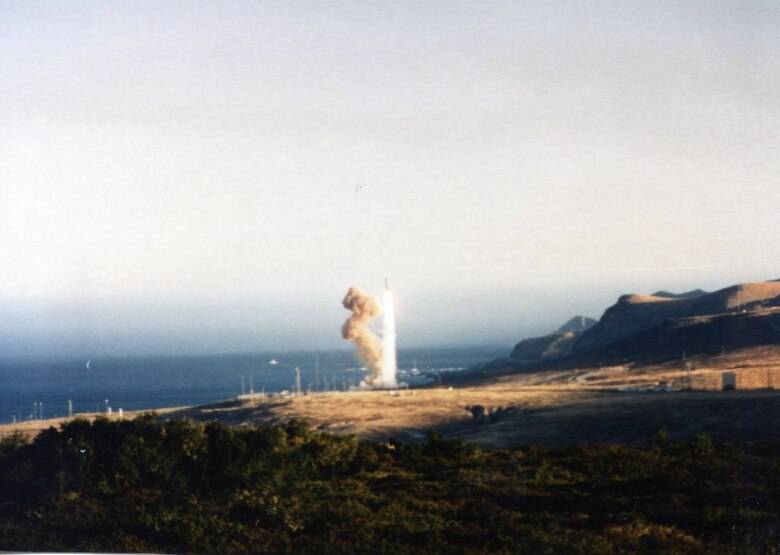 Test launch of the Minitmen III ICBM by the 91st US Air Force Missile Wing. 2020 Photo Source: US Air Force

The naval and aviation components of the triad get much less - in the United States, it is traditionally believed that strategic submarine cruisers are the least vulnerable, which means they are extremely dangerous for the enemy. Long-range bombers are also beyond criticism - they have dual functionality, extremely useful and in demand even in local conflicts. Of course, the general offensive against the nuclear arsenal does not disregard the listed weapons, but the Pentagon manages to defend funding for programs dedicated to promising carriers of nuclear weapons (for example, the B-21 Raider, the development of nuclear warheads for cruise and hypersonic missiles).

Such "pacifism", however, is not such - all talks about complete nuclear disarmament have a completely obvious background: if the world atomic arsenal is disposed of, the US military hegemony will take on the form of an obvious and unconditional fact. The military (including officials of the Ministry of Defense), however, strongly disagree with any form of reduction and optimization of the nuclear deterrent.

“I am concerned about the non-readiness of our nuclear triad - if all pessimistic forecasts are confirmed, my team will immediately begin to study and work out ways to solve this problem. Nuclear deterrence is the cornerstone of US national security — and will remain so as long as there is a nuclear threat from other countries. ”
Supporters of the development of a land-based ICBM program mainly argue related to the current technical state of the strategic nuclear forces arsenal - it is obvious that further extension of the service life and modernization of the Minuteman III is impossible (or it will cost much more money than the creation of a new missile) ; In addition, in the long term, the maintenance of ICBMs built on the basis of modern technologies will be cheaper and easier, and the combat service of silo-based missiles is the least resource-intensive and provides a high combat readiness factor inaccessible to SSBNs and strategic bombers.

At the moment, the US Air Force is actively developing the GBSD (Ground Based Strategic Deterrent) program - according to known data, this is a solid-fuel ballistic missile of more compact dimensions than the Minuteman III (which, by the way, is smaller than the Russian Topol-M "), Most likely, one-piece and designed, contrary to the prohibition of the law on national defense, including for basing on a mobile launch platform.

The developer is the famous company Northrop Grumman (which, by the way, is also developing the B-21 Raider) - all competitors withdrew from the competition in 2018-2019, and since 2020 the project has received funding in the amount of $ 552,4 million. In the current 2021 fiscal year, $ 1,5 billion will be allocated, and for 2022 it is planned to request $ 2,5 billion. Over the next three years, $ 3 billion a year will be allocated. The total cost of the program is estimated at 93,1-95,8 billion. Most of the amount is the construction of 659 missiles (of which 25 are for initial tests, and the rest is for deploying a grouping to replace 400 ICBMs that are on current combat duty, taking into account regular test and guarantee launches), and $ 14,8 billion will go to production warheads W87-1. It is stated that the warheads will structurally repeat the W87 charges of previously decommissioned LGM-118 Peacekeeper missiles.

The desired date for achieving operational readiness is 2029. Probably 2031. The complete replacement of the Minuteman III fleet should take place in the late 30s - in fact, the renewal of the terrestrial component of the triad will take at least 20 years. 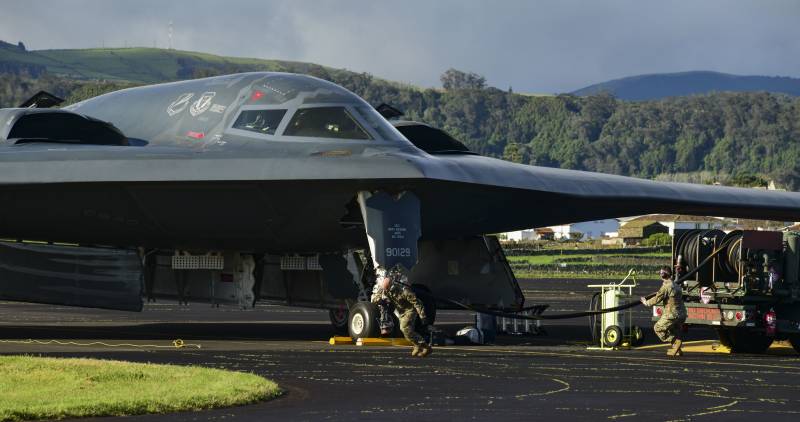 Probably, the upgrade of nuclear weapons carriers will begin with the aviation component - the promising B-21 bomber, perhaps, at the moment is the project closest to its completion. This will be followed by Columbia-class submarines (scheduled to enter service in 2031) and silo-type GBSD ICBMs.

Of course, there is no doubt that the United States will resume the production of nuclear weapons - despite all the bureaucratic and political obstacles, this segment of national defense is considered at least as a priority. The military and top political leadership of America is well aware of the consequences of the degradation of the arsenal of strategic nuclear forces and is actively trying to resolve this problem. In this regard, however, it is quite possible to expect attacks by the US authorities on the countries - members of the "nuclear club". If the United States senses even a tiny weakening of its military power, diplomatic and economic pressure will be used to accelerate the disarmament process. However, despite the described frivolous attitude in previous decades, talk about the "funeral" of overseas nuclear weapons can be called a premature decision: the Yankees have all the scientific and technological base both for preserving the current resources of the triad and for its rearmament.

In this regard, I think it would be quite reasonable to say that the global strategic situation will not change in any way: the policy of containment will not go anywhere, and the total collapse of the American nuclear arsenal is definitely postponed to the distant future.

Ctrl Enter
Noticed oshЫbku Highlight text and press. Ctrl + Enter
We are
Situational analysis of the death of the MH17 flight (Malaysian Boeing 777), made on the basis of engineering analysis from 15.08.2014Strangulation: the context, conduct and consequences of the American naval blockade of China
Military Reviewin Yandex News
Military Reviewin Google News
93 comments
Information
Dear reader, to leave comments on the publication, you must sign in.