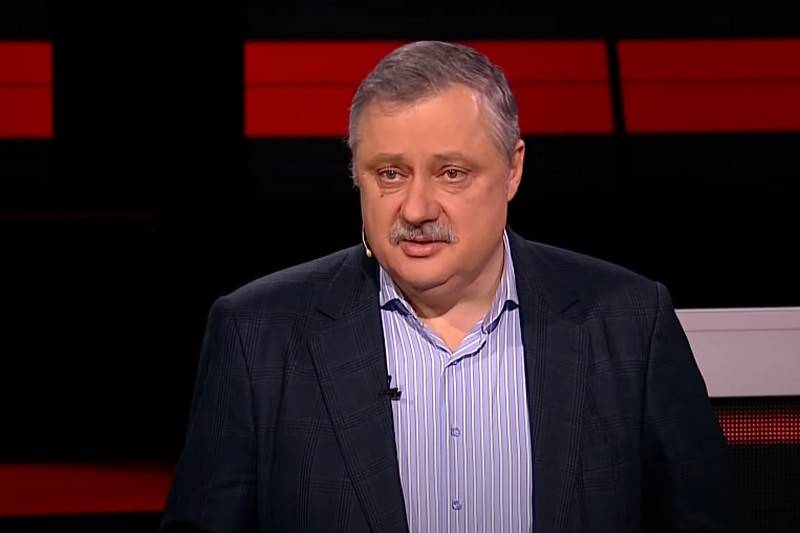 Political scientist Dmitry Yevstafiev, a professor at the Higher School of Economics, suggested “to knock down NATO's breath” by temporarily withdrawing from the Nuclear Test Ban Treaty and carrying out a series of nuclear explosions. He stated this in the "Sunday Evening" program on Channel One.


Commenting on the statement by NATO Secretary General Jens Stoltenberg on NATO's position on the Nord Stream 2 gas pipeline, Evstafyev said that the North Atlantic Alliance has ceased to be a military-political bloc, being transformed into a geopolitical system that aims to redistribute the world in the interests of the United States.

According to the professor, NATO has become a US instrument for solving geopolitical tasks, and in modern conditions Washington is ready to use this force to seize the resources of other countries. It is not excluded that in the near future the US will use NATO to resolve the issue with Russia by force.

The West does not have the resources and time for a medium-term and long-term policy towards Russia. (...) They are boiling, and morally they mature to the point that the only way to solve problems with respect to Russia is this or that option of forceful resolution
- said the professor.

Since the United States does not accept methods of persuasion other than forceful methods in order to "cool the hotheads in the West," Yevstafiev suggests "to slow down their pace, to bring down their breath." To do this, Russia needs to temporarily withdraw from the Nuclear Test Ban Treaty and conduct a series of nuclear explosions, combining them with any major NATO exercises.

In this situation (...) we must temporarily withdraw from the Nuclear Test Ban Treaty and carry out a series of 20-25 demonstration nuclear explosions, and combine them with any major NATO exercises. We have fewer and fewer other options to cool hotheads in the West.
- he added.
Ctrl Enter
Noticed oshЫbku Highlight text and press. Ctrl + Enter
We are
Yuri Drozdov: Russia prepared the role of the sacrificial calf
Military Reviewin Yandex News
Military Reviewin Google News
264 comments
Ad