Belarusian trolling: Minsk offered the United States joint management of Alaska and adoption of the experience of voting by mail 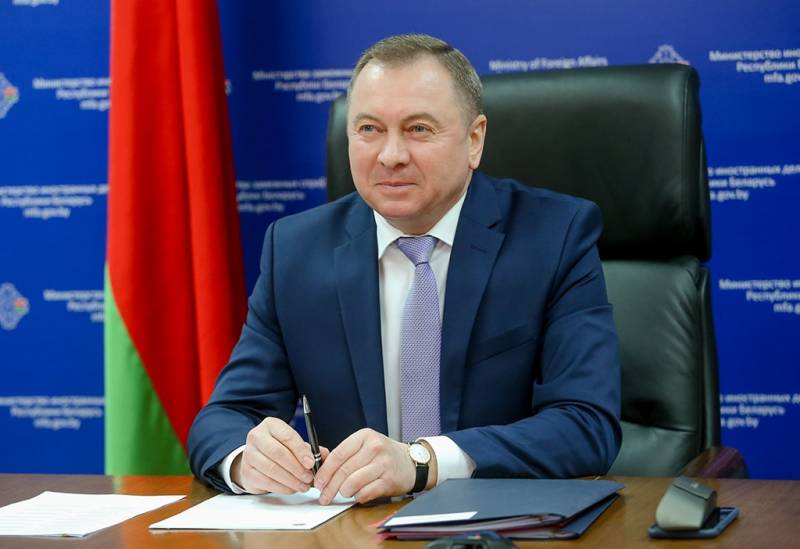 
From the American "congratulations":

Many pay a heavy price to try to make their voices heard as the regime resorts to intimidation, violence and the use of the deadly weaponsto stay in power. The United States congratulates the Belarusian people on March 25 and looks forward to the day when the Belarusian people will be able to determine their future.
The Ministry of Foreign Affairs of the Republic of Belarus responded, without exaggeration, sparklingly. The corresponding publication appeared on the official website of the Foreign Ministry. The Ministry of Foreign Affairs of the Republic of Belarus notes that it apologizes for the lack of congratulations "on the recent 160th anniversary of the adoption of the Constitution of the Confederate States of America (CSA is the enemy of the United States during the Civil War in North America - approx." VO "), the flag of which is still dear to many Americans ".

The Belarusian Foreign Ministry expressed disappointment at the split in American society, openly trolling the United States with the statements of their own president:

As J. Biden said: “I am completely focused on how to unite America, unite our people, unite our nation ... The forces that separate us are very deep and strong ... Let's start over. Let's start listening to each other, perceiving each other, seeing each other. "
Minsk invites the Americans to choose their territory for negotiations between the opposing sides in the United States, noting that Minsk has rich experience in the platform for negotiations in the Trilateral Contact Group format. One of the parties to the negotiations, at the suggestion of the Ministry of Foreign Affairs of the Republic of Belarus, must certainly be representatives of the BLM movement.

We admire the courage and determination of American heroes, including J. Assange, E. Snowden and C. Manning, who sacrificed almost everything for the sake of true freedom and harmony in American society. Belarus, together with the American people, is looking forward to the day when an ordinary American will be able to walk freely and without hindrance near the Capitol.
The message from the Belarusian Foreign Ministry expressed gratitude to the US Ambassador "for a hint on the method of holding the elections." It was noted that the Belarusian side will certainly study the option of voting by mail and through the electoral college ...

It was added that as a gratitude to the US authorities for such "help" to Belarus, Minsk offers to help the Americans develop the US agriculture - for example, "to develop agriculture in Alaska and effectively develop its lands in the format of joint territorial management."

Belarusian appeal to the United States (full version - on the official website of the Ministry of Foreign Affairs of the Republic of Belarus) in the network has already been called a worthy response to "Washington, which has lost its sense of reality" and "trolling of American pseudo-democracy of the 80th level."