NATO's New Opportunities in the Arctic: Year-Round Operation of Thule Air Base in Greenland 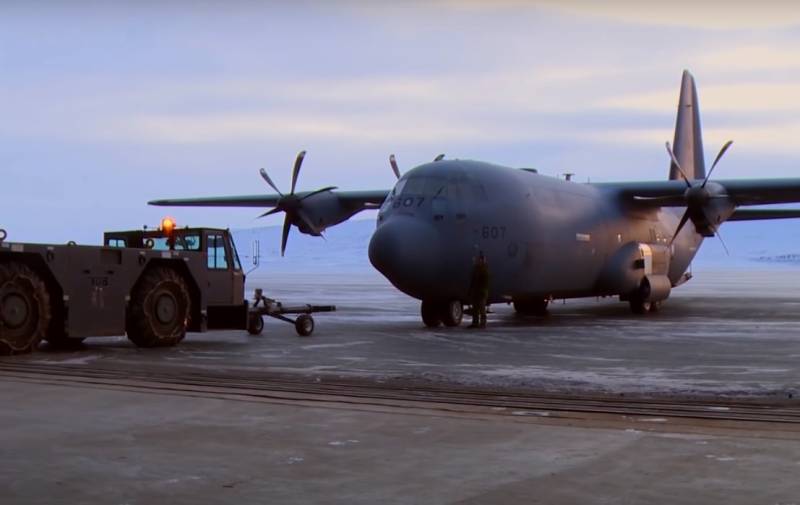 The northernmost American military airbase aviation is the airbase at Tula in Greenland. Not only American, but also Canadian aircraft are stationed there, including the CF-18 Hornet fighters of the Royal Canadian Air Force. The main task of the presence of fighters at the base in Tula is to prove the concept of year-round operations in Arctic conditions.


The North American Aerospace Defense Command (NORAD) recently announced that RED HORSE Squadron 823 Squadron will deploy the Mobile Aircraft Emergency Stop System (MAAS) at Tula Air Force Base. It is to test the system that Canadian fighters are needed at the airbase.

MAAS is intended for use anywhere in the world where fighter action may be required from short or icy airstrips, as well as from airstrips that have been destroyed by enemy forces. Such equipment can also be used to stop a fighter in an emergency, which is also of great interest in an arctic climate.

Before the introduction of the system, the year-round use of combat aviation in the Arctic was significantly hampered. Now the MAAS system reduces flight safety risks, which are very significant in the Arctic climate. Indeed, at the same airbase in Tula, the air temperature can drop to -47 degrees in winter. 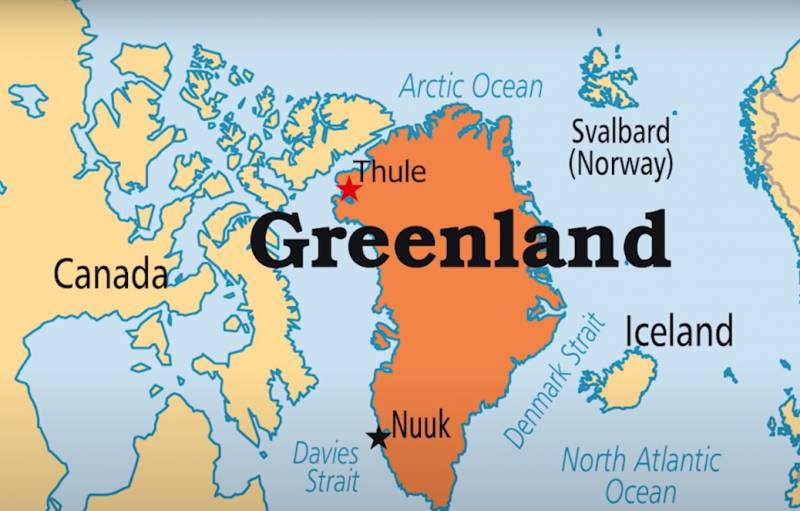 It will be recalled that the construction of the Thule airbase began in 1950. The American command proposed to use the airbase to house fighter planes, as well as surface-to-air missiles to counter possible threats of an attack by Soviet bombers. That is, as we can see, rather serious hopes were pinned on the air base in the context of a likely global military conflict.

Apparently, the new complication of the global military-political situation has demanded that NATO return to the modernization of the air base in Greenland. At the airfield, special platforms were installed for the rapid deployment of MAAS throughout the year.

MAAS is a pair of mobile units, each of which consists of a BAK-12 obstacle barrier mounted on a mobile trailer. The brake block of the BAK-12 barrier barrier is an energy-absorbing system,
- says the NORAD system manual. 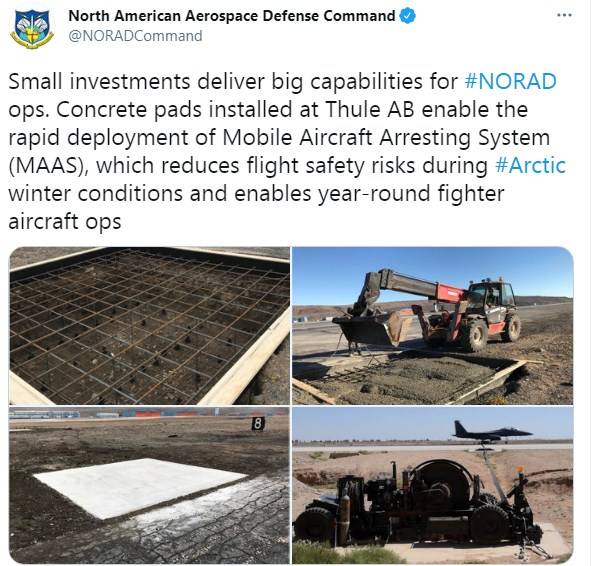 Fighters, AWACS aircraft, search and rescue aircraft, helicopters, tankers and transport aircraft of various types took part in the military exercises. NATO approached the organization of exercises in great detail, striving to develop and test in practice a mechanism for unified actions of combat and auxiliary aviation in an armed conflict.

Tula airbase in these exercises also had a special role to play. By the way, the strategic value of Greenland is such that not long ago Donald Trump, when he was the President of the United States, spoke of his desire to acquire the island from Denmark. But even without its acquisition, the use of the base opens up new opportunities for NATO in the Arctic. Apparently, these capabilities will only grow, including through the development and strengthening of military infrastructure.

We don't want to find ourselves in a situation where defeat at the end of the game is our only option,
- emphasized Air Force General Glen van Herk, commander of NORAD and the US Northern Command.

Ctrl Enter
Noticed oshЫbku Highlight text and press. Ctrl + Enter
We are
What you didn't want to know about EnglandMilitary reform as an integral part of the security concept of the Russian Federation: Systematic dynamic assessment
Military Reviewin Yandex News
Military Reviewin Google News
23 comments
Information
Dear reader, to leave comments on the publication, you must sign in.